The vast majority of us cannot afford the same designer clothes celebrities wear, but a lipstick that they helped create? That’s something that’s more budget-friendly. We can even get the eyeshadow and gloss, too. Normally, that’s what ends up happening because the collections are that good.

There always seems to be a brand-spankin-new celebrity beauty collabs. Some deliver, and others not so much. Then there are those special few that have stood above the rest and featured products that we’re still talking about to this day. Here are the best celebrity makeup collaborations ever:

Before Rihanna was breaking the internet and causing pandemonium at Sephora stores thanks to Fenty Beauty, she was collaborating with MAC Cosmetics in 2013 and in 2014. It marked the first time MAC did a multi-season collection with a celebrity, but it was obvious why. If you were lucky enough to score something from the collection, it was clear then Rihanna knew her makeup. RiRi Woo was inspired by her favorite MAC red, Ruby Woo. This one became as popular as the original.

Is there anything that Chrissy Teigen cannot do? She released a very successful cookbook, had a gorgeous Revolve collaboration and made beauty lovers get weak in the knees at the sight of her BECCA Cosmetics collaboration. It seemed that the supermodel knew exactly what we wanted when she designed the limited-edition palette. There are tons of highlighters out there, but Chrissy’s palette stood out for the best reasons.

Okay, Mariah Carey actually collaborated with MAC Cosmetics twice. Both collections were special and each worthy of their own spot on the list, but we’re going to focus on the first collection because it’s the one that started it all. Mariah first teamed up with the beauty brand in 2015 for a special holiday collection. Need we say more? It was pure holiday joy, filled with sparkle and pure Mariah. Even if there wasn’t an “All I Want” Lipstick, we’re sure it still would have slayed… but the lipstick sure did help.

Gwen Stefani has been killing it on the beauty front since the 1990s. So, when the news dropped she was collaborating with cool-girl brand Urban Decay on a makeup collaboration, we knew that it was going to be a hit (sorry) even before it was released. When the collection dropped in 2016, it lived up to our expectations. It was unique, had amazing packaging and it was very special because it goes down in history as Urban Decay’s first-ever celebrity collaboration.

Are you noticing a trend yet with beauty brands? What can we say, MAC Cosmetics consistently has amazing partnerships. In 2016, Ariana Grande joined a long list of celebs who have teamed up with MAC to help support its Viva Glam AIDS fund. In most of the collaborations, celebrities release a lipstick in their signature shade, but Ariana surprised us by dropping a vampy eggplant shade along with a soft pink lipgloss. The collaboration was such a hit that she followed it up with another one.

Victoria Beckham has transitioned from being a Spice Girl to being a very successful clothing designer. It’s not just clothes she knows. She also knows makeup. Just think about the hype that surrounded her original Estée Lauder collection. It had makeup, skincare-makeup hybrids and we wanted one of everything. Everybody was obsessed with the collection just for the luxurious golden packaging alone. Would we expect anything less from Posh Spice? It wasn’t surprising that the 2016 collection was followed up with a second one.

The Kat Von D x Too Faced partnership is very special because it really brought together two beauty brands. After all, Kat Von D has her eponymous beauty line and it joined forces with Too Faced and Jerrod Blandino. It was the first collaboration of its kind and successful because it fused Too Faced’s peachy keen girly aesthetic with Kat’s edgy, gothic vibe without watering either one down. The collection’s name, Better Together, was very true.

Dita Von Teese’s makeup is as iconic as her wardrobe. She is always immaculately turned out and her red lipstick never looks less than flawless. So, you knew that she was going to deliver a gorgeous red lipstick with her MAC collection from 2015. It’s a shame the collection only had one lipstick because we could have done with another 20 that were as good as “Von Teese” shade. We’re still not complaining. We were dreaming about it since Dita collaborated with MAC on previous Viva Glam campaigns.

Kate Moss and Rimmel have been long-time collaborators and it’s a partnership that just works. Period. She had modeled in countless campaigns before she released her own collection with the brand in 2012. It featured iconic lipstick colors the model frequently wears including her signature red. Like everything Kate touched, it flew off the shelves. Since then, we’ve been lucky to get a few follow up collections including a range of nude lipsticks.

Think back to when Lorde first burst onto the scene. She was known for her long hair, purple lipstick and cool style as much as her amazing songs. Her look might have evolved since then, but we’ll always hold her MAC Cosmetics collaboration from 2014 close to our hearts because it allowed us to achieve her signature dark lippy. We might not be as cool as her, but at least we could experiment with her lipstick.

The Gwyneth Paltrow x Juice Beauty partnership is more than a one-off collection. Gwyneth is now leading the brand and she partnered with them to create her beloved goop skincare line. Pretty much everything the team has created together deserves a spot on the list. A special shoutout goes to the organic makeup Gwyneth and Juice launched in 2017. It was kind to skin and had a formula and color options to rival any other collection.

Katy Perry has already been the face of Covergirl for ages when she unveiled her collaboration with the brand in 2017. You probably don’t need us to tell you that it was definitely worth the wait. The Katy Kat makeup collection had some of the cutest packaging we’ve ever seen in a celeb – nay, any makeup collection. It had major unicorn, mermaid and festival vibes, and we couldn’t get enough.

When the Selena Quintanilla x MAC Cosmetics collaboration was released in 2017, it was special because it was the result of many people campaigning to make it happen. Plus, it was a beautiful tribute to the late singer. The collection reportedly used images of Selena to get exact colors and had the help of her sister, Suzette Quintanilla, to create a fitting tribute to the icon. It’s said Suzette even sent the company some of Selena’s makeup so they could create a collection that would do her proud. Given the massive success of the range, we would say they did.

In 2014, we got an extra special MAC Cosmetics collaboration. We got a three-way partnership with MAC, Kelly Osbourne and her mama Sharon Osbourne. It was really like getting two collaborations in one. Each one had their own individual colors and packages but they could be mixed together to create statement beauty looks.

Nicki Minaj is another one who keeps on delivering with her MAC makeup collaborations. You’re probably thinking about her very sexy nude lipstick from her recent collaboration, but think back to when she and Ricky Martin teamed up with the brand in 2011 and she recreated her signature bubblegum pink lipstick. Or, what about the fun collaboration where she made everyone love lilac lipstick? She delivers every time and we’re already waiting for the next collab.

It’s a sister-sister and celebrity-celebrity collaboration. How often do we get that wrapped up in a gorgeous makeup package? Kylie Jenner had previously teamed up with Khloe Kardashian for a Kylie Cosmetics collaboration. In the summer of 2017, we got the Kylie Jenner x Kim Kardashian collab. If you love a nude lip, this collection was pretty much your dream come true. We had lots of gorgeous nude lipstick shades decked out with neutral packages and plenty of beauty inspo from the sisters thanks to the campaign. 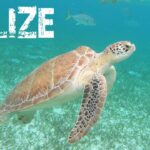 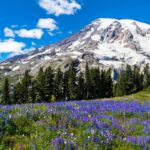