18 Celebrities Who Dropped Out Of College For Fame

Celebrities: they’re just like us! Before some of your favorite stars made it on the big screen or to the top of the music charts, a surprising amount of them took time to hit the books before getting their big break. Can you guess which Big Bang Theory star is ACTUALLY a scientist in real life? Which American Idol winner is actually a trained journalist? Or which band formed because all of its members went to college together?

Believe it or not, these celebs were average college students before they became the stars we know them as today. Whether or not they’re currently putting their college degrees to use is up for debate (which may be a little too relatable for most of us), but it’s surprising to see how their career paths have drastically changed since college. Keep reading to see 17 celebrities who earning surprising college degrees:

Before Gerard Butler made a name for himself as an actor in movies like 300 and Phantom of the Opera, he was actually a lawyer! Butler went to Glasgow University in Scotland where he studied law. In fact, he also served as President of his school’s law society. He took some time off during his senior year to live and work in America but returned to Scotland to finish his degree a year later. After graduating, he worked at a local law firm and was actually fired shortly after. That led him to pursue a career in acting, and the rest is history.

Mayim Bialik plays a brainiac on The Big Bang Theory, but she’s also a scientist in real life. Despite breaking into the entertainment business as a child on the ’90s show Blossom, she pursued a number of other on-screen projects before taking a break from acting and went to UCLA to earn a triple degree in Hebrew, Jewish studies, and neuroscience. Then she went on to pursue a Ph.D. in neuroscience, also from UCLA, giving her Big Bang character Dr. Amy Farrah Fowler a run for her money!

This Academy Award-winning actress attended Harvard University and graduated in 2003 with her degree. Natalie Portman had already begun her dancing and theater training, and she earned her psych degree while simultaneously beginning her career in Hollywood. After graduating from college, Portman traveled to Israel to take classes at the Hebrew University of Jerusalem. When asked about her studies, she once said, “I’d rather be smart than a movie star.”

Shortly before Eva Longoria landed her first television role on Beverly Hills, 90210 in 1998, she was studying science at the Texas A&M; University-Kingsville. The actress earned her undergraduate degree in kinesiology but went on to pursue her acting career instead. Then in 2013, Longoria finished her master’s degree in Chicano Studies at California State University, Northridge. She’s got the beauty AND the brains!

Shaquille O’Neal may have left college early to play basketball in the NBA, but he promised his mom he would return to finish his degree – and he did! He began by studying business at Louisiana State University but left just three years in. He finished his degree in general studies at LSU in 2000 and ended up going back to school in 2012 to get his Ed.D. in Human Resource Development at Barry University. He also has reportedly said he wants to go back to school yet again to pursue a degree in law – soon enough, he’ll have as many degrees as he has basketball awards.

Can you imagine James Franco as a zoologist? It almost happened! The actor considered studying marine zoology but ultimately chose to study English at UCLA. He dropped out after one year but went back to finish in 2006. He then enrolled in three programs at one time 2010: filmmaking at New York University, writing at Columbia University, and fiction writing at Brooklyn College. He also participated in the Warren Wilson College poetry program and took classes at Rhode Island School of Design. Now, he’s working toward his Ph.D. in English at Yale University.

Before he was pumping fists on Jersey Shore, Vinny Guadagnino was a star student. He attended the State University of New York at New Paltz and then graduated from the College of Staten Island with a degree in political science (and a 3.9 GPA!). He then worked as a political aide for an assemblyman in New York while preparing for law school and his LSAT exams when he was offered the opportunity to be on MTV’s Jersey Shore. After being cast in the show, he famously vowed to not “dumb himself down” just for the sake of making good television.

Long before millions of people were keeping up with the Kardashians, Kourtney Kardashian got her start by studying theater arts and Spanish in college. She began at Southern Methodist University in Dallas, Texas before transferring to the University of Arizona where some of her classmates were actress Nicole Richie and basketball player Luke Walton. Her first reality television appearance was on Filthy Rich: Cattle Drive in 2005 before she and her family landed Keeping Up with the Kardashians later that year.

We know him as everyone’s favorite paper salesman, but before he was known for being an employee at Dunder Mifflin on The Office, John Krasinski was a student at Brown University. The year before he attended college, he traveled to Costa Rica to teach English to young students. After coming back to the United States, he earned his degree in English and graduated as an official playwright in 2001. He dabbled in theater performances in New York City before joining the cast of The Office in 2005.

Before she was known for Being Mary Jane, Gabrielle Union was just your average college student. She attended the University of Nebraska, then Cuesta College, and finally UCLA where she graduated with a degree in sociology. During her senior year, she interned with a modeling and talent agency where her boss encouraged her to get her headshots done. She did, and her boss ended up hiring her as a model. In addition to modeling, she began her career in Hollywood with small acting roles before landing a role in the rom-com 10 Things I Hate About You, kicking off her extensive acting career.

Can you imagine Reba McEntire as your elementary school teacher? The country singer originally planned on being a teacher when she attended Southeastern Oklahoma State University from 1974-1976. When she wasn’t in class, McEntire sang at local venues in the area. She was hired to sing the national anthem at a local sporting event that fellow country singer Red Steagall was attending. He was so impressed by her talent, and it was there that her deal with Mercury Records was born.

Rooney Mara, known for her breakthrough role in The Girl with the Dragon Tattoo, first attended George Washington University for a year before transferring to New York University. While there, she studied psychology, international social policy, and nonprofits at the Gallatin School of Individualized Study. She graduated with her degree in 2010, the same year she snagged roles in the remake of Nightmare on Elm Street and The Social Network.

t’s no secret that the band Coldplay has had a wildly diverse and successful career, but it wouldn’t exist without the University College London. Frontman Chris Martin attended UCL in the 1990s to earn degrees in both Greek and Latin. He graduated from the school with high-class honors, but it’s here that he also also met his future bandmates. They originally called themselves Pectoralz, then Starfish, and finally became Coldplay in 1996. Their careers just exploded from there.

Before she was singing “Smelly Cat” in Central Perk, Lisa Kudrow was a biology student. The Friends actress had planned on following in her father’s footsteps by researching the brain and headaches, so she earned her degree in biology from Vassar College in Upstate New York. She went on to work at her father’s company for eight years while also pursuing acting roles on the side. Despite getting a few small roles in the early 1990s, she earned her breakthrough role as Phoebe Buffay in 1994. She went on to star in a number of other movies and TV shows in her career, including Romy and Michelle’s High School Reunion, The Comeback and Web Therapy.

Ken Jeong portrayed a doctor on his NBC sitcom Dr. Ken, but he’s actually a doctor in real life! He attended undergraduate school at Duke University and in 1995 earned his M.D. from University of North Carolina at Chapel Hill School of Medicine. While he was pursuing stand-up comedy gigs in California, he also completed his medical residency in New Orleans. He ultimately became a certified physician in the state of California, but he gave up his career in medicine for roles in works like Community and the Hangover movies.

Today Dwayne “The Rock” Johnson is known for both his WWE and acting careers, but in the 1990s he attended the University of Miami on a full ride to play football for the Miami Hurricanes. Even though he had to stop playing because of an injury, he continued to stay at the school for his education. He pursued a degree in general studies with a focus in criminology and physiology. 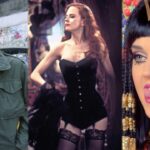 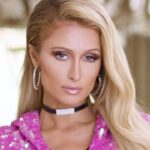