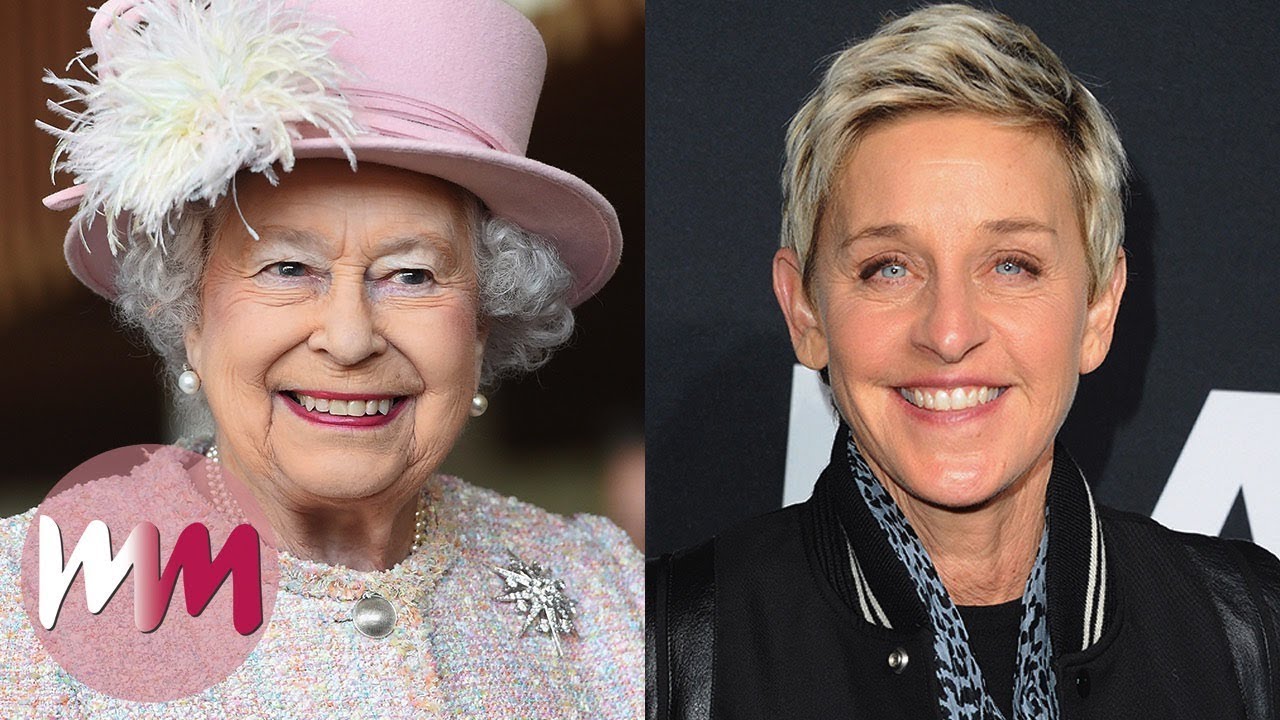 Ever since Prince Harry and Meghan Markle announced their engagement, Royal Family fever has struck the world once more. I’m fairly sure that all of us have wondered what it would be like to be a member of this prestigious and historical house. To have some kind of Princess Diaries-style royal revelation is pretty much every teenage girl’s fantasy! However, the idea of having royal relatives is a pretty distant dream for most of us.

The same isn’t necessarily true for a surprising amount of celebrities. A ton of famous faces have unexpected links to the Queen and her immediate family! Beyoncé, Justin Bieber, and Angelina Jolie are just a few of the celebs that have secret relations in the House of Windsor. Will we have to start referring to Paris Hilton as Her Majesty? Read on to find out!

It’s pretty clear that Beyoncé is the unequivocal queen of the music industry, but did you know she’s related to actual royalty too? Shared French heritage links Queen B to English King Henry II, a distant ancestor of the current British Queen. The two women are 25th cousins, once removed! I think this warrants Beyoncé getting her own set of crown jewels: let’s face it, they’d seriously suit her. It also means that B’s children, Blue Ivy, Sir, and Rumi, are distant cousins of Prince George and Princess Charlotte. That’d be one hell of a royal play date… Somebody needs to make it happen!

Talk show host Ellen DeGeneres was pretty thrilled when she found out she counts royalty among her relatives. She’s a relative of the Duchess of Cambridge, aka Kate Middleton, aka the mom of the cutest little Prince ever. Ellen’s main priority after discovering the news was to jokingly try to arrange a meeting with the utterly adorable Prince George. She even promised him a personalized bathrobe from her ED clothing line! We’re not sure if this clearly very important meeting took place, but we really hope it did. Ellen and Kate are distant cousins thanks to their shared ancestor Sir Thomas Fairfax, a prominent nobleman in the English Civil War.

She was once the Queen of Pop, but it turns out that Madonna has some real-world royal links too. She’s the ninth cousin, once removed of Camilla Parker-Bowles, better known as the second wife of Prince Charles. The two come from the same prestigious 17th-century French-Canadian family. Crooner Celine Dion is another member of this famous line! As if that’s not enough, Madge’s ex-husband Guy Ritchie is also related to the royals through the Duchess of Cambridge (better known to us commoners as Kate Middleton, one half of Will and Kate). So many interesting links in one family!

Fun fact: former Lizzie McGuire star Hilary Duff is the closest American celebrity relative to Queen Elizabeth II! She’s the Queen’s 18th cousin through their shared ancestor King Edward III, who died all the way back in 1377. Sure, it’s a pretty distant connection, but it’s cool none the less! She might not be about to live her very own Cinderella Story, but Hilary still has some pretty impressive royal credentials. She’s also a descendant of Catherine Car, a woman widely believed to be the illegitimate daughter of the infamous King Henry VIII. Surely that warrants a royal family reunion! Buckingham Palace better get on it.

Back in 2014, Queen Elizabeth II made actress and humanitarian Angelina Jolie an honorary Dame to recognize her work in tackling sexual violence in war zones. The two women probably didn’t realize at the time that they’re actually distantly related! They’re 26h cousins due to their shared descent from King Philip II of France. Funnily enough, Jolie’s ex-husband Brad Pitt is also related to Queen Liz through a different royal ancestor. He’s her 25th cousin twice removed through his relation to King Henry II of England. That must make Brangelina’s kids pretty royal indeed, if incredibly distantly!

Just like Hilary Duff, famous siblings Jake and Maggie Gyllenhaal are cousins to the British royals through shared ancestor King Edward III. They’re a tad more distant than Duff, though, only being the Queen’s 19th cousins. Well, there goes THEIR invite to Christmas dinner at the palace! The Gyllenhaals’ upper-class connections don’t end there, mind! They’re directly descended from Hans Gyllenhaal, the 17th century head of a prominent noble Swedish family. Despite all of these prestigious links, Jake still seems to be most famous for being the subject of a Taylor Swift album. Go figure.

Twilight star and professional grumpy person Robert Pattinson has a couple of interesting faces in his family tree. For one, he’s supposedly a descendant of the infamous Vlad the Impaler, a not-so-nice fellow who was the inspiration behind Dracula. It’s kind of a neat connection for someone who played the sparkliest vampire in film history! Pattinson is also allegedly a cousin of Princes William and Harry through a distant relative on Prince Charles’s side. R-Patz once told talk show host Graham Norton that he plays on the connection by telling people he went to drama school with Wills himself. It’s a lie, but a humorous one at least.

Turns out Tom Hanks has a whole host of significant relatives. For starters, he’s a descendant of former President Abraham Lincoln. The two are third cousins, four generations removed from Hanks’s mother Nancy. As if that’s not enough, Hanks is the 24th cousin of Queen Elizabeth II through the infamous medieval monarch, King John. However, the connections between Hanks and the Queen don’t stop with blood. In 2015, a Chinese sculptor felt slightly embarrassed when onlookers claimed his new bust of the Queen resembled the Toy Story actor. Hey, the guy was clearly just making a statement about the two’s familial bond!

President Obama’s heritage was a somewhat contentious subject during his two terms in office. Don’t worry, though – we only have good things to say about Barack’s family history! For one, he’s related to a ton of ex-Presidents, including both Bushes, James Madison, Harry Truman, Gerald Ford, and Lyndon Johnson. He also counts actor Brad Pitt among his distant cousins. Most importantly, though, Obama is also the ninth cousin twice removed of the Queen! I wonder if they chatted about their shared heritage on state visits? Interestingly, Obama’s opponent in the 2008 election, John McCain, claimed to have to royal relatives himself. However, this was roundly debunked. Despite McCain’s protestations, he has no link at all to Scottish king Robert the Bruce.

To be honest, it’s not much of a surprise that delightfully posh British actor Hugh Grant counts the royals among his relatives. The floppy-haired heartthrob is the Queen’s 20th cousin thanks to his mother’s connection to Henry VII, England’s first Tudor king. As if that’s not enough, Grant also has links to Scottish royalty: he’s a relative of James IV, who ruled back in the Middle Ages. More recently, Grant’s relatives have included Princess Diana and Kate Middleton. Those are some pretty strong noble credentials! No wonder Richard Curtis picked Grant to portray the Prime Minister in Love Actually!

Yep, we’re serious. Infamous socialite and professional famous person Paris Hilton is a relative of the Queen. She’s another famous face who’s descended from Henry II (that guy clearly got around). Consequently, she’s Queen Liz’s 20th cousin. This raises a lot of questions. Does the Queen like to highlight this particular connection, or does she sweep it under the carpet? Is the Royal Family aware of Hilton’s infamous sex tape? Is Paris going to launch yet another reality show in which she undergoes a Princess Diaries-esque transformation into a ‘proper lady’? To be honest, we’d watch that.

Alec Baldwin’s connection to the British Royal Family is one of the most impressive out there. The actor and professional Donald Trump impersonator is the Queen’s 29th cousin, twice removed. Doesn’t sound like much, right? However, the identity of their shared ancestor is the really extraordinary part. They both descend from King Aethelred the Unready, who ruled England between the years 978 and 1016. That’s right – Alec’s royal blood goes back a literal millennium! Aethelred isn’t the only historical figure to feature in Alec’s genealogy. He’s also a direct descendant of John Howland, one of the passengers on the Mayflower. Pretty cool, huh?

Game of Thrones star Kit Harington has quite a few famous faces in his family tree. He’s a cousin of the Queen through the party-loving Stuart king Charles II. Charles famously restored the British monarchy after the 17th-century English Civil War. Nice! Slightly awkwardly, Harington’s also related to a historical figure who tried to murder a different English king! Harington is a direct ancestor of Robert Catesby, who tried to blow up King James I in the infamous Gunpowder Plot. Harington recently decided to play up that particular connection. He produced and starred in a TV drama about his ancestor’s antics, aptly named Gunpowder. Here’s hoping his distant cousin Queen Liz wasn’t watching…

Canada’s premier pop superstar has connections to a whole load of famous faces from his home country. The Biebs’ super-talented distant cousins include Avril Lavigne, Celine Dion, and Ryan Gosling. He’s also got links to fellow singers Alanis Morrisette and Shania Twain. Impressive, right? However, Bieber also has some prestigious family connections from slightly further afield. Justin is the Queen’s 11th cousin three times removed! It’s a little bit too distant for him to receive an invitation to afternoon tea at the palace, but it’s something none the less. Maybe Bieber can pop in and say hi the next time he’s touring England?

Over her acting career, Glenn Close has portrayed quite a few British royals. She won a Golden Globe for her portrayal of Eleanor of Aquitaine, wife of King Henry II, in The Lion In Winter. She’s also played a future English queen, starring as Henry VIII’s daughter Mary in Rex. However, Close’s links to royalty go further than her acting roles. She’s actually the 24th cousin, twice removed of the present Queen. The two are both descendants of King John, a pretty terrible king whose lineage thankfully produced these two boss women. All’s well that ends well!

Turns out that Suits actress Meghan Markle isn’t just a royal by marriage. Markle is actually a distant relative of her fiancé Prince Harry! WHAT?! Don’t worry — the connection doesn’t make things weird. If we were famous, people would probably uncover that some of us were distantly related to our SOs, too. She’s Harry’s 17th cousin due to both being a direct descendant of English King Edward III. It doesn’t stop there, though: Meghan has one other slightly more awkward royal connection! Turns out Harry’s ancestor King Henry VIII executed one Lord Hussey, a distant ancestor of Meghan’s. Oh dear. Let’s hope family relations have improved a bit since then, eh? 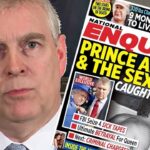 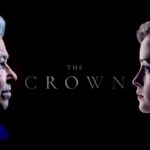