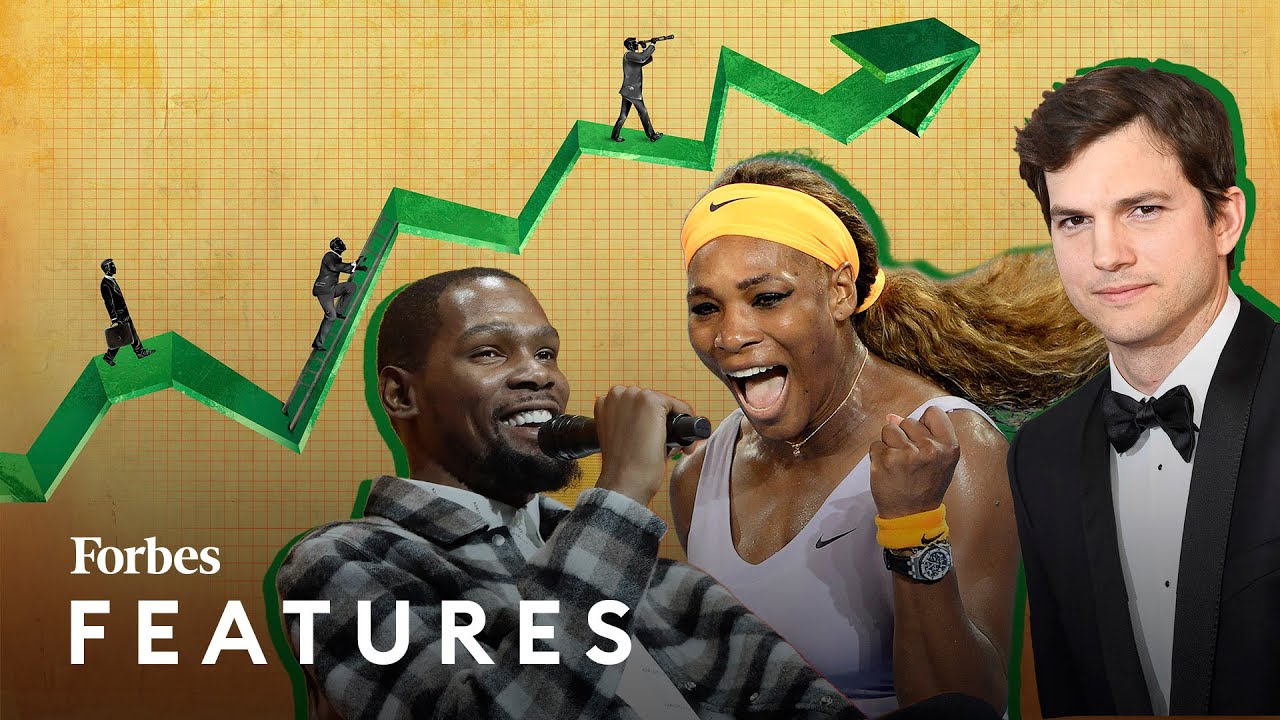 Advertising is a tricky game, and brands are always looking for that extra little something to beat the competition. Often, that push comes in the form of a celebrity endorsement, and brands are willing to spend big to get the right name.

While some celebrities are quitting social media, others are using their profiles to capitalize on advertising opportunities. Likewise, many music artists use their videos as prime product placement slots. Lots of other stars stick to more traditional TV commercials and print ads. But no matter what, all of these stars are earning huge paychecks for lending their name to commercial products.

George Clooney is that rare star where women want to be with him, and men want to be like him. That makes him a valuable advertising commodity, and Nespresso was willing to pay him the big bucks. In 2017, he reportedly made an insane $40 million for appearing in ads for the coffee company. He’s also appeared in commercials for Fiat, Martini vermouth, and Omega watches. If you can’t tell, Clooney is the ideal face for classy brands everywhere.

Sofia Vergara is the highest-paid actress on television, but she’s not making the majority of her money from Modern Family. The show pays her well, but much of her earnings come from a variety of top sponsorships. Since 2011, she’s reportedly earned around $100 million for her deals with brands like CoverGirl, Head & Shoulders, and Pepsi. That’s pretty impressive, especially considering Sofia was completely unknown in the US before getting cast on the ABC sitcom. The show is ending in 2019, but I have a feeling Sofia’s bank account will be just fine.

Many of the most sought-after celebs for endorsement deals are athletes. The top sports stars lend their names to a wide variety of brands, and no one fetches a higher price than LeBron James. His loyal fanbase and achievements on the court have made him incredibly popular and earned him a lifetime deal with Nike that’s supposedly worth one billion dollars. Yes, billion. That’s tough to even imagine, but it’s not even the only thing LeBron has going for him. He’s also advertised for global brands like Coca-Cola, McDonald’s, Dunkin’ Donuts, and Samsung.

Some endorsement deals can be a little embarrassing. Many personalities would never do a commercial for adult diapers, but Real Housewives star Lisa Rinna saw a golden opportunity. When she was offered the chance to do a Depends commercial, she demanded a $2 million payday to make up for the less than ideal product. You know when people ask how much money it would take to get you to do something? Lisa came up with the answer to that question, and she went home much richer.

Being the fastest man in the world comes with some pretty sweet perks. Usain Bolt has had an endorsement deal with Puma since he was a teenager, but things have changed as he’s achieved more success. In 2013, Puma gave him a new deal, in which he gets paid $10 million a year. That’s some major cash, and the brand also sends supplies to his high school every year. Bolt also has deals with Gatorade and Virgin Media, which means he’ll be just fine even though he’s retired from competition.

As the most-followed person on Instagram, Selena Gomez is the ideal client for any brand to work with. Of course, that means she can demand some pretty high endorsement fees. Since 2017, she’s been a brand ambassador for Coach, and they paid her more than $10 million. She even has her own collection of handbags with the famous brand, which is pretty cool. While Coach keeps her fashionable, she also has a deal with Puma for sportswear. She must get a lot of free clothes, and I am very jealous.

Jennifer Aniston is beloved for her role on Friends, but you probably see her just as much in commercials. In 2015, she signed a huge $5 million deal with Emirates Airlines, which is enough to buy a lot of first-class tickets. That might be her biggest single deal, but she’s advertised for lots of other brands. She’s appeared in ads for L’Oreal, SmartWater, and Aveeno, just to name a few. Way back in 1995, she and Friends costar Matthew Perry even recorded an instructional video for Microsoft.

As one of the best tennis players (and athletes) in history, Serena Williams has a prime selection of endorsement deals. Her top sponsorship is with Nike, who has provided her athletic apparel since 2003. Her initial contract with the brand was for $55 million, but she also gets huge bonuses whenever she wins major tournaments or achieves other milestones. Throughout her career, she’s also had endorsement deals with major brands like Delta Airlines, Beats by Dre, and Gatorade. Serena is a legend on the court, but she’s also a savvy businesswoman who really knows her stuff.

Matthew McConaughey’s combination of good looks and laid-back swagger make him a desirable choice for many brands. As a spokesman, he seems relatable, but still very cool. He’s tapped into this persona for numerous ad campaigns, including his infamous, rambling Lincoln commercials. He’s also the “creative director” for Wild Turkey whiskey, for which he gets paid a reported $4 million. I’m not sure how real that job is, but he’s taking home the cold, hard cash either way.

Penelope Cruz is one of Hollywood’s most sultry actresses, and everyone would love to have hair like hers. L’Oreal clearly knows this, which is why they pay her $2 million a year for her endorsement. She’s been a spokesperson for the brand since 2006, which makes this one of the longest-lasting partnerships on this list. Penelope has also advertised for clothing brands like Ralph Lauren and Mango, but hair and makeup are her best areas. She’s also an Oscar-winner, so she has plenty of talent to go along with her luscious hair.

Kylie Jenner has made millions from her cosmetics brand, but she also does lots of promotion for other companies. When she was still a teenager, Kylie nabbed a million-dollar brand ambassadorship with Puma, creating her own collection for the sportswear company. Much of her advertising takes place on Instagram, rather than traditional TV commercials. She makes bank from sponsored posts for companies like SugarBearHair, FitTea, and Waist Trainers. She taps into a market that’s completely different than George Clooney or Matthew McConaughey.

Chanel No. 5 is a fragrance primarily meant for women, but in 2012 they decided to get a little creative with their marketing. A-list star Brad Pitt appeared in a commercial for the iconic fragrance, and it was widely mocked. He just stood there and said some confusing words about dreams and journeys, and people were not impressed. Regardless of the reaction, Brad still made a gigantic $7 million for the ad campaign. Pitt has also inked endorsement deals with major brands like Heineken and Acura, securing his status as one of the most desirable men in Hollywood.

For the most part, Taylor Swift likes to keep a pretty low personal profile these days. She doesn’t go to a lot of events, and brand endorsements are not a big part of her life anymore. But in the past, she’s had deals with some of the biggest brands out there. Back in 2014, she signed a massive $26 million deal with Diet Coke, and she’s tied in her album releases with Target, Walgreen’s, and Keds, among others. Even if Taylor seems too cool for stuff like this now, there’s still big money to be made.

Julia Roberts has long been known as one of the most idolized actresses in Hollywood. When she first signed a deal with Lancome in 2009, she was being paid $20 million. That’s already a ton of money, but apparently everyone involved agreed that she was worth even more. The next year, the deal was renegotiated to an incredible $50 million, which is probably the biggest raise ever. Julia is the perfect fit for the beauty brand, and they obviously don’t want to lose her.

Floyd Mayweather is definitely not a great guy, but plenty of sponsors don’t seem to care. Despite all the problematic things the boxer has done, he’s able to rake in huge money for endorsements. Last year, in his major fight with Conor McGregor, Floyd made $25 million just from selling space on his clothes that he wore in the ring. Lots of athletes put logos on their uniforms, but few can make money like that for tiny little patches. Maybe in the wake of the #MeToo movement, things will change for Floyd Mayweather, but right now he’s still a bankable star for brands.

Many celebrities like to stick with certain brands when they find a good fit. South African beauty Charlize Theron has been starring in campaigns for Dior’s J’adore fragrance since 2004, and it’s a match made in heaven. She’s just as classy as Dior, and she always looks stunning in the ads they put together. She was already making plenty of money when the partnership first started, but at some point, she negotiated an 11-year, $5 million-per-year contract extension. That means you’ll be seeing her in perfume ads for a long time, not that we’re complaining.

Like her little sister Kylie, Kim Kardashian is a power player in the endorsement game. She’s plugged many of the same types of products as Kylie, and with an Instagram following of over 100 million, she commands a staggering per-post rate. She can reportedly charge over half a million dollars for a single Instagram post, but brands are more than willing to hand over the cash. She’s also done more traditional advertising in the past, like viral commercials for Hardy’s/Carl’s Jr. and T-Mobile. Not everyone has a positive opinion of Kim, but that hasn’t stopped her from becoming a major bonus for advertisers.

Boxing star George Foreman might seem random compared to a lot of the people on this list, but he really belongs here. Since attaching his name to the famous Foreman Grill, he’s made $200 million from the cooking products. Before Foreman was involved, they were just called Salton electric grills, and nobody really cared. But once George Foreman put his name on the products, they started flying off the shelves. It was a genius move, and everyone involved got very rich.

When it comes to celebrity status, Beyoncé is pretty much at the top of the heap. Few stars have more appeal than her, which is why Pepsi paid her $50 million dollars in a 2012 contract. She’s worked with the soda brand since 2002, putting her among other icons such as Britney Spears and Michael Jackson. She’s also helped advertise for brands such as Emporio Armani and Tommy Hilfiger. On top of all that, she is also a part-owner in her husband Jay-Z’s music streaming service TIDAL.

It’s been years since David Beckham finished his professional soccer career, but he’s still endorsement gold. In 2003, he signed a lifetime deal with Adidas worth $160 million, over half of which he got at the time of signing. He’s appeared in ads for Coca-Cola and IBM, and he once earned $13 million just for putting his name on a fragrance. He and his wife Victoria Beckham are seen as one of the world’s most stylish couples, and they’ve both done work for major fashion brands. Sounds like things are going just fine for the Beckhams. 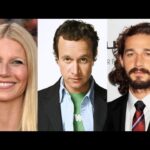