Celebrities are just like us — in good ways, and bad. One of the bad things celebs and mere commonfolk have in common? A proclivity for cheating. It’s basically the worst thing anyone can do in a relationship. Famous people have fans throwing themselves at them all day, and while any decent person resists those impulses, some celebs just don’t care. Despite their every move being watched, some stars still cheat on their partners.

Many celebrity cheating scandals have been made very public. While that’s pretty invasive, it’s also pretty fitting: if you cheat, you deserve to get exposed! These controversies have rocked Hollywood, ruined marriages, and in a few instances, destroyed the celeb’s image completely. Here are the big stars in Hollywood who have gotten caught cheating!

Scwarzenegger not only admitted to cheating on his wife with the housekeeper — he had an illegitimate baby with his affair partner, too! Even worse was the fact that his illegitimate son was born five days after his fourth child when then-wife Shriver was born. Yeesh. Arnold himself admitted to the affair, and the child, to Shriver — and then told the whole world about it during a press conference. The two separated soon after, and despite beginning divorce proceedings, their divorce has not yet been finalized.

In the early ’00s, Simpson and Lachey were the it-couple of the time. They even had an MTV show chronicling their time together as newlyweds titled, aptly, Newlyweds: Nick and Jessica. But the two split after only a few years of marriage when several rumors emerged alleging Simpson was cheating. The pop songstress was linked to Johnny Knoxville, Bam Margera, and Adam Levine during different parts of her marriage, though no affair has actually been confirmed. For his part, Lachey told a magazine soon after their split that he wasn’t even sure if there were other men and did not deny or confirm the rumors. Mostly they blame their divorce on being on a reality show, saying they forgot how to be themselves when they were alone.

This one was wild. Grant and Hurley were the hottest couple in the world at the time, and after eight years together they had a pretty solid relationship. Or so they thought. When Grant, a huge Hollywood star, was arrested with a sex worker everything changed. He not only cheated on Hurley but he was paying for sex. Why you would want someone else when you have Elizabeth Hurley at home is beyond me but to each their own. Shockingly, she stayed by his side through the scandal and kept mostly silent on the controversy. The two did eventually split but still report being close friends to this day.

Sandra Bullock is America’s sweetheart, and her ex is an American jerk. The biker admitted publicly to cheating on Bullock with multiple women throughout their relationship. And didn’t really show a whole lot of remorse. He went on to date, and get engaged to, Kat Von D but they, too, split because James was unfaithful yet again. He’s since remarried, for the fourth time, and claims he has no regrets for the cheating because it led him to the life he has now. Here’s to hoping he doesn’t screw it all up again. Or he can, we honestly couldn’t care less.

America’s golfer darling turned out to be a total fool. Woods initially tried to deny claims that he was unfaithful to his wife until it all began to unravel at once. He eventually admitted that there had been “transgressions” in his relationship, and the floodgates opened with tens of women saying they’d had an affair with the disgraced athlete. He lost several endorsement deals, and his wife, during the scandal. Wood’s career and image have never been the same since, TBH.

When a woman tried to extort Hart with incriminating sexual videos, the comedian knew he had to come clean about his cheating. He admitted to the world, and his longtime partner, that he cheated on his then-pregnant wife in a single incident. While it was a deplorable thing to do, to his credit, he did own up to his mistakes and admit that he was completely guilty and wrong. The two have since had their baby and are actively working on their relationship. And I’ll bet Eniko has all his passwords now.

This one was all kinds of messed up. Crudup left his seven-months-pregnant girlfriend Parker for Claire Danes very publicly. Their split made waves through Hollywood as he abandoned his relationship of eight years for a new fling with a costar. His relationship with Danes didn’t quite work out either, as the two split after four years and Danes met and then married her current husband Hugh Dancy. The worst part of this all? Parker has to put up with that cheating jerk for the sake of their son together.

Cheating on your wife is always bad, but it’s even worse when she’s also your co-star. These two One Tree Hill stars met on the set of the hit show and got hitched soon after. They separated only five months after they were married due to rumors Murray cheated on Bush with Paris Hilton. Bush has reflected on the relationship in recent years and said they were too young to be married, anyway, but nonetheless she doesn’t make excuses for Murray’s behavior. The two still had to work together for years on their hit show, but luckily the writers decided to burn the bridge of their relationship after a few seasons!

The Kardashian empire began with this famed couple, but one of them couldn’t stay committed. It was momager Kris that strayed, cheating on her then-husband with Todd Waterman. Kris admitted the affair in her 2011 memoir and the couple’s children have talked about it, too. Khloe Kardashian noted on her show Kocktails with Khloe that the affair “destroyed [her] dad.” Robert Kardashian Sr. passed away in 2003, but Jenner has only spoken fondly of their life together despite the infidelity. And she even admits she wishes they had never divorced! Maybe you shouldn’t have cheated, then, Kris!

How could anyone cheat on Ellen?! These two rocked Hollywood when they hooked up after Heche appeared on her girlfriend’s hit sitcom. They were together for four years until Heche reportedly cheated on DeGeneres with a cameraman. Oof. She ended up staying with him… until she allegedly cheated on him soon after, too. Guess what they say is true: once an (alleged) cheater, always an (alleged) cheater. As for Ellen, she’s done very well for herself and is happily married to Portia De Rossi.

These two were the biggest It-couple in Hollywood when the news broke that Phillippe was apparently a cheater. It was alleged that he cheated with costar Abbie Cornish on the set of a movie they were doing together. The former Cruel Intentions co-stars wound up filing for divorce soon after the rumors surfaced, which to many was confirmation of infidelity. And then there was the fact that he dated Cornish for two years immediately after (or, during) his divorce. Yeah, not a good look dude. Reese and Ryan continue to co-parent their two children together and Reese has remarried since the tumultuous split.

There was a time where J.Lo and her love life were all you would read about in the tabloids. When she married actor Cris Judd, it seemed like her dating days were over. Until she allegedly cheated with Gigli co-star Ben Affleck. Judd and she were quickly divorced despite only being married for nine months. Soon #Bennifer was everywhere, culminating in an engagement, and later a break-up. Maybe if they had stayed together she could have talked Affleck out of that awful back tattoo. Since their split, there have been rumors of her boyfriends cheating on Jenny from the block, including Marc Anthony and Alex Rodriguez. Who knows…

When the teen dream couple split up in the early aughts, it seemed like love was dead. Rumors swirled that the “Lucky” singer cheated on her *NSYNC boyfriend. Neither of them confirmed or denied — until JT released a music video that seemed to confirm the rumors. The video for his song “Cry Me A River” featured a Britney look-a-like getting caught cheating on JT. Brit’s long since moved on from their teenage love affair, but Justin can’t seem to get over it – he brings her up in interviews all the time!

Like father, like son. DTJ and his wife just announced their plans to divorce and immediately the talk to turned to rumors of infidelity. With someone very specific, in fact: Danity Kane singer Aubrey O’Day. The President’s son and the pop singer met when she was on The Apprentice and allegedly began an affair. One of the biggest smoking guns is O’Day’s song “DTJ” (ahem) which features a recreation of a phone call between her and a man who is leaving her to go back to his family. New reports are suggesting that the two were even trying for a baby during their affair! Like – WHY?!

This is one rollercoaster of a relationship. Law was caught cheating with the nanny and even apologized publicly for his actions. But when Sienna’s phone was hacked, all of her dirty laundry aired for the world to see as well. There was a voicemail played in court that Sienna left actor Daniel Craig, ending in “I love you.” She says that it’s just how she ends phone calls, but the actress’s driver said otherwise. And Law even tried to back peddle the affair so much to the press that it would look like she cheated first! They had a brief reconciliation after all the drama, but things didn’t work out.

This was the breakup story no one could escape. Aniston and Pitt were *literally* the hottest couple in Hollywood. And then they called it quits and another person entered the picture: Angelina Jolie. Pitt and Jolie met while filming Mr. & Mrs. Smith and hit it off from there. Of course, he was still married when they were filming. The common consensus was their budding affair caused the split between Aniston and Pitt, though, again, no confirmation. Brangelina stayed together, adopted a whole bunch of kids, and even got married. But after 12 years together, the couple split in 2016 and it didn’t seem amicable.

Is there a bigger cheating scandal?! Stewart and Pattinson were the fave couple of Twilight fans everywhere. One day, very public photos were released of Stewart and her Snow White and the Huntsman director Rupert Sanders kissing on a bridge. The fact that the two would take their affair out in public where they could easily be photographed is baffling. But it happened, and the world found out about the affair at about the same time Pattinson did. The couple split shortly after dodging all our hopes for Bella and Edward to end up together in real life. 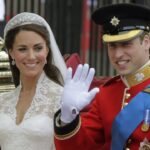 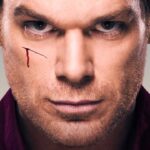