How much is Cee Lo Green worth?

From the ‘Dirty South’ with Goodie Mob to going ‘Crazy’ with Gnarls Barkley and throwing up a big middle finger with his mega-hit ‘F**k You.’

Who Is Cee Lo Green

Known for his crooning soulful sounds and inventive musical creations, Cee Lo Green first made a name for himself in the southern hip-hop group Goodie Mob. Acting as frontman to the duo known as Gnarls Barkley, Cee Lo became globally recognized after the group’s pop-soul single ‘Crazy’ became an international hit. His solo endeavors proved to be just as successful as evidenced by his infectious single ‘F**k You.’ As a singer, songwriter and producer, Cee Lo manages to consistently deliver a full package of creative edge and raw singing talent that is so rarely seen in today’s music industry.

Cee Lo Green’s total net worth is ballparked at $25 million dollars, as of 2021.

Cee Lo Green was born Thomas DeCarlo Callaway in Atlanta, Georgia on May 30, 1974. Having ministers for parents, Callaway got his musical beginnings in his church where he soaked up the rich gospel sounds that would later influence his musical style. Callaway experienced loss at a young age when his father died when he was just two years old. At age 18, Callaway’s mother passed away after an accident left her paralyzed two years earlier. The tragedy struck him just before his music career took off with Goodie Mob under his new stage name Cee Lo Green.

Goodie Mob released their first album, Soul Food, in 1995. The album put Atlanta on the hip-hop map with a new music scene called Dirty South, a name coined from the album’s eponymous track. With the help of another Atlanta-based group, OutKast, the genre earned a place as one of the major hip-hop American genres.

After their freshman achievement proved a success, they recorded a second album, Still Standing, in 1998. Although both Goodie Mob and OutKast were part of the same musical collective Dungeon Family, the latter gained fame that towered to mainstream heights. Goodie Mob was unable to match the burgeoning success of their local contemporaries and when their third album took a stylistic turn to try to match the style of OutKast, Cee Lo dropped out to pursue a solo career.

Cee Lo had little trouble getting a solo deal started under his former label Arista. His debut album, Cee Lo Green and His Perfect Imperfections (2002), stood out with its blend of soul, R&B, hip-hop and funk as something unlike anything seen from his contemporaries. Even though he had enough raw talent to fuel his solo career, Cee Lo decided to collaborate with musician Brian Burton, better known by his stage name Danger Mouse, to create a fine music-making machine they dubbed Gnarls Barkley.

Danger Mouse brought more than just musical accompaniment—with an afro topping his tall, lean physique, he provided a stark contrast to Cee Lo’s bald head and round, squat stature. To create an even stranger dynamic, the two had a habit of donning crazy assortments of costumes for their performances, winning a reputation for flamboyant showmanship. Even their music videos reflected their quirky personal style, ranging from psychedelic to retro to just straight bizarre.

In the course of their partnership as Gnarls Barkley, they became something of a global sensation. Their first album, St. Elsewhere, became an international pulse with the super-single ‘Crazy’ getting airtime worldwide. The incredible popularity was accompanied by the ravings from respected critics, including Rolling Stone magazine, which listed the single as #1 on the 100 Best Songs of the ’00’s Decade. In 2008, Gnarls Barkley released their sophomore effort, aptly named The Odd Couple, which also fared well overseas and sparked a number of singles.

Taking a break from Gnarls Barkley, Cee Lo revived his solo career and produced an album titled The Lady Killer (2010). The album could not be ignored as its catchy single, ‘F**k You,’ managed to charm (and not offend) the world with its excessive expletives laced into a whimsical neo-Motown tune. The album was named Time magazine’s #1 song of 2010 and could be found storming the globe with its viral popularity. Joined by actress-gone-singer Gwyenth Paltrow, Cee Lo performed the sanitized version (‘Forget You’) for the 2011 Grammy Awards show, where he had earned four nominations, winning one.

Cee Lo is a self-professed ladies’ man, hence the name of his 2010 album. But the musician managed to buckle down to marry Christina Johnson, with whom he had a son while also adopting her two daughters from a previous marriage. The union did not last and the couple eventually divorced.

Cee Lo Green is an overall musical virtuoso who continues to refine his craft with every album he puts out. So much of Cee Lo’s well of artistic depth remains untapped and the world awaits, panting with anticipation.

Defining Quote “With times being so trying and tensions being so high, we all sometimes need an opportunity to say ‘F**k You’ out loud and break rules, just for a moment.” 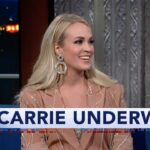 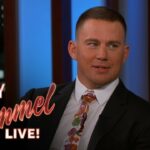