How much is Cedric the Entertainer worth?

Who Is Cedric the Entertainer

Comedian and actor Cedric the Entertainer has a name with a lot to live up to — he’s literally telling audiences up front that he’s going to be entertaining. It’s a name to which he’s capable of living up, however, with a huge and varied resume that spans stand-up comedy (he was part of The Original Kings of Comedy) to television to movies to hosting his own game show. Cedric has his hands in nearly every piece of show business, finding success with his straightforward honesty and, above all else, a desire to always entertain.

Cedric the Entertainer has a net worth of $25 million dollars, as of 2021.

Cedric the Entertainer on Television:

After several successful stand-up appearances on TV, Cedric the Entertainer was named host of ComicView on BET for one season in 1993. Three years later, he returned to television as the best friend of Steve Harvey on the comedian’s WB sitcom The Steve Harvey Show, which aired from 1996 until 2002.

After a guest appearance on the TV Land sitcom Hot in Cleveland, Cedric received his own spin-off series, The Soul Man, in 2011.

In 2013, Cedric was named as the new host of the syndicated game show Who Wants to be a Millionaire?. 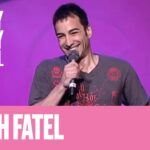 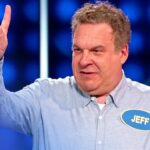