How much is Catherine Bell worth?

Catherine Lisa Bell is an Iranian-American actress, model, and producer that was born in London, England. She is best known for her roles in the legal drama television series JAG from 1997 to 2005, where she played the role of Lieutenant Colonel Sarah MacKenzie. After the conclusion of that show, she landed main roles in the films and series Army Wives and The Good Witch among many others.

She was born on 14 August 1968 in London, England. She is the daughter of Peter Bell, a Scottish businessman, and Mina Ezzati, an Iranian nurse. Her parents met in Iran while her father was working as an architect for an oil company and they continued their relationship in London where her mother was studying nursing. The two divorced just when Catherine was two years old and she was raised by her mother and her maternal grandparents.

Iranian-American actress, producer, and model Catherine Bell has an estimated net worth of $6 million dollars, as of 2023. Bell is known for her role as Lieutenant Colonel Sarah MacKenzie in the television series JAG from 1997 to 2005.

“I started acting when I was about 18. I was a model for a couple of years before that,” Catherine Bell has said. She was raised in the San Fernando Valley in California, where she was exposed to diverse influences and spoke Persian at home. During her teenage years, she wasn’t really interested in acting and instead had a passion for other things such as football and skateboarding.

In the late 1980s, she enrolled at the UCLA (University of California, Los Angeles) and considered a career in research or medicine. Eventually, after receiving an offer to become a model, Bell left UCLA and pursued a modeling career in Japan.

After a short stint as a model in Japan, she returned to the United States in the early 1990s and decided to try acting. She studied in the Beverly Hills Playhouse alongside Milton Katslas and, in the meantime, she worked as a massage therapist at the Peninsula Hotel for eight years.

Bell’s television debut came in the 1990 sitcom Sugar and Spice where she had just one line. Towards the mid-1990s, she landed roles in True Colours, Mother of the Bride, Dream On, and Vanishing Son. In 1996, she was able to win the main role of Lt. Colonel Sarah MacKenzie in the legal drama JAG, where she reprised from seasons 2 to 10.

Concurrently with her work in that show, she also appeared in other projects – Hot Line, Hercules: The Legendary Journeys, Penn and Teller’s Sin City Spectacular, and Thrill Seekers.

After the conclusion of JAG in April 2005, Catherine continued to work mostly in television series and realities. In 2007, she became a main cast member of the drama television series Army Wives. She portrayed the role of Denise Sherwood for six years until the show’s conclusion in June 2013.

Catherine’s career truly hit its peak in 2008 after she got the role of Cassandra (Cassie) Nightingale in the television film The Good Witch. Thanks to her highly praised acting skills, she was asked to reprise the role of that character in all other six sequels and television series. Besides having the main role in them, Catherine became an executive producer of all of The Good Witch projects throughout the past decade.

Catherine Bell’s film debut came in the 1992 black comedy Death Becomes Her, where she played the role of the stunt double of Isabella Rossellini. Throughout the rest of her career, she made several appearances on films like Men of War, Black Thunder, Bruce Almighty and Babak and Friends. In total, it is estimated that Catherine Bell’s career earnings are $13 million dollars.

On average, over her 31 year career (1991-2022), Bell has earned $419,000 per year. That would make her effective tax rate about 28% for federal income tax and at about 12% for her California state tax, with an overall effective tax rate of about 40%. However Bell’s earnings in some years have been far higher than in others. It seems more likely that she has paid about 48% tax on her earnings because of the high earnings years, but also because during the 2000s federal income tax rates were lower.

Catherine Bell was married to Adam Beason between the years of 1994 and 2011. They have two children together. Beason was also earning during the years they were together, he was working as a filmmaker while she was working as an actress. Bell may have earned more than Beason, however, in the event of a divorce it likely put some of the burden of child support on Beason. However, the amount is being considered negligible in this net worth calculation.

Catherine Bell is active, she keeps herself in good shape and does skiing, snowboarding and kickboxing. She also has her hobbies that include cross-stitching and making model cars, which she has done since she was eight years old. She is involved in scientology and has demonstrated an aptitude to invest her money into real estate.

In 2010, she sold a 5,700 square foot Calabasas home for $1.95 million to Jason Kubel, a professional baseball player. In 2015, she also invested $2.05 million into a 3,380 square-foot home in the Hidden Hills area of Los Angeles. While not everything is known about her investments, it is known that she has been shrewd enough to make them which also leads one to believe that she also manages her finances well.

When taking into account personal expenses, like living costs, miscellaneous payments, as well as business costs, including agent and management fees. In her personal life Bell has likely spent $1-2 million dollars of her career earnings but also probably possesses assets valued at around $500,000, not including investment assets. In her investments, she may have earned investment returns of $1.3 million dollars. Therefore, it is estimated that Catherine Bell has a net worth of around $6 million dollars.

Catherine Bell is a well-known actress that began her career in the 1990s. She was initially considering pursuing a career in medicine/research, after a possible graduation from UCLA, however, a modeling offer changed her mind.

After failing to secure a leading role in a film on television series, she finally joined the cast of the 1990s hit series JAG. Following that, she began working in many direct-to-video, independent, and television films and series that further elevated her career. 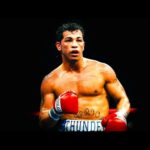 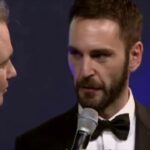