How much is Cate Blanchett worth?

This elegant Aussie found international fame and the Academy’s attention as the star of Elizabeth.

Who Is Cate Blanchett

This elegant, porcelain-skinned beauty has that magic formula for both critical and box office success in almost everything she touches. Cate Blanchett didn’t plan to go into acting From an elf queen to a star-crossed lover, this Australian queen is one of Hollywood’s finest.

We calculate Cate Blanchett has a net worth of $90 million dollars, as of 2021.

Tragedy And The Nile

Catherine Blanchett was born in Melbourne, Australia where she fantasized about becoming a performer as a child. Tragedy struck when her father died suddenly of a heart attack when she was only 10. Cate’s mom was left to raise her and her two siblings on her own. It was an event that drove her to become a perfectionist in order to make her mother happy.

Cate dabbled in acting growing up with no real plans to pursue it as a career until she was randomly approached to be an extra in a movie while she was vacationing in Egypt at the age of 18. The experience convinced her to stick with acting, and back home in Melbourne, she went to the National Institute of Dramatic Art and made an impression on a very important connection, Geoffrey Rush.

Her career started to flourish on the stage thanks in part to Rush casting her as his Ophelia in a major production of Hamlet in 1994. From there, she bounced between television and theater until she broke into the international silver screen in 1997 with Paradise Road alongside Frances McDormand.

It wasn’t long before she landed her breakthrough role. Director Shekhar Kapur noticed Cate in the trailer for her 1997 film Oscar and Lucinda and fought to cast the unknown actress in the role of Queen Elizabeth for his upcoming biopic Elizabeth. The role was one of a lifetime and Cate parlayed it into the beginning of an iconic film career. Starring alongside Ralph Fiennes and Rush, Elizabeth earned Cate Oscar and Golden Globe nominations and helped her rise to the top of Hollywood’s hot list.

Succeeding In Life And Love

Cate met her soon-to-be husband, screenwriter Andrew Upton, during the production of the stage play The Seagull. The two married in 1998 and had their first child, Dashiell, in 2001. It was also during this period that Cate began working on Peter Jackson’s Lord of the Rings trilogy. The role of elfin Queen Galadriel earned her a spot in one of the biggest movie franchises of the last 10 years. During this time, Cate and Upton welcomed their second child, Roman.

In 2004, she finally won an Academy Award for the portrayal of Katharine Hepburn in the Martin Scorsese movie The Aviator. With the win, Cate became the first person to win an Oscar for playing another Oscar-winning actress. Cate received three more nominations over the next three years including two in 2008 for her roles in the Bob Dylan biopic I’m Not There and a reprisal of her role of Queen Elizabeth in Elizabeth: The Golden Age. While a very pregnant Cate did not win for either role, she still had a successful year as she welcomed her third child, Ignatius, into the world.

Since the inception of her career Cate has managed to keep her name out of the tabloids. She works in Australia to help raise awareness for the Australian art community and with the Sydney Film Festival to raise awareness of the Australian film community. She also became intimately involved in a scandal in 2008 surrounding an artist who found his work censored in Australia and faced criminal obscenity charges. When Blanchett stepped forward in the artist’s defense, charges were dropped and he was allowed to continue to display his work in the country.

Cate continues to star in blockbusters (Robin Hood) and award-winning films (The Curious Case of Benjamin Button) and brings a level of excellence to all her roles. The woman who became famous for portraying a queen remains one of the most regal performers working in Hollywood today.

Defining Quote “Before every job I invariably have the same boring conversation with my husband Andrew where I say, ‘God what am I going to do?’ I don’t have a process!” 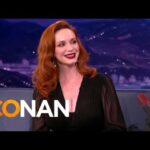 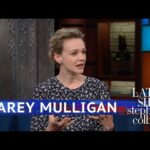