Prior to April 13, 2013, female MMA fighter Cat Zingano was only a known entity to hardcore women’s MMA fans, which at the time wasn’t exactly the majority of the population. But on that Saturday night, Zingano took on Miesha Tate, one of the more recognizable women in the game for the right to coach on TUF 18 vs. Ronda Rousey. What’s more, the winner of their fight would eventually get a shot at Rousey’s UFC Women’s Bantamweight Championship. In other words, the stakes couldn’t have been higher in the then undefeated fighter’s UFC debut.

What we found out about Zingano on that day is that despite Tate’s ability to control her with wrestling early on, the woman from Broomfield, Colorado would not quit. And by round three, she had turned the tables on Tate, using her own wrestling to take her down. And after some ground and pound proved effective, a couple of standing knees dropped Tate and ended her night.

That night Zingano went from someone few had heard of to a big time women’s MMA fighter with a name. Here is her story.

American mixed martial artist Cat Zingano has a net worth of $2.5 million dollars, as of 2021. Zingano is currently signed to Bellator MMA, competing in their Women’s Featherweight division.

Date of Birth: Cat Zingano was born on July 1, 1982 in Broomfield, Colorado.

Zingano began wrestling at age 12. She eventually became a four time All American and four time national champion in the sport. In fact, she went on to compete internationally as an member of Team USA, training with Olympic medalists.

By 2007, Zingano had begun training in Brazilian Jiu Jitsu, which she currently holds a purple belt. She also trains in Muay Thai. In fact, Zingano has become proficient enough in the ancient martial art to win a professional Thai boxing match in Thailand.

As was said earlier, by defeating Miesha Tate at the TUF 17 Finale, Zingano earned the ability to coach opposite Ronda Rousey on The Ultimate Fighter 18 (TUF 18). TUF 18 represented the first time in TUF history that women were the main coaches on the show. It was also the first time that women competed on the show, making Zingano’s appearance a historic event.

Some of Cat Zingano’s Greatest Victories:

This Cat Zingano Net Worth profile originated at WealthyGenius.com 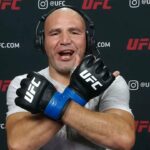 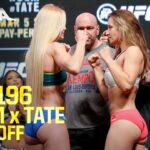