How much is Camren Bicondova worth?

Who Is Camren Bicondova

Camren Bicondova was born on May 22, 1999, in San Diego, California. When she was six years old she started dance class. After moving to Hawaii with her family, she studied dance at a local studio, focusing on hip hop and jazz-funk. Her success in dance gained her a role in the dance-drama Battlefield America in 2012.

Camren Renee Bicondova is an American actress and dancer. She is best known for her role as Selina Kyle, Catwoman, on the Fox television crime-drama Gotham.

American actress and dancer Camren Bicondova has a net worth of $1.5 million dollars, as of 2021. She’s best known for her role as Catwoman (Selina Kyle) on the Fox television crime-drama, Gotham.

How did Camren Bicondova get rich?

Young actress Camren Bicondova is best known for her portrayal of Selina Kyle aka Catwoman on the popular Fox TV series Gotham. Before her acting career, she dedicated her time to dancing, becoming an Elite Protegé for The PULSE on Tour dance convention by age 11.

Bicondova and her dance group 8 Flavahz finished as a runner up on the 7th season of America’s Best Dance Crew competition. In 2014, her breakthrough as an actress came with the role of Catwoman on FOX’s TV series Gotham. It gained her a nomination for a Saturn Award for the Best Performance by a Younger Actor in a Television Series. There’s no doubt that her dance training helped her land the role of Catwoman. Gotham ran for 76 episodes and finished in 2019. Camren has also appeared in music videos, her latest, being a backup dancer in Dana Vaughns’ Underneath (2018).

Camren Bicondova’s salary per episode was $17,500 for Gotham’s first season. She is a very talented dancer and has also appeared in several music videos, namely Got Me Good by Ciara and Enjoy the Ride by Krewella. 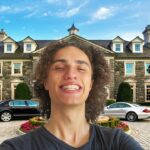 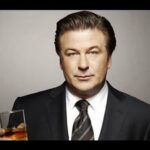