Keep reading this bio to find out some of the rest of them.

American professional wrestler and retired mixed martial artist Cain Velasquez has a net worth of $5 million dollars, as of 2021. Velasquez is widely known for his time in the UFC. He competed in the heavyweight division and became a two-time UFC Heavyweight Champion.

Many believe that a wrestling background is the best one to enter MMA from. If that’s the case, Velasquez and the Junior College National Championship he won at Iowa Central Community College coupled with the two time All American accolades he achieved while at Arizona State certainly put him in a good position coming in. And that all came after he won the 5A state championships twice while competing for Kofa High School in Arizona.

Velasquez is a cardio and wrestling dynamo. He’s extremely adept at taking opponents down, establishing ground control, and pounding on them. His athleticism also comes through in the striking department, where he is more technically sound than he is often given credit for.

Velasquez and his girlfriend have a daughter named Coral Love Velasquez (born on May 6, 2009).

This Cain Velasquez Net Worth profile originated at WealthyGenius.com 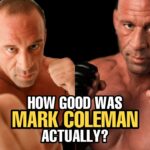 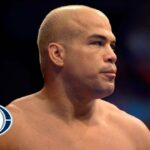