How much is Buzz Aldrin worth?

Born Edwin Eugene Aldrin, Jr. on January 20, 1930 in Montclair, New Jersey, he seemed destined to be an aviator. Though he was named after his father, it was his mother, Marion Moon, whose name brings a twist of irony. Perhaps he was always destined to make history, and become only the second man ever to walk on the Moon.

The nickname “Buzz” began in childhood when his sisters pronounced brother as buzzer. This was later shortened to Buzz, as he would become known. However, it was not until 1988 until Adlrin legally changed his name.

American former astronaut, engineer and fighter pilot Buzz Aldrin has a net worth of $14 million dollars, as of 2021. Buzz Aldrin and Neil Armstrong were the first two people to walk on the Moon.

After graduating from Montclair High School, Aldrin went on to the United States Military Academy at West Point. He graduated third in his class with a bachelors degree in mechanical engineering.

After graduation Aldrin was commissioned as a second lieutenant in the U.S. Air Force, and served as a fighter pilot during the Korean War. He flew 66 combat missions flying F-86 Sabres, and is credited with shooting down at least two enemy aircraft.

Upon returning from the war, Aldrin was stationed at Nellis Air Force Base as an aerial gunnery instructor. This was short lived however, as he soon found his next assignment as the aide to the dean of faculty at the U.S. Air Force Academy.

After his next station as a flight commander at Bitburg Air Base in Germany, where he flew F-100 Super Sabres, Aldrin returned to the United States to pursue a doctorate in Astronautics from MIT.

Life as an Astronaut

After completing his thesis, titled Line-of-sight guidance techniques for manned orbital rendezvous, Aldrin began work at the Air Force Space Systems Division in L.A., before ending up at the U.S. Air Force Test Pilot School at Edwards Air Force Base. Since he was the first astronaut recruited that had a doctorate, he became known as Dr. Rendezvous, a reference to the techniques that he developed that would become critical to the future of space exploration.

Aldrin served as a member of the back-up crew for the Gemini 9 mission. And it was Aldrin that designed an exercise for the capsule to rendezvous with a coordinate in space, after the original task of docking with a target vehicle failed.

After this success, Aldrin was given the command of the Gemini 12 mission. This mission was of vital importance, as it was the last of the Gemini missions, along with serving as a test bed for Extra-Vehicular Activity (EVA) as previous attempts had proven unsuccessful. During the flight Aldrin set records for EVA, including time spent outside the craft (5.5 hours), and proved unequivocally that astronauts could successfully work outside the spacecraft.

Aldrin would not fly another mission until the famed Apollo 11 mission to the Moon. (Though he did serve as the back-up command module pilot for Apollo 8.) Serving as the command module pilot it had been assumed that he would be the fist person to set foot on the Moon. But it was determined that because of how the astronauts were positioned within the module, Aldrin would have to crawl over fellow astronaut Neil Armstrong in order to reach the hatch. Therefore Aldrin had to follow Armstrong down to the surface on July 20, 1969. Some reports indicated that NASA chose to have Armstrong go down to the surface first because of his humble attitude, but these reports are unfounded.

Life After the Moon Landing

The astronauts returned from the Moon, after a 21 hour stay, carrying 46 pounds of moon rocks. Aldrin was awarded the Presidential Medal of Freedom, the highest honor bestowed during peace time. He also received awards and medals from 23 other countries.

Aldrin retired from the Air Force in 1972 after 21 years of faithful service. Despite personal problems and bouts with clinical depression and alcoholism, Aldrin continued to provide insight and expertise to NASA. Among his important contributions are the proposal of having astronauts train under water to better simulate the conditions of space. He also did work on devising a trajectory path between Earth and Mars along which a space craft could travel in continuous orbits.

In 1993 Aldrin patented a design for a permanent space station. He is also the founder of a rocket design company called Starcraft Boosters, Inc., as well as a non-profit, ShareSpace, which is dedicated to making space tourism available to all people. Dr. Aldrin has also published several books, the most recent of which Magnificent Desolation recounts his life, including the Apollo missions, the Moon landings and his own personal struggles.

On September 9, 2002, Aldrin was confronted outside a hotel in California by filmmaker Bart Sibrel. Mr. Sibrel is a staunch proponent of the theory that the Apollo program, and the Moon landings themselves, are a hoax. Mr. Sibrel reportedly called Aldrin a “coward, and a liar, and a thief”. Understandably, Dr. Aldrin did not appreciate the comments and punched Mr. Sibrel in the face. The local prosecutor refused to press charges, and Mr. Sibrel did not sustain any serious injuries.

In non-space related activities, Aldrin has appeared in numerous television and radio programs, including most recently the reality television series Dancing With The Stars in 2010. Though competing well, he was voted off the show after only a few weeks.

Buzz Aldrin currently lives with his third wife, Lois Driggs Cannon, whom he married in 1988. He also has three biological children, all with his first wife Joan Archer. 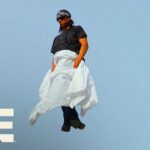 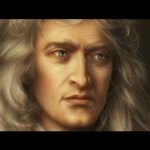