Buddy Holly is over 40 years in his grave at this writing. Yet the familiar cry of “Buddy Holly Lives!” is still heard to this day, not only by those fortunate enough to have been alive during his existence, but from new fans who appreciate the guileless simplicity of his own particular brand of rock and roll. That version of rock was a major inspiration on generations of artists – he can arguably considered the Beatles‘ greatest influence – and that has as much to do with his image and history as it does the music he put down in those vinyl grooves way back in the Ike administration.

American singer-songwriter Buddy Holly had an inflation-adjusted net worth of $1 million dollars at the time of his death, in 1959.

For one thing, his (somewhat) nerdy appearance was a revelation to legions of gawky teenagers with dreams of their own: here was a rocker who didn’t look like Elvis. And he was rocking out in a completely unselfconscious way. It’s a look that inspired countless geek rockers, from Elvis Costello to Rivers Cuomo, and yet it was utterly uncalculated. He also pioneered the idea of an artist with complete creative control, fighting for the right to produce his own records and write his own songs. The Crickets were rock and roll’s first self-contained band, and that’s Buddy’s real legacy.

The music that band made is equally legendary, of course – a truly innocent and open-hearted (yet not naive) sound that was much more country-oriented than his peers (another nail in the coffin for the myth that rock was just white blues). It also employed non-rock instrumentation and production elements, further ensuring Buddy’s status as a true innovator. Buddy released just about forty songs in 18 months before the infamous plane crash that took his life in 1959; the fact that his legacy and fame are the rival of folks like Elvis and Chuck Berry only proves just how powerful those songs were. And are.

“That’ll Be The Day” 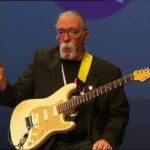 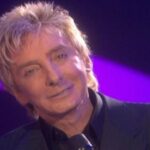