How much is Bruce Buffer worth?

Bruce Anthony Buffer or Bruce Buffer is a ring announcer for professional mixed martial arts and also a former American kickboxer. The majority of his fans know him for his presence as the official octagon announcer in UFC events. On many broadcasting stations, Mr. Buffer was said to be the veteran voice of the octagon. As the CEO and president of his company The Buffer Partnership, Bruce has been able to create a life of wealth for himself. Mr. Michael Buffer the professional boxer and wrestling announcer is also a half brother to Bruce Buffer. Bruce Anthony Buffer was born on May 21, 1957. His signature catchphrase is “It’s Time”, which he usually announces during the main UFC event. As a professional kickboxer, Bruce Buffer was successfully able to obtain the black belt in Tang Soo Do.

How Did Bruce Buffer Get So Rich?

Bruce Buffer became rich when he made consistent appearances as a UFC announcer. People would be fascinated with his creative ability to announce the fighters for the night using his signature “Buffer 180 degrees” move. During a spectacular event, Bruce Buffer performed a very unfamiliar move which he called the “Buffer 360 degrees”. This move was inspired by the encouragement of an American comedian named Joe Rogan. Buffer was given the opportunity to introduce the fight between Brock Lesnar and Frank Mir at UFC 100. Another signature move Buffer had was the “Buffer Bow” which was bending down gestures similar to a Knight giving his respect to a King in the accolade. The “Buffer Bow” was used to introduce and pay respect to Randy Couture who is known for his talents as an American actor, retired military soldier as well as a mixed martial artist.

Bruce Buffer is famous due to his appearance as a ring announcer and former kickboxer. At the age of thirteen, Bruce Buffer made his first entrance into martial arts when he was a resident of Philadelphia, Pennsylvania. He studied Judo and was able to successfully earn his green belt. At the age of fifteen, Mr. Buffer moved to Malibu, California with his family and was able to meet and befriend two famous actor Chuck Norris’ students. During this friendship, Bruce was able to learn Tang Soo Do under these colleagues’ mentorship and he successfully earned his black belt as a second-degree fighter. During his twenties, Buffer began his career as a kickboxer and unfortunately had to give it up at the age of thirty-two due to his repetitive concussions. As a UFC announcer, Bruce Buffer is known for his signature catchphrase and his special move titled “Buffer 180 degrees” which he uses often when introducing a fighter in a specific corner.

What Makes Buffer So Successful?

Bruce Buffer is very successful due to his imprint on the entertainment of his fans. Not only was he an announcer for American martial arts but he also worked internationally announcing fights at K-1 events. In 2008, Buffer announced the fight against Joel Casamayor and Michael Katsidis on the HBO boxing event. Success began to rush in dramatically for Bruce Buffer when he was able to announce for the biannual ADCC submission wrestling tournament. Besides being an announcer Bruce Buffer was also known as a highly-skilled poker player with his world-rated skills at the professional circuit. In 2007, Buffer appeared on the ESPN World Series of Poker’s main event where he played against the poker World Champion, Chris Moneymaker at the televised table. In 2005, Buffer solidified 6th place when he made it to the final table of the World Poker Tour’s season 3 invitational at the Commerce Casino.

In Conclusion, Bruce Buffer was a very successful man in his career. With the help of his half brother, Michael Buffer, Bruce was able to make his name very popular in the television industry. From kickboxing as a martial artist to becoming a very well known ring announcer in major fighting events and corporations, Buffer has made what seemed to be impossible to some very possible for others. Throughout his life, he has been very consistent with who he is and he has even added some memorable gestures that his fans can associate with his character. 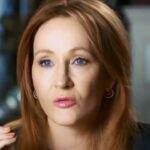