How much is Brit Marling worth?

Who is Brit Marling

Brit Heyworth Marling is an American actress and screenwriter. She rose to prominence after starring in several films that premiered at the Sundance Film Festival, including Sound of My Voice, Another Earth, and The East, which she co-wrote in addition to playing the lead role. Her leading role in Netflix series The O.A. (aired first in December 2016) escalated her prominence.

Brit studied arts at Dr. Phillips High School in Orlando, Florida. In 2005, She also graduated from Georgetown University with degrees in economics and studio art, where she was class valedictorian. In her Instagram account, Brit promotes her Netflix show OA as well as her photographing talent. Marling certainly is a woman of many talents. Brit is obviously cerebral having been to Georgetown University and interned at Goldman Sachs during her junior year at University. She turned down a job from Goldman Sachs to go to Cuba to film Boxers and Ballerinas. She co-wrote and co-directed the documentary with Cahill and Shumaker which was released in 2004.

But it was the OA. that pushed Brit into the mainstream.

How did Brit Marling get rich?

Marling’s annual salary is estimated to be around $300 thousand. This high income boosts Brit’s net worth on a regular basis, as she often stars, co-writes and co-produces her shows and films. She also increased her fame thanks to many nominations that she received for the movies Another Earth and Sound of My Voice. In 2020, we estimate Brit’s net worth to be $5 million. 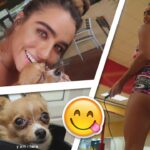 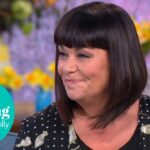