How much is Brett Eldredge worth?

“If I feel the passion from one person in the crowd singing along, that gives me a reason to keep writing . . . You can create something from nothing, and that’s the coolest thing in the world to me.” — Brett Eldredge

Who Is Brett Eldredge

Brett Eldredge was very influenced by Brooks & Dunn, Frank Sinatra, Ray Charles and got his start as a songwriter, penning tunes in the writers dens of Nashville. His talents sparked a writing contract with producer Byron Gallimore. That connection led to him being signed to Atlantic Records as a solo artist.

He gained exposure by opening shows for Blake Shelton and Miranda Lambert. In 2013, he released his debut album, Bring You Back, and his song “Don’t Ya” broke the Top 10 on the Country Airplay charts.

American country music singer, songwriter and record producer Brett Eldredge has a net worth of $6 million dollars, as of 2021.

To showcase his performances of cover songs, Brett Eldredge started the web series “Couch Sessions.” It features him sitting on a couch, singing some of his favorite country tunes. Below are YouTube links to some of the episodes of the country music series. 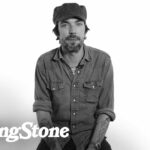 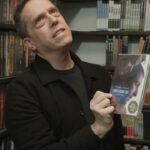