How much is Bret Michaels worth?

This Poison frontman tried to find his match on Rock of Love with Bret Michaels before fellow contestants met their match when he won Celebrity Apprentice 3.

Who Is Bret Michaels

Bret Michaels has conquered two completely different realms of celebrity. His claim to fame teeters between his rock and roll endeavors and his more recent foray into the reality television world. Rarely found without a bandana or cowboy hat (or both), Michaels has transformed from has-been ’80s rock star into a modern pop culture icon.

Bret Michaels’ net worth is ballparked at $15 million dollars, as of 2021.

That Band Is Poison

Born in 1963, Bret Michael Sychak gained his initial popularity as the lead vocalist in the glam metal band, Poison. Starting out in his native Pittsburgh, Pennsylvania, Michaels began playing guitar in a local band named Paris. Eventually, the band migrated west in hopes of making it big in Los Angeles under their new name, Poison. With the hair metal epidemic underway, Michaels and his band mates glammed themselves out with teased hair, heavy makeup and flashy outfits, giving them the flamboyant edge they needed to make it in the contemporary music scene. After power-chording their way through a circuit of club performances, Poison finally got their big break when they signed a contract with Enigma Records.

With Michaels as frontman and songwriter, Poison recorded their 1986 debut album, Look What the Cat Dragged In, featuring their first hit single ‘Talk Dirty to Me.’ The album reached multi-platinum status and the band enjoyed international fame. Their second album, Open Up and Say…Ahh, two years later spawned a number of radio favorites including the band’s only number one hit, power ballad ‘Every Rose Has Its Thorn.’ The album marked the pinnacle of the band’s success, as Poison seemed fit for a genre that was fading with the ever-changing music currents (destined to shift towards the rising grunge movement). Although the band continued to release albums sporadically, Michaels forged ahead by himself.

Dabbling in various projects, Michaels released a number of solo albums, and even pioneered a film production company before getting sucked into black hole of reality TV. Starting in 2005, he served as a judge on the competitive singing reality series Nashville Star. Keeping his eccentric style (and his rugged good looks) intact, Michaels reincarnated his rock star swagger and went looking for love in a dating competition reality show called Rock of Love with Bret Michaels, going from washed-up metal-head to VH1’s finest eligible bachelor. Women, once again, were vying for his attention.

Before he turned his dating life into a television sensation, Michaels was already notorious for a highly publicized relationship with Playboy cover model Pamela Anderson. The couple spawned an explicit sex tape that made its rounds on the internet in 1998, later to be released on DVD.

Failing to find lasting love both on and off camera, Michaels took a step back from his televised romantic endeavors and contracted a new reality show, Bret Michaels: Life As I Know It. The show engaged audiences with a more personal perspective of Michaels’s home life. For the show’s finale, Michaels famously proposed to his former girlfriend, long-time companion, and mother of his two daughters, Kristi Gibson.

In another reality show stint, Michaels entered as a contestant in another high-profile reality show, Celebrity Apprentice 3. Donald Trump, the show’s host, announced Michaels as the show’s winner, earning his charity, the American Diabetes Association, $390,000.

Diagnosed at age six, Michaels has combated type 1 diabetes all his life. An onstage collapse early in his career led Michaels to stop rumors of drug abuse and publicly announce his diabetic condition. Although he works hard to balance the conflicting lifestyles of a rock star and a diabetic, Michaels has met with other serious health challenges. In 2010, Michaels suffered a brain hemorrhage, and later in the year, doctors discovered a hole in his heart, for which he has undergone successful surgery to repair.

With over 25 million records sold worldwide and enormous attention from a new generation of fans, Bret Michaels continues to defy his health challenges and keeps on riding the wave of celebrity without any signs of stopping. 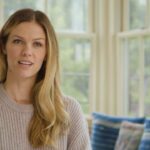 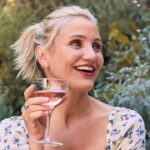