A popular American actor Brandon Barash is best known for portraying the role of Johnny Zacchara on the long-lasting television series General Hospital. You could also see him on Major Crimes, 24, and Gilmore Girls. His current net worth is estimated to be about 1 million dollars as of 2021.

How Did Brandon Barash Get So Rich?

Brandon Barash was born on October 4th, 1979 in St. Louis, Missouri. His childhood dream was to be a cardiac surgeon. He chose different career path later. Brandon got a BFA Degree in Acting at the University of Southern California and he starred in few theatrical productions during his studies. He also attended the Harvey Lembeck Comedy Workshop and trained with Lesly Kahn.

You could remeber him as Jamie, Paris Gellar’s first boyfriend, on Gilmore Girls. Besides his acting career, Brandon also plays in the rock group named Port Chuck with his co-star friends from General Hospital, Steve Burton, Scott Reeves, and Bradford Anderson.

Brandon was engaged to Natalie Hall, but they split up and he has been in relationship with Kirsten Storms, his former General Hospital co-star, since 2013. They had secret wedding in June 2013. On January 2014, their daughter, Harper Rose Barash, was born. 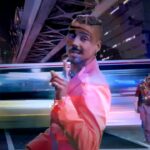