How much is Boosie Badazz worth?

Boosie Badazz is the stage name of Torrence Ivy Hatch Jr. He’s an American actor, rapper, singer, and songwriter that began his career in the late 1990s. Initially, he joined the hip hop collective Concentration Camp before eventually, he ventured into a solo music career. Boosie is considered one of the most prominent names of the Southern hip hop who has released ten studio albums, seven collaborative albums, and one extended play plus multiple hit singles.

American rapper, singer, songwriter, and actor Boosie Badazz has an estimated net worth of $750 thousand dollars, as of 2023. Badazz Torrence Hatch, better known by his stage name Boosie Badazz or simply Boosie, is from Baton Rouge, Louisiana.

Boosie Badazz became famous after he joined the hip hop collective Concentration Camp in the 1990s. Torrence was born on November 14, 1982, in Baton Rouge, Louisiana. He’s the second child of Torrence Sr. and Connie Hatch. He has an older brother named Taquari with whom he was raised in Louisiana. Torrence’s father was a pastor, while his mother was a school nurse. During his childhood, he suffered from diabetes and was diagnosed with type 1.

The young rapper attended the McKinley High School from which he graduated in the early 2000s. Long before that, however, he began pursuing a rapping career. His cousin Young Dee introduced him to the rapper C-Loc the previous decade. Mentored by Dee and Loc, Torrence began rapping during his teenage years and developed the stage name Lil Boosey. After associating himself with Young Bleed for a few years, he became part fo the hip hop collective Concentration Camp, thanks to which his popularity was boosted.

In 2000, Boosie signed a recording deal with the label Camplife and shortly after released his debut studio album titled Youngest of the Camp. The album was met with generally positive reviews and despite failing to find commercial success, it helped the rapper secure record deals with the label Trill Entertainment.

Throughout the early 2000s, the young rapper continued to make new music. He released more than ten extended plays as both a solo act and in collaboration with the likes of Webbie, Lil Phat, and Lava House.

He also released two collaboration albums with Webbie titled Ghetto Stories, and Gangsta Music that were quite successful on the music charts in America and several European countries. In addition to these, he released three more studio albums – For My Thugs, Bad Ass, and Superbad: The Return of Boosie Bad Ass.

The success of Boosie comes from his abilities to produce music, rap, and star in television projects. Concurrently with producing and recording new music for both himself and other rappers, the Louisiana rapper became an actor.

He made his film debut in the documentary Gangsta Music that focused on him and Webbie. He then made appearances on the music videos of Flo Rida, Timbaland, Yo Gotti, and many other singers’ music videos.

Since the 2010s, the hip hop artist has released six more studio albums, most of which found international success. He also signed million-dollar reals with the labels Atlantic, Bad Azz, Asylum, and Warner Bros. Also that decade, he collaborated with his brother Taquari for the creation of their record label Bad Ass Music Syndicate. More recently he has released new songs, like “Trust Nobody”.

Overall it appears that Boosie Badazz may have had career earnings of around $3.5 million dollars. Like so many rappers of his generation however he has been mixed up in nefarious activities and this has certainly impacted his wealth.

His name has been highlighted by the news and media ever since 2008 when he began having legal issues. He has been arrested multiple times for various alleged crimes, including on suspicion of drugs and weapons. Eventually, in November 2011, he was sentenced to eight years in the state prison.

Never mind how that will have affected his net worth, because first he will have still had to pay tax on his career earnings. Despite his street ties the government will still have taxed Badazz’s earnings at some 38%. After paying his taxes, it is likely that his total career earnings have been around $2.17 million, having paid $1.33 million dollars in taxes.

Owing to his legal issues and what appears to be a possible troubled personal life. It is very unlikely that Boosie has been smart with investing his money. It appears more likely that much has gone the way of partying much of his money away, however it is also likely that he has maintained a nest egg. Something in the region of $750 thousand dollars.

Boosie Badass is a prominent figure in the Southern hip hop that emerged from the 1990s. Despite the controversy surrounding him and his wealth, the rapper has been highlighted as one of the richest and victorious rappers. Over the course of his two-decades-long career, he has earned over an estimated $3.5 million in career earnings, and even now, he continues to work as both a rapper and record producer.

Most recently, alongside his brother, he founded his own record label that has been helping young artists such as Quick Badazz, OG Dre, Nina Laretta, Tootie Raw, and Poison Ivi among many others gain exposure. 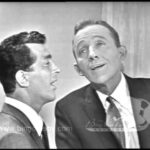 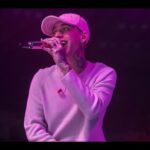