How much is Bonnie Hunt worth?

Who Is Bonnie Hunt

Talk show host and actress Bonnie Hunt was born on September 22, 1961, into a traditional Midwest family in Chicago. Mom Alice was a homemaker and Dad Bob was an electrician. She’s the nearly youngest of seven, with three older brothers, two older sisters and one younger sister.

American actress, comedian, director, producer, writer and television host Bonnie Hunt has a net worth of $10 million dollars, as of 2021. Known for her roles in roles Rain Man, Jumanji, Jerry Maguire, The Green Mile and Cheaper by the Dozen.

Growing up with Bonnie meant growing up within a big family in a big city. Bonnie attended Catholic school – elementary through high school – and then became a registered nurse.

Bonnie started her comic career in improv, and has stayed true to that speciality. She helped found the improvisational troupe An Impulsive Thing and was a member of Chicago’s famous Second City.

She is also recognizable on both small and big screen. Her movie roles include Beethoven and Beethoven’s 2nd, as well as the Cheaper by the Dozen films, Rain Man, Jerry McGuire and Jumanji. She’s also an accomplished film director and the voice of Sally in the Pixar film Cars and the upcoming Cars 2.

Bonnie has attempted to hit it big on the small screen as well, usually in tandem with her good friend, late night talk show host David Letterman. Each of her three sitcoms, The Building, Bonnie, and Life with Bonnie, saw no more than one season.

Entertainment Weekly magazine once named Bonnie the “best talk show guest in America,” and she’s shown success behind the desk as well. Bonnie

substituted for David Letterman on the Late Show while Letterman was sidelined with heart surgery. She was so good, Letterman asked her to take over the Late Late Show when Craig Kilborn left. She declined.

But in 2007, Bonnie took a chance and filmed a talk show pilot. The show was picked up and, rumor has it, already has a two-year deal in place. So Bonnie and The Bonnie Hunt Show will be around for a while.

The Bonnie Hunt Show will remind you a bit of Dean Martin – and that’s intended. Much of the talk show’s set design is attributed to Martin and his 50s sense of style.

That fits comedian, actress and talk show host Bonnie Hunt. Hunt, once voted as the best talk show guest in the world, exudes a similar sense of style and comfort. Everything about Hunt and her show are smooth, laid-back and cozy.

In terms of unique in the talk show space, that’s not The Bonnie Hunt Show. Bonnie takes the standard daytime recipe – a bit of a monologue, some banter with the audience, a steady stream of celebrity guests and a lot of interactivity – and makes it her own.

And Just for Fun: 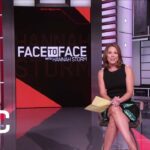 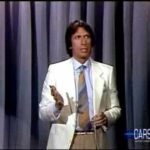