Trainer Bobby Frankel passed away on November 16, 2009, at his home in Pacific Palisades, California, from complications of lymphoma, a disease he had beaten about 10 years ago. He had not been seen in public since it recurred about 6 months ago and his assistant for the past 30 years, Humberto Ascanio, had been running his stable for him. According to a friend, he left Cedars-Sinai Hospital Saturday after expressing a desire to spend his final hours at home with his Australian sheep dogs Ginger and Punch.

American thoroughbred race horse trainer Bobby Frankel has a net worth of $10 million dollars, as of 2021. ESPN called Frankel “one of the most successful and respected trainers in the history of thoroughbred racing.”

Frankel was one of the top trainers for over 40 years and a 5-time winner of the Eclipse Award as best trainer. For 8 of the past 9 years, his barn won at least $10 million, including $11.7 million in 2008, his last full year training. Overall, Frankel won 3,654 races from 17,657 starters with total earnings of $227,947,775, putting him second on the all-time money earned list behind trainer D. Wayne Lukas. He had won just about every major stakes in North America except the Kentucky Derby, with his final Grade 1 win coming in the Canadian International with Champs Elysees on October 17, 2009.

In addition to his 5 Eclipse Awards as a trainer, he also trained 10 horses who won a total of 11 Eclipse Awards. He was inducted into the National Museum of Racing’s Hall of Fame in 1995 and in 2003 he set a single-season world record for Grade 1 wins with 25 for the year. Frankel also won 30 individual meet training titles, starting in 1970 at Saratoga, with many of them coming at Southern California tracks.

Frankel was born on July 9, 1941, in New York to a family of caterers and grew up in Brooklyn. He was married twice, most recently in 2003 to Bonita Boniface although they divorced 3 years later. He has one daughter, Bethenny, who is a reality television celebrity on the show “Real Housewives of New York.”

He started as a hotwalker at Belmont Park and Aqueduct during the mid-1960s and became a trainer in 1966 and won his first race with Double Dash at Aqueduct on November 29, 1966. He moved to California in 1972 and and won a record 60 races at Hollywood Park en route to his first of 30 training titles that include a record six at Oak Tree.

Although he had a reputation for being gruff, but was in reality a soft hearted and fair person. Many of his stable workers had been with him for 20+ years and were very loyal to him. Ron Anderson, the agent for jockey Garrett Gomez, said, “He employed grooms for dozens and dozens of years because he was so kind and thoughtful. He also came off as a hard, brazen type, but the biggest secret in horse racing was how soft and warm he was.” Gareett O’Rourke, farm manager for Juddmonte added, “He was brilliant. It’s the end of an era.” He will definitely be missed by many people at all levels of the sport.

Alex Waldrop, president and CEO of the NTRA said, “His outstanding horsemanship, coupled with a keen insight into the game, made him a force in the sport for the last 40 years. His immense talent, and his abiding love for his horses, will be sorely missed.” Fellow trainer Bob Baffert said, “He’s from the old school of training — nobody needs to know your business. It came easy to him. He was a very gifted horseman. He left a huge stamp on racing. He’ll always be remembered.”

In 2000 Frankel said, “Life’s funny. Sometimes things just happen, and they change your life completely. I wasn’t born into this. I just followed my instincts and ended up where I am.”

This Bobby Frankel Net Worth profile was originally published on the WealthyGenius.com website. Any posting of copyrighted material is expressly prohibited. 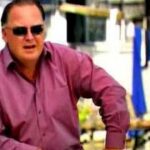 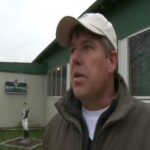