How much is Bobby Flay worth?

Who Is Bobby Flay

Bobby Flay hails from New York City, USA, and is a celebrity chef with restaurants across the country. He is also a TV personality and author.

American chef Bobby Flay has a net worth of $65 million dollars, as of 2021. Making him one of the richest chefs in the world right now.

How Did Bobby Flay Get So Rich?

Bobby Flay’s exact net worth is not known, but estimates put his fortune at $65 million. His annual income has been calculated at $2 million.

His income comes from the restaurants that he owns, the cookbooks he has written and the TV and media appearances that he has made. He is one of the most successful and wealthiest chefs in the world, although his fame is mostly restricted to North America.

Bobby Flay owns properties in New York that are worth several million dollars.

Bobby Flay was interested in food from an early age, and dropped out of high school to take jobs at pizza parlous and at Baskin-Robbins, the ice cream outlet. Next came a stint at Joe Allen’s Restaurant which was part-owned by Flay’s father. Joe Allen recognized young Bobby’s natural talent and agreed to pay the tuition fees that would allow Bobby to attend the French Culinary Institute. Bobby thrived in the Institute and left with a degree in culinary arts, and later was awarded the Outstanding Graduate Award in 1993. He started work as a sous chef and was given the opportunity to be an executive chef within a very short time, but left the post as he did not feel ready to lead a kitchen. He then made a move that was to influence the rest of his career. By joining Jonathan Waxman as a chef he became acquainted with Cajun and south-western cuisine, and was hooked. This style of cooking has been at the heart of his work ever since.

Flay was aware that he needed to broaden his experience of life, and took a career break and worked in stockbroking for a time. In 1988 he returned to run the kitchen at the Miracle Grill in New York. After two years, he was offered a post as the executive chef at the Mesa Grill when it opened in 1991. He rose to be a partner in a very short time, and also became a partner in the Bolo Bar and Restaurant a year later.

Bobby Flay now began a period of restaurant openings across the country. A second Mesa Grill opened in Las Vegas, followed by another in the Bahamas. He opened Bar Americain in Manhattan in 2005. The Las Vegas Mesa Grill earned Bobby Flay his one and only Michelin Star in 2008. More restaurant openings followed through the 2000’s. A new venture, Bobby’s Burger Palace, was launched on Long Island in 2008. More outlets opened in New Jersey, Connecticut, Philadelphia, Washington D.C., another New York location, and two further outlets in Maryland. One, in Hanover, Maryland at the Maryland Live! Casino, is the largest Bobby’s Burger Palace. Currently there are 19 outlets across the region.

As an author, Bobby Flay has written more than a dozen best-selling cookery books. These include such titles as Bobby Flay’s Bold American Food and Bobby Flay’s Bar Americain Cookbook.

Bobby Flay is a household name in the United States due largely to his frequent appearances on TV. He has featured several times on the Great Chefs show. He has also hosted a number of cook-off style shows where he challenges other chefs to cook-off favorite dishes. These shows include Throwdown! with Bobby Flay, Beat Bobby Flay and appearances on Iron Chef America. He holds the record for the most wins on Iron Chef with 43 wins out of 61 battles.

Bobby has also hosted a number of documentary style shows including Restaurant Revamp, Bobby’s Vegas Gamble and Tasting Ireland in which Bobby goes back to his ancestral roots in Ireland and takes a food tour around the country. Other shows hosted by Bobby include The Main Ingredient with Bobby Flay, America’s Next Great Restaurant and a cookery section on The Early Show on CBS.

Bobby Flay has also appeared in three films. In 2018 he played Fred’s uncle in the film Scooby-Doo and the Gourmet Ghost. He had a small role in a 2006 movie called East Broadway. His first movie appearance had been in an original Disney Channel movie called Eddie’s Million-Dollar Cook-Off as the cook-off host.

On TV, outside of the cooking shows, Bobby appeared in several episodes of Entourage in 2011, and Portlandia in 2012. He starred as himself in the series Younger in 2016.

Bobby also hosted a weekly show on Sirius XM Radio that followed the call-in format and was largely an advice show for men, with food as its main topic.

Bobby Flay is the first chef to be honored with a star on the Hollywood Walk of Fame. He is also a social media star, along with his cat, Nacho. Bobby has a daughter, Sophie, and she has appeared on several of his shows to share the cooking. They have jointly hosted a show on the Food Network’s Snapchat Discovery channel.

Bobby Flay loved food from an early age, and was fortunate that he was given the opportunities that led him to a career that encompasses all aspects of the food business. He cooks, runs restaurants, writes books and appears on TV and radio. The difference between Bobby Flay and any other talented chef is that he could see the opportunities when they arose and knew what to do to make the most of them. He also had the sense to know that when he was given responsibility at a young age, he was not prepared for it, and so took a step back. He took the time to gain the experience that he needed to be a top chef and to hold down a responsible job. He has been single-minded in his approach to his career, and that has brought him great success.

Bobby, however, does advocate a balance between work and play. He has an interest in horse-racing which takes him away from cookery and gives him time to relax and think about something else. This balance is essential to maintain good mental health. His career advice also stresses the need to be different. Don’t try to be successful by just copying an established successful person. Emulate their enthusiasm and drive for success, but be yourself and create something different. Your success will be much more fulfilling.

Bobby Flay is successful because he has followed his instinct whenever opportunities have arisen. The early opportunities have led to further chances and he has built himself a business empire stage-by-stage, step-by-step. His success is proof that anyone can be successful if they have a clear goal and are prepared to work single-mindedly towards that goal. 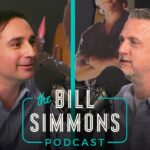 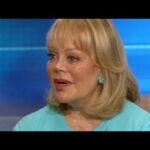