How much is Bob Seger worth?

Bob Seger is considered one of the best ’70s and ’80s musicians of heartland rock. He originally began his career as a full-tilt Detroit rocker but later transitioned into writing literate story songs that resonated with a large pop audience. He became one of the most popular heartland rockers after performing and recording as Bob Seger and the Last Heard and Bob Seger System throughout the 1960s. After dropping the ‘System’ from his recordings he became mainstream.

In the late ’80s, which is considered to have been the peak of his career, Seger was a fixture on rock radio. He also performed at arenas and toured, while making it into the pop charts. One of his most lucrative characteristics has been his versatility, as he has been popular among fans of classic rock, hard rock, arena rock and folk.

American singer, songwriter, and musician Bob Seger has an estimated net worth of $65 million dollars, as of 2023. Seger is one of the world’s best-selling artists with 75 million record sales.

He grew up in the Detroit suburbs in a musical family. His father was also a musician however eventually not being able to earn enough money from his music, he took a job at a Ford auto plant. The family moved to Ann Arbor where Bob Seger joined his first band and released a rock and roll reminiscent to contemporaries the MC5 and the Stooges in the late ’60s. It was in 1969 when “Ramblin’ Gamblin’ Man” was released and began to become noticed by the mainstream pop fans.

In the ’70s, Seger’s music moved to a more contemplative, socially conscious material. Despite his songwriting, it wouldn’t be until the end of the decade when his work and development would really pay off. Songs like “Turn the Page,” “Night Moves” and “Still the Same” demonstrated Seger’s abilities as a singer and songwriter.

Serger began to develop his music further, blending mid-tempo rock and soulful ballads, that were somewhat missed by audiences at the time but became a major marked point in his career as a musician. His songwriting began to explore topics of aging, loss of innocence and pain, “Even Now” and “Roll Me Away” today are considered two of his most underrated songs of this type.

While in the ’80s Serger may have released less music than in the ’70s, it was his later music that made him such an important music artist. He became famous following the releases of Live Bullet and Night Moves in 1976, and after the success of those albums, he reined for the next twenty years with seven Top Ten, platinum-selling albums in a row.

Bob Seger’s 75 million records sold worldwide, including 44.5 million units with Bob Seger & The Silver Bullet Band, makes him one of the world’s best-selling artists of all time. He has also earned from his tours, including his farewell tour that grossed over $97 million dollars. In total, Seger has personally earned estimated total career income of around $140 million dollars.

Of that amount, around $6-10 million is expected to have been paid in business related costs. The remainder, $132 million, will have been taxed at a rate of around 60% as Seger has been residing in the state of Michigan but earned through some highest tax years. After tax, it is estimated that his career earnings are at around $52.8 million dollars, having paid $79.2 million dollars in taxes.

Bob Seger has been married three times and divorced twice. His marriage to Renee Andrietti ended in 1969 and his marriage to Annette Sinclair in 1988. It is estimated that Bob may have paid in the region of $10-12 million dollars in divorce settlements. However, as this information has not been made public, this is purely speculation.

He is currently married to Juanita Dorricott whom he married in 1993.

Bob Seger crafted a distinctively American sound. Over a career spanning six decades, he is considered one of the most important musicians of all time, and with 75 million records sold worldwide, he is one of the world’s best-selling artists of all time. In 2018, he announced his farewell tour. 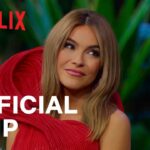 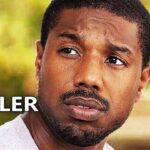