How much was Bob Marley worth?

Who Is Bob Marley

Bob Marley was a Jamaican reggae musician, and before he came on to the scene, reggae music was nothing but a niche genre barely expanding out of Jamaica. The singer formed Bob Marley and the Wailers, and with them, Marley turned reggae almost in to a mainstream genre. The singer was also known for his support for the legalisation of marijuana, which was outspoken and a hot topic at the time, and he was the subject of an attempted assassination. In the wake of his death from cancer, the whole world felt stung, and monuments across the globe have been erected in his honor. Some of Marley’s most popular songs include “One Love”, “Jammin”, and “No Woman, No Cry”.

How Did Bob Marley Get So Rich?

Even posthumously, Marley is regularly named by Forbes as the highest earning celebrity, and he is the only Caribbean artist to ever be on a Forbes list. Marley’s estate is currently worth around $150 million, and with his songs “No Woman, No Cry”, “Jammin’”, and “One Love”, the estate continues to make tens of millions of dollars every year thanks to plays on streaming services and royalties. On Spotify alone, those three songs all have over 200 million plays each, and Bob Marley and the Wailers has over 14 million monthly listeners.

His posthumous album, Legend, was one of the biggest successes any musician has ever seen, as not only did it become the best selling reggae album of all time, but it was also certified Diamond by The Recording Industry Association of America, as it sold over 10 million copies. And ever since the album’s release in 1984 over 35 years ago, the album continues to sell hundreds of thousands of copies per year thanks to its timeless content. There are regular spikes throughout the year when Marley’s records are bought throughout the world, especially around his birthday in February. His estate cleverly started the campaign Bob Marley Week, which is the week of his birthday and is dedicated to the man himself.

Marley’s career began in 1963, when he formed one of the most iconic groups of all time and, without a doubt, the most famous reggae group in history. The band’s first album, The Wailing Wailers, housed “One love/People Get Ready”, which instantly became a worldwide hit. Following that, the band’s profile expanded dramatically oversees as they continued to release sensational albums including Catch a Fire and Burnin’. In the 70’s, the group became notorious for touring and it was almost as if their albums served the tours, when it usually works the other way around. In the mid 70s when the group disbanded, Marley kept the band’s name as a pseudonym and continued to release solo material under the name Bob Marley and the Wailers.

A few months after the release of his album Rastaman Vibration, an assassination was attempted on the musician. Armed men raided Marley’s house two days before the singer was set to perform at a festival that was trying to quell the increasing amount of violence that was happening at the time. Marley and three of his friends were shot, but thankfully they all survived. The two shooters were charged and executed, and interestingly enough, one of the shooters said right before his execution that the CIA made him do it in return for guns and drugs. And it was always rumored to have been a politically motivated attack.

After the attack, Marley moved to London permanently, and he used the shooting to fuel his creativity. In the throws of it all, he recorded the album Exodus, the most celebrated album in his career. It was the first record of Marley’s that truly expanded on the reggae formula as it was a fusion of blues, soul, and punk rock music. The record contains several hit singles, and has been reissued countless times, charting highly every time.

However, Marley couldn’t catch a break, as just one year after the shooting the singer was diagnosed with acral lentiginous melanoma. Marley suffered for four years until he unfortunately passed away in 1981. There was a state funeral in Jamaica, and there are statues of the icon in several countries. After his death, the greatest hits record Legend was released to honor his two decades of amazing music, and it is currently the highest selling reggae album of all time. In total, Marley has sold over 75 million records globally.

What Made Marley So Successful?

Marley was considered as the pioneer of reggae music, and he kicked it up a notch when he started combining the genre with other kinds of music such as ska and Brit-rock. This singled him out as an artist, as his peers were stilltrying to catch up to him in the genre of reggae in its distilled form. What helped even more was the singer’s distinct delivery and tone. Thanks to his contribution to music as a whole in the 70s, he opened up Jamaican music and made it respected by critics when it hadn’t been before, and that’s what turned him in to such a popular figure.

On top of that, Marley’s songwriting style was simple, but that doesn’t necessarily mean bad. Marley boiled down convoluted feelings in to simple lyrics that evoked emotions in even the most stoic of music listeners. The singer’s spirituality also helped his success, and without the pride he had of his culture, his music wouldn’t have felt half as powerful. He also faired well with the younger demographic in the early 70s due to being an outspoken supporter of legalizing marijuana.

As Marley was taken from us way too early at the young age of 36, maybe the world just wasn’t ready for such positivity. However, his music is timeless and the messages in his songs speak to every demographic, whether it’s toddlers crawling their way through kindergarten, loved ones dancing to the singer’s music at their wedding, or pensioners listening to their old records. That’s why Marley’s estate is worth over $150 million, and it’s why it will continue to grow perpetually until the end of time, as Marley might be gone, but his music lives on forever. 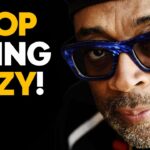 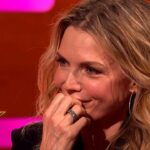