Bob Burnquist grew up in Rio De Janeiro, Brazil. Bob and his girlfriend Jen O’Brien live in Vista, California with their daughter Lotus. Bob and Jen are both interested in living naturally in harmony with their environment, and using their influence to help people and the planet. Bob Burnquist thrives on doing new and inspirational things. He is a licensed pilot, and licensed skydiver with over 450 jumps under his belt. Bob also loves film and farming.

Brazilian-American professional skateboarder Bob Burnquist has a net worth of $10 million dollars, as of 2021. In 2010, Burnquist became the first skateboarder to land a “fakie 900”. It made Burnquist the fifth person in history to successfully complete the 900 trick.

Bob Burnquist has heavy asthma, and yet is still a very successful pro skateboarder.

In an interview for the X Games, Bob Burnquist said he likes to, “Throw down some airs, then some lip tricks. I’ve always had the backside ollie as a favorite, and it still is. It’s just a really light weight and control trick. I like those.”

“Im just really excited about life, about everything thats going on, and Im so thankful and blessed in so many different ways, Im just going to keep on moving, and keep on growing, and skating-wise keep on progressing, keep on pushing the skating limits, keep on learning.”

This Bob Burnquist Net Worth profile originated at WealthyGenius.com 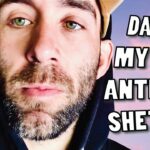 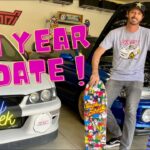