How much is Blair Underwood worth?

“To be still standing 20 years in this business is a great feeling, I can’t even tell you.” Blair Underwood

Blair Underwood is an American actor, director, and producer. His acting career started off in 1985 and, in his film debut, he took part in the musical Krush Groove. He gained popularity two years later after he landed the role of Jonathan Rollins in the legal drama series L.A. Law, where he spent nearly seven years. Since the late years of the 20th century, he has taken part in multiple films such as Just Cause, Deep Impact, Rules of Engagement. He also continued to thrive thanks to roles in many television series. His most notable roles are in the series LAX, Dirty Sexy Money, The Event, Ironside, and Quantico.

He was born on August 25, 1964, in Tacoma, Washington. His father was a United States Army colonel and his mother worked as an interior decorator. During his childhood, primarily because of his father, he spent most of his time between Germany and the United States. He graduated from the Petersburg High School located in Petersburg, Virginia, and attended the Carnegie Mellon School of Drama.

American actor Blair Underwood has an estimated net worth of $10 million dollars, as of 2023. Underwood starred as attorney Jonathan Rollins in the NBC legal drama series L.A. Law, from 1987 to 1994.

While he was still attending the drama institution, Underwood began acting professionally and landed his first film role in the musical Krush Groove. A few months later, he had an appearance on The Cosby Show, thanks to which, he was given a role in the soap opera One Life to Live. In the ABC production, he played the role of Bobby Blue from 1985 to 1986. Also that year, he joined the crime drama series Downtown, where he played the role of Terry Corsair in 14 episodes.

Continuing the momentum that he picked up in the early 2000s, he starred in the likes of City of Angels, Sex and the City, and The New Adventures of Old Christine. All of the roles earned him nominations for NAACP Image Awards in the same category.

In the late 1980s, Underwood joined the cast of L.A. Law. Starring in the television series helped the actor become rich in the early years of his career. He joined the NBC legal drama in 1987 and remained there for 149 episodes, playing the main role of Jonathan Rollings. Thanks to his outstanding performance, for the next seven years, Blair gained an audience and earned his first nomination for a Golden Globe Award in the category “Best Supporting Actor”.

Simultaneously with filming his role in the series, Underwood also took part in various films and television series. In the 1990s, he starred in several box-office hits such as Murder in Mississippi, Soul of the Game, Set It Off, and Mama Flora’s Family, and four NAACP Image Awards for “Outstanding Actor in a Television Film”. Also in the late 1990s, he joined High Incident as Officer Michael Rhoades.

In 2005, after two stint roles as an associate producer in the previous decade, Underwood produced his first film – Straight Out of Compton 2. In the early 2010s, the actor directed his first two projects – The Bridge to Nowhere and From Cape Town with Love. Around the same time, he joined many television series – Dirty Sexy Money, The Event, Agents of S.H.I.E.L.D., The Lion Guard, and Quantico.

At the peak of his career, in 2016, Blair starred in the series Give, which earned him his first prestigious Primetime Emmy Award. Most recently, in 2019, he joined the cast of three television series – When They See Us, Dear White People, and Self Made and, he also starred in the films The After Party, Juanita, and Bad Hair.

On TV, his biggest appearance was in L.A. Law but he also appeared in Downtown, High Incident, City of Angels, Sex and the City, Fatherhood, Dirty Sexy Money, Quantico and many more. His earnings per episode have been up to $120,000 but are considered to have been more typically between $25,000-45,000 per episode. In total, Underwood has likely earned $8 million from his appearances on TV.

Some of Underwood’s biggest movie appearances have been in Deep Impact, Just Cause, Rules of Engagement, Gattaca, Madea’s Family Reunion and Set It Off. He has appeared in about 50 movies in total and while he has often had small roles he has earned an estimated $5.5 million from his performances.

Outside of his 87 acting credits, Underwood has also earned money as a producer as well. He has produced 14 different films and TV series, including an upcoming episode of L.A. Law. He has also put in a lot of effort into promoting the various films and TV series that he has been a part of, earning small sums for doing so but it has helped his overall career earnings. When factoring in all of his appearances, it is estimated that Blair Underwood has had career earnings of some $15 million.

In terms of his tax obligations, over the 37 years of his career (1985-2022) Underwood has had average earnings of about $405,000. For high earning actors in Hollywood, their agents often work with firms or an independent firm is hired to legally optimize taxes. However even in these cases after paying federal income tax and a high California state tax, Underwood will have still paid 44% in taxes on his career earnings. In total, his after-tax earnings are therefore around $8.4 million, having paid $6.6 million in taxes.

Blair Underwood married Desiree DaCosta in 1994 and they have three children together. Underwood has no past divorces to speak of however the news is that he is currently in divorce proceedings. The exact result of that is unknown however it is likely that Blair will be ordered to pay Desiree quite a large settlement. That is considering she has been with him for much of his high earning career years. Overall however, and since that has not yet happened, All things considered and for now, Blair Underwood may have a net worth of about $10 million after factoring in likely investment gains.

Blair Underwood has enjoyed a lot of success in both the film, television, and theatre. The multi-talented actor and director is highly praised for his participation in charity organizations. He is also considered a true multi-hyphenate who has a long list of awards and nominations.

For his outstanding work, Underwood has won seven NAACP Image (of total seventeen nominations), one Grammy, and one Primetime Emmy Award. He also received two nominations for Golden Globe Awards and is yet to win one for his highly-praised work ethic and contributions to the industry.

“I think one of the most difficult challenges in show business is the challenge of longevity and to constantly realize and reveal what’s already been there – like doing stage and singing and dancing in New York. I haven’t been that far out of my comfort zone in a while.” Blair Underwood 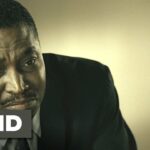 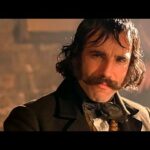