Bjorn Borg set quite a few records in his career, most impressive his six titles at Roland Garros and five consecutive titles at Wimbledon. One of the most difficult tasks in all of sports is making the transition from the slow clay of Roland Garros to the fast grass of Wimbledon two weeks later. No male player has done it better than Borg, winning both titles back-to-back in three consecutive years, and it’s easier now than it was in his time, because the grass at Wimbledon has gotten significantly slower.

Former world No. 1 tennis player from Sweden Bjorn Borg has a net worth of $45 million dollars, as of 2021. Between 1974 and 1981, Borg became the first man in the Open Era to win 11 Grand Slam singles titles. However he was never able to win the US Open in four finals appearances. He is the first male player to win five Wimbledon titles in the Open Era.

Borg’s success at Roland Garros made sense, given his foot speed, exceptional fitness, and steady topspin groundstrokes. Bjorn’s ability to win Wimbledon was the surprise, as its grass is the least rewarding surface for topspin. Bjorn’s speed on defense and accurate passing shots were his biggest assets, especially against serve-and-volley opponents like John McEnroe, against whom he played a couple of epic finals, but he also worked hard to become a competent volleyer.

In an era when tennis desperately needed cool, Borg brought it. Bjorn’s cool went well beyond his long hair and headband; in sharp contrast to the brashness of Jimmy Connors and the pugnacity of John McEnroe, Bjorn was the model of calm. For millions of tennis fans who couldn’t stand the tennis brats of the time, Borg was out there fighting the good fight.

Bjorn Borg’s career is also distinguished by youth. When he won Roland Garros just after turning 18, he was the youngest champion there to date. At 19, he led Sweden to its first Davis Cup title in the midst of a streak of Davis Cup singles victories that would eventually grow to a record 33. When he was just a month into being 20, he was the youngest Wimbledon champion of the Open Era. Borg’s records as the youngest champion at Roland Garros and Wimbledon were eventually broken, but his one unfortunate record of youngest ever still holds: at 25, while still competing well at the top of men’s tennis and in good health, Bjorn retired. No other player of nearly his stature has retired so young.

This Bjorn Borg Net Worth profile originated at WealthyGenius.com 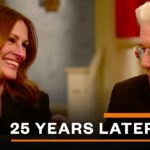 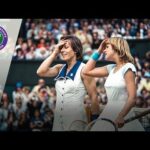