How much is Bing Crosby worth?

Bing Crosby is the stage name of Harry Lillis Crosby Junior. He was an American actor, comedian, and singer that is known as the first multimedia star. He is recognized for influencing the development of the (postwar) recording industry. For well over two decades, Bing Crosby was a leader in the motion picture grosses, radio ratings, and record sales as he recorded more than 1,600 songs and made over 70 feature films.

American singer, comedian and actor Bing Crosby had an inflation-adjusted net worth of $60 million dollars at the time of his death, in 1977. Crosby is considered the first multimedia star. He was one of the most popular and influential musical artists of the 20th century. He was a leader in record sales, radio ratings, and motion picture grosses from 1930 to 1954.

How Did Bing Crosby Get So Rich?

Being one of the most talented and best-selling multimedia stars alone is what made this actor and comedian so rich. After spending some time with “The Three Harmony Aces” and “The Rhythm Boys”, under the stage name Bing Cosby, he decided to venture into a solo career. His nationwide radio debut came in September 1931. A few weeks later, he signed multi-year contracts with Brunswick and CBS Radio. Concurrently with doing weekly radio broadcasts that last 15 minutes, he also released several songs – “Out of Nowhere”, “At Your Command”, and “I Found Million Dollars Baby”, that helped him become a hit.

Also in the early 1930s, the singer turned actor signed a contract with Paramount Pictures. He first started out with somewhat successful comedies like “Here Is My Heart”, “Anything Goes”, and “Pennies from Heaven”. His film career continued to flourish in the next decade until it eventually reached its peak. That decade, he began starring as a leading cast member of “The Road to Singapore”, the first of the acclaimed “Road” films set in different locations. By that time, Bing Crosby’s name not only rose to stardom and he was making more than $5 million.

Bing Crosby became famous after he made his nationwide solo debut on the radio in the early 1930s. Harry was born in Tacoma, Washington on May 3, 1903. He’s the fourth of seven children to Harry and Catherine Crosby. He has three older and three younger siblings – Laurence Earl, Everett Nathaniel, Edward John, Catherine Cordella, Mary Rose, and George Robert. After attending the Gonzaga High School (now known as Gonzaga Prep), he received his diploma in the late months of 1920.

Right after high school, Crosby enrolled at the Gonzaga University. He attended the university for three years but didn’t receive a degree. Instead, he was granted an honorary doctorate in 1937. Presently, the university contains a large collection of correspondence and photographs of material that’s related to him. After leaving the university aside, in 1923, he was invited to join a music band that’s made by high-school students. He remained in the group only for a few months before moving to California where he seeking fame.

What makes Bing Crosby so triumphant is the fact that he launched his own popular radio show, and starred in box-office hits such as “Going My Way”. The 1944 musical drama not only marked his breakthrough film role but also earned him his first Academy Award in the category “Best Actor”. Until the 1970s, he continued to take part in motion picture grosses like “Holiday Inn”, “The Bells of St. Mary’s, “White Christmas”, and “High Society”. In addition to these, he also took part in many television series and landed his own series ”The Bing Crosby Show”.

Simultaneously with acting on television, working as a radio superstar, the multimedia star continued to create music. Apart from playing major characters in various films, he also had his songs included in them. From the first awarded Oscar in 1934 until 1960, he was able to introduce fourteen songs that received nominations for an Academy Award. Four of them, “Sweet Leilani”, “White Christmas”, “Swinging on a Star”, and “In the Cool, Cool of the Evening” were able to win the awards for the multitalented singer. To this day, his record to introduce fourteen nominated songs (including four wins) for Oscars remains unmatched.

Bing Crosby is one of the most popular American entertainers of all time that has not one but three stars on the Hollywood Walk of Fame. In addition to these, he’s also the recipient of many other awards, including five Photoplay, one Academy, one Golden Globe, and one Peabody. Ever since his rise to stardom, this multimedia star has excelled in movies, radio, and television all at the same time and during his tremendous career that lasted six decades, he was able to rack up more than $70 million. 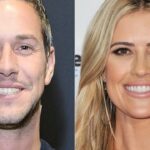 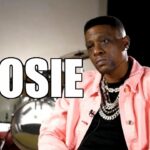