How much is Billy Bob Thornton worth?

From starting out waiting tables in Hollywood and coming from virtually nothing, Billy Bob Thornton established himself as an actor and writer and has had standout roles in movies like A Simple Plan and Monster’s Ball. In the the 90s, Thornton was starring in both indie movies and Hollywood blockbusters, and went on to become one of the most celebrated TV actors in the 2010s with his roles in Fargo and Goliath. At the height of his career, Thornton is estimated to have had incomes equal to a salary of $7-10 million dollars per year.

Outside of movies, Thornton has made a name for himself playing music and for his heavily documented romances with several actresses, including marrying Angelina Jolie between 2000 and 2003. Some of Thornton’s most popular movies include Sling Blade, Armageddon, and Bad Santa.

American actor, filmmaker, and musician Billy Bob Thornton has an estimated net worth of $55 million dollars, as of 2022. Thornton has spoken about his distaste for celebrity culture and kept his life out of the public eye.

Thornton was a struggling actor for a while before he caught his big break, he had been waiting tables and living off tips. Then, in 1986, he began getting roles in movies including Hunter’s Blood, Unchained and South of Reno.

By the 90s, he began getting roles in huge movies including Indecent Proposal and Tombstone. However his roles in the movies were so minor that his character would be so far down the credits list, and his character in Indecent Proposal was so minor that he didn’t even have a name. However, when Thornton shifted his energy into writing he finally found more success. Thornton wrote, directed, and starred in Sling Blade, a drama about an intellectually challenged murderer. The movie was a critical success and it launched Thornton into stardom, as he won the Academy Award for Best Original Screenplay, and was even nominated for “Best Actor in a Leading Role”.

After the success of Sling Blade, the offers came flooding in for Thornton, but the next tent pole movie in his career would swing on the other side of the pendulum. Where Sling Blade was an indie movie that was a long shot on a microscopic budget of one million dollars. He then appeared in Armageddon, a Michael Bay blockbuster production with a budget of $140 million, costarring Ben Affleck and Bruce Willis. Though it was completely scientifically inaccurate and received mostly negative reviews, Armageddon was a huge success at the worldwide box office (earning $553.7 million) and it was totally outside of Thornton’s comfort zone.

Outside of his filmography, Thornton is known for his relationships with the actresses he has worked with on set. Though he has said many times that he hates celebrity culture and stays away from the paparazzi the best he can, his relationships with Laura Dean and Angelina Jolie have been well documented. Being engaged to the former and then married to the latter for three years, his marriage with Jolie made headlines for there being a 20 year age gap between the two, and some other stuff… Like carrying a vile of each others’ blood around their necks for a while.

The first financial success Thornton saw was with Sling Blade, which kept him from waiting tables ever again. Not only did the film earn $34.1 million off a minuscule $1.2 million budget, but it has since made tens of millions in DVD and syndication deals, too. His other most financially successful movies include Love Actually, grossing $246.8 million, Armageddon, which earned $553.7 million, and Puss In Boots, coming in at $555 million.

Thornton has also made a name for himself in real estate, as he has bought several mansions before offloading them for millions more. In 2000, Thornton and Jolie, his wife at the time, bought a mansion in Beverly Hills from none other than the Guns N Roses guitarist, Slash.

The couple bought the mansion for an estimated $3.7 million, and 11 years later Thornton sold the property for an estimated $8 million, more than four million than he originally bought it for. After factoring in inflation, $3.7 million in 2000 was the equivalent of $4.8 million in 2008 and deducting capital gains and other costs. Thornton’s profit would still have been over $2 million dollars.

Ever since 2013, Thornton has been living in a $2.7 million property in Beverley Hills, which sits on the cliff side of Mandeville Canyon, and knowing him, he’ll probably sell it for $5 or $6 million dollars in a year of two. Thornton is known for making a profit from his real estate investments, he also likely has some of his career earnings tied up in securities, including stocks.

It is estimated that from his acting career, including his appearances in both TV series and in film. Billy Bob Thornton has earned $48 million dollars in career earnings. His per episode salary for Goliath peaked at $250,000 per episode. He has also earned more from his writing work, his music, as well as from his directing, and the appearances that he has made as himself. In total, it is estimated that Thornton’s career earnings have been around $65 million dollars.

In the mid-1980s, Thornton settled in Los Angeles to pursue his career as an actor. Hollywood is where every aspiring actor must go if they want to become a big star. It was a big relief for him to finally get anywhere near Hollywood actually, that is after having been working laying asphalt for the Arkansas State Transportation Department. That said, taxes are high in The Golden State and considering Thornton was taxed in California and at quite high federal tax rates during the 90s. It is estimated that he may have paid about 48% tax on his earnings.

In his personal life, Billy Bob Thornton has been married a total of six times and has four children. Angelina Jolie famously refused to accept any alimony from him but Thornton is estimated to have paid around $6 million dollars in alimony and child support orders, as well as in general.

Thornton has however earned far more than that amount in real estate over the years. In fact his profit from his real estate deals is estimated to be in the region of $8-10 million dollars (including appreciate on properties that he still owns). He will have also invested a portion of his career earnings into securities, however extrapolating from known data on individuals with similar traits to Thornton, it is more likely that it was less than 20% of his earnings and far more was invested in land deals. He will have still likely earned more from his securities however, $20-22 million dollars is the likely figure given the stock market’s growth. That is to mean, that he is up that amount having also experienced losses and not counting the principle investment amount.

Billy Bob Thornton has had one heck of a ride, that is for sure. In a completely random meeting when Thornton was still waiting tables in Hollywood, the actor ran in to the multi-award winning director, Billy Wilder. When Thornton asked for advice, Wilder told him something that would change his life. Wilder told Thornton to stop focusing on acting and to instead put all of his energy into writing. Thornton took his advice by completing Sling Blade, which made him the star that he is today.

Following Armageddon’s success, Thornton gained a reputation of taking on roles of characters who tended to be unpleasant, or down on their luck men who were angry at the world and had a chip on their shoulders. This is portrayed no better than in Bad Santa, a black-comedy Christmas movie without the warm and comforting aesthetic. In the movie, Thornton plays a mall Santa who is a gambling addicted, stripper-loving alcoholic that hates the holiday season. This continued in TV, as in Fargo, a semi-sequel to the movie of the same name, Thornton played a fearless assassin who is talked about as if he is the devil in human form.

Thornton’s relationship with the celebrated filmmakers, the Coen brothers, has significantly helped the actor. Together, the actor-director trio have made the cult classic, The Man Who Wasn’t There, and Intolerable Cruelty. Spring boarding off that, Thornton earned one the best roles of his career, not in a film but on TV, as Lorne Malvo in Fargo. Thornton wouldn’t have gotten that role if it wasn’t for the Coen bros being executive producers after having created the movie of the same name.

After a bizarre meeting of the minds between him and Wilder, it seemed like the universe was actively trying to make Billy Bob Thornton a big star. With several cult classics, a handful of totally underrated movies, and a couple of high concept space movies for good measure, Thornton has built a rich filmography that has helped him earn millions. 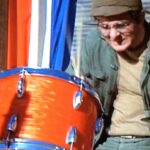 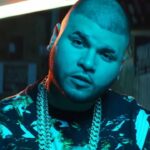