How much is Billie Eilish worth?

Billie Eilish is one of the most upcoming young influential figures within the music industry today. Everything about her, from her music to her fashion sense, defies and reshapes the boundaries of Hollywood. She has quickly risen to be one of the most talked about and idolized figures in the world today. This is how Billie Eilish was launched into fame, and became the wealthy and prominent celebrity we all know her as.

Billie Eilish started making music from a very young age. She and her brother Finneas, who is also a notable figure in the music industry, were taught the basics of songwriting by their mother when they were being home-schooled. Finneas is four years older than Billie, and he was already writing, producing, and performing music when Billie started her music career. She says that it was her brother and mother who inspired her to start creating music, and she wrote her first song when she was eleven years old.

American singer-songwriter Billie Eilish has an estimated net worth of $34 million dollars, as of 2023. Eilish uploaded the song “Ocean Eyes” to SoundCloud in 2015, in 2016 she got signed to Darkroom and Interscope Records.

Billie first gained attention when she uploaded her song “Ocean Eyes” to SoundCloud. The song was written and produced by Finneas, and this wasn’t the first song they had uploaded for the public to hear. This song, however, caught people’s attention. Billie and her song were complemented by several media outlets and radio stations.

After “Ocean Eyes” was released and gained success, Finneas’ manager reached out to discuss his sister’s musical potential. He arranged a deal for Billie, and she was signed to a company that helps to package artists before they get a record deal. Billie got a publicist and a stylist, and the image we all know today began to form.

Shortly thereafter Billie signed a record deal, and her career launched almost immediately. She had already gained attention from “Ocean Eyes,” and the music she released that year further helped to solidify the popularity and traction she was gaining in the music industry. She released several singles, as well as her debut EP Don’t Smile at Me. As her music career progressed, she became the second person ever (as well as the youngest person) to win all four of the four main Grammy categories in the same year. She is considered to have reached mainstream success after her 2019 single “Bad Guy” topped the Billboard 100 Chart.

Billie Eilish’s musical talent as well as her dynamic and original sense of style and visuals have allowed her to become a groundbreaking artist. She has broken records and reshaped an entire genre, appealing to the new generation of music listeners. Despite the many awards she has received, Billie has just started her career, and it is likely she will continue to gain fame and traction across the globe.

Her booming and fast growing music career has allowed her to become incredibly wealthy, especially for her young age. In addition to her music, Billie Eilish has also done brand deals and endorsements, which add onto the profit she rakes in from her image and career.

In April of 2019 Billie released a clothing line in collaboration with a Japanese contemporary artist named Takashi Murakami. The clothing line was inspired by the music video for her song “You Should See Me in a Crown.”

Besides her first clothing line and her appearance in Calvin Klein’s campaign, Billie has also collaborated with the program Adobe Creative Cloud for a series of advertisements and the clothing brand Freak City for her second clothing line.

Billie can thank her prominence in the music industry, including her concerts and high album sales, for her fortune. Her wealth can also be attributed to the various brands she has represented and collaborated with. Overall, her quickly growing riches can be credited to her musical talent and career, with a little help from the brands that profit from her image.

Billie Eilish’s success has come predominantly from her talent and image, which has quickly allowed her to rise in the music scene. Her EPs, singles, and tours are all critical to her music career, which provides her with the massive amount of fame and wealth she has gained in the past few years.

Her brother Finneas’ already existing music career allowed her easier access to the music industry than many aspiring artists have, though it was her talent that truly allowed her to succeed.

Billie Eilish has earned estimated total career income of $70 million dollars. Eilish quickly became one of the highest paid musicians in the world, with earnings of as much as $50 million dollars in 2019. She earned $18-20 million from a documentary made about her life when it was purchased by Apple TV+. She has also earned from her endorsements with the likes of Calvin Klein and clothing brand, Freak City.

As Eilish lives in the state of California, she will have had to pay around 49% in taxes on her career income. After tax, it is estimated that her career earnings are at around $35.7 million dollars, having paid $34.3 million dollars in taxes.

Billie Eilish is not married and has no children, in fact, she was still living with her parents after having earned $50 million dollars. In 2019, at the age of 17, she bought a $2.3 million dollar ranch property in Glendale, Los Angeles County.

Thanks to her different and beautiful vocals, the help of her talented brother, and her image, which is dynamic and completely pushes the boundaries of Hollywood, Billie Eilish has managed to become one of the most influential celebrities to the new generation and to the world. 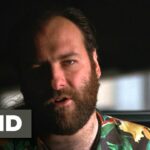 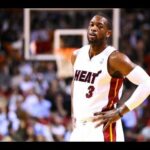