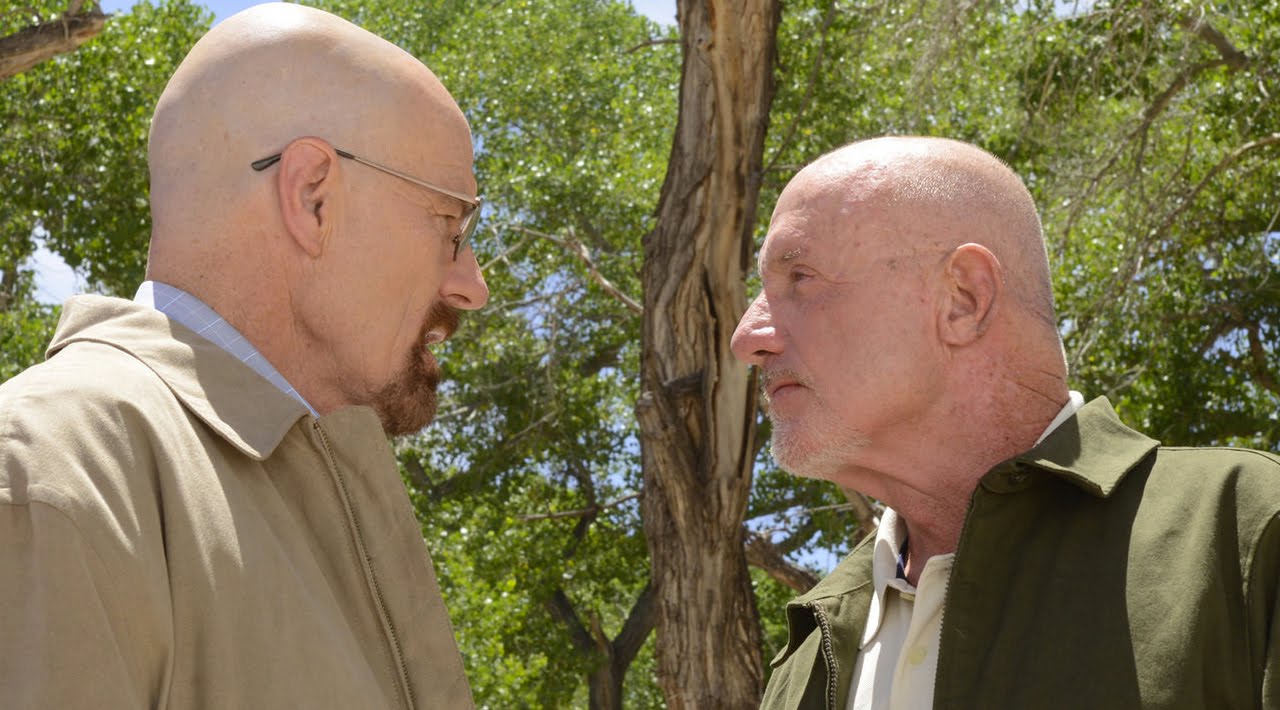 Television is the perfect place to breed great character rivalries. You have time to develop the characters and dig deep into their differences. So it’s no surprise that some of the greatest on-screen rivalries of all time have been on the small screen. Whether these duos are aggressively trying to ruin each other’s lives, or just engaging in office prank wars, they definitely don’t see eye to eye.

Whether you’re watching a Supernatural/Sci-fi thriller or a hilarious comedy, keep reading for some of the greatest character rivalries in TV history!

Jerry (Jerry Seinfeld) greets Newman (Wayne Knight) with a disgusted “hello, Newman” every time they meet, setting the tone for this rivalry born out of annoyance. These two don’t even pretend to like each other when they cross paths. The roots of their rivalry is never explicitly explained but it probably has a little something to do with Newman’s jealousy over everything Jerry has in life. The stand-up comedian has friends, girls, and a little bit of fame and acclaim. So maybe Newman doesn’t really think Jerry is “pure evil” — he just wants to be him.

This is definitely one of the more violent rivalries on this list. These two don’t just hate each other, Sideshow Bob (Kelsey Grammer) wants to actively murder Bart (Nancy Cartwright). After Bart gets him sent to jail, the menacing — and shockingly smart Ph.D. recipient — clown sidekick spends all of his energy trying to take Bart down. He even manages to kill him once, but finds himself bored without the cat-and-mouse game and brings him back to life so he can kill him again. Oh, cartoons.

Teen rivalries can be vicious. Lizzie’s (Hilary Duff) plight against cruel, popular Kate (Ashlie Brillault) was the classic middle school battle between the popular and the average. They used to be BFFs until Kate developed a little quicker than Lizzie and left her former bestie in the past. The two traded jabs, spread rumors about each other, and generally just acted catty. Eventually, they reformed their friendship when they looked past the angsty hormones and realized they weren’t so different after all. If only all our teenage rivalries ended the same way.

4. The Gang Vs. The Mcpoyles, It’S Always Sunny In Philadelphia

This is a battle of pretty bad people against other pretty bad people. No one in the Paddy’s gang is especially “moral” or “good” — and neither are the McPoyles. It’s like they’re vying for who can be the weirdest, laziest jerks. But their battles trying to take each other’s families down are pretty hilarious. Like the time the McPoyles held the gang hostage with fake guns and totally effed with their heads. Or the time the gang left them to burn in an apartment set ablaze… on Thanksgiving. Normal rivalry stuff! Definitely don’t see these groups mending any fences any time soon.

This is the OG TV rivalry. Bugs (Mel Blanc) and Fudd (Arthur Q. Bryan) were born enemies, ya know, since one is a rabbit and ones a hunter. Luckily for Bugs, he’s been the de facto winner in their rivalry, always eluding capture or death with his cunning. Their cat and mouse game has spanned decades and they’re no closer to warming up to each other now than they were in the 1940s!

Nothing like a human girl tasked with killing evil beings to pit two vampires against each other. Spike (James Marsters) and Angel (David Boreanaz) began as friends, wreaking havoc across the world together. When they went their separate ways it was a girl that brought them back together — and made them enemies. Spike was on the hunt to kill his third slayer when he came into Buffy’s (Sarah Michelle Gellar) life, and Angel was not having it — especially because he was in love with the slayer. Long story short, it got even worse, somehow, when both of the men fell in love with the woman who was literally activated to kill them and the vampire race. The two (well, three) eventually formed some uneasy alliances and even friendships, but their rivalry always remained part of their dynamic.

This is a tricky rivalry since you don’t really know who to root for. Doakes (Erik King) was always suspicious of Dexter (Michael C. Hall) for his, rightfully, strange behavior. And he was right to be suspicious — Dex is a literal murderer! But the titular character is also the protagonist in this story and you kiiiiinda maybe sorta root for the bad guy (with good intentions) to win this time. Doakes pursuit of Dexter becomes relentless and doesn’t end too well for him, but he was definitely justified to hate the guy. This is definitely the only time we’ve been happy the serial killer prevailed, promise.

These two are the definition of frenemies. They still hang out all the time but totally can’t stand each other. While they started out as friends who argued sometimes, their rivalry has become a sticking point on the show with some major plot points stemming from it. They’ve done some cruel, gross stuff to each other over the years. Sometimes fouled mouthed middle school kids have crazy rivalries, but hey here’s a thought — maybe you two shouldn’t hang out anymore? Just an idea considering the friendship is toxic.

The ultimate TV towns rivalry. Classy, affluent Eagletown vs. raccoon-invested, obese Pawnee. Pawnee is the best, though, since it’s home to Leslie Knope (Amy Poehler) and the rest of the Parks & Rec department. The battle of the towns goes so far that when Eagleton goes bankrupt, Pawnee almost doesn’t help them out. And when Leslie learns she was born in an Eagleton hospital, she feels unending dread. Eventually, Eagleton is absorbed by Pawnee since their extravagant lifestyles were just that — way too extravagant to persist. But some rivalries will never die even if a whole town goes bankrupt and has to combine with their #1 enemy.

These two warring coworkers never lessened their disdain for each other. They took shots at one another at work and Mimi (Kathy Kinney) definitely went out of her way to annoy Drew (Drew Carey) at every chance. If you’ve ever had a work enemy, you totally understand this rivalry. The two eventually softened to each other when Mimi ends up marrying Drew’s brother, but they never totally get over being utterly annoyed by the other’s existence.

This is definitely a rivalry that Christian family man Ned Flanders (Harry Shearer) never asked for, but when your neighbor is disruptive Homer Simpson (Dan Castellaneta), you almost don’t have a choice. These two have always clashed on family values, lawn care, and other suburban issues. And to be fair, Homer is a horrible neighbor. He steals things from Flanders and just generally disrespects him. Too bad Flanders is too even-tempered to really take Homer on.

This is a rivalry as old as the Superman comics themselves, but this retelling focuses on their relationship in a completely new way. The two start as good friends, albeit ones who keep more than a few secrets from each other, but a friendship all the same. Lex’s (Michael Rosenbaum) intense curiosity about where Clark (Tom Welling) came from leads to a rift in their friendship. This “rift” turns into an all-out hero vs. villain situation and the rest is, well, superhero history.

Another rivalry as old as TV time. These two were destined to be enemies and are the OG iteration of “cat and mouse games.” As far as rivalries go, you can’t get more iconic than these two. Tom spent his whole damn life trying to get that mouse to no avail, just to have Jerry outwit him every time. Their slapstick rivalry always made for laughs, though, and sometimes they even end up calling a truce. You know, until they remember they’re a literal cat and mouse and meant to hate each other.

Professional rivalries can be dangerous because your enemy will do everything they can to drag you down and raise themselves up. Thus we have the rivalry between Jack (Alec Baldwin) and Devon (Will Arnett). The two come up against each other for jobs frequently, and always engage in some sort of wacky plot to bring the other one down. It’s a fulfilling rivalry, though, giving them both something to work at and someone to work against, which is really all they want in the first place.

Sibling rivalry can be the worst kind of all. You know each other’s weaknesses and fears and can exploit them at all costs. And sometimes you try to kill your siblings — literally. Oh, wait, that just happened on the crazy train that is One Tree Hill. Dan (Paul Johansson) and Keith (Craig Sheffer) were always complete opposites. Their rivalry literally spans their entire lives. But it was when Keith started romancing Dan’s old woman and fathering the son he abandoned that Dan got really upset. Pure selfishness is kind of his thing. Their rivalry doesn’t end well and it’s heartbreaking for all involved. Sometimes the best thing to do is accept family for who they are and not like, hire a woman to pretend to love your brother and then have her leave him at the altar.

Two slayers, two totally different mindsets, and one big ass rivalry. Buffy and Faith (Eliza Dushku) both know what they’re meant to do: kill vampires. But their means of getting there? Couldn’t be more different. The two bond at first but Faith is easily swayed to the dark side and their rift grows like the Grand Canyon. Buffy’s charmed life and Faith’s rough upbringing put them at odds and on completely different trajectories. Eventually, the two ladies figure it out, but not before things get real nasty in the middle there.

Sometimes work rivalries are just downright fun. Jim (John Krasinski) and Dwight (Rainn Wilson) are the masters of pranking each other. The two frenemies play disdain for each other, but deep down their pranks are full of love… or at least at the end they kind of are. Their (mostly) harmless, fun gags can give you some great ideas for your office-mate. Office supplies in jello perhaps? How about dressing up as them for Halloween? The prank war doesn’t end until someone wins, thus creating the ultimate rivalry.

Oy, these two. Family rivalries can be rough, but these two somehow managed to drag it out for centuries over multiple women. Stefan (Paul Wesley) and Damon (Ian Somerhalder) have an understandably complex relationship. Stefan is the reason Damon’s spending eternity as a vampire, and he stole his girl. Twice. Damon’s spent the decades making Stefan’s life hell while secretly just wanting a relationship with his brother back. Too bad girls with the same damn face keep getting in the way. Eventually, they let the Elena (Nina Dobrev) madness move to the backburner and work to repair their relationship. Brotherhood is an important bond and these two finally got it — even if it took a couple hundred years. 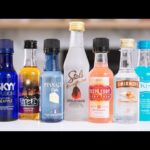 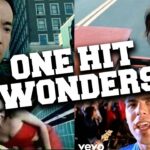