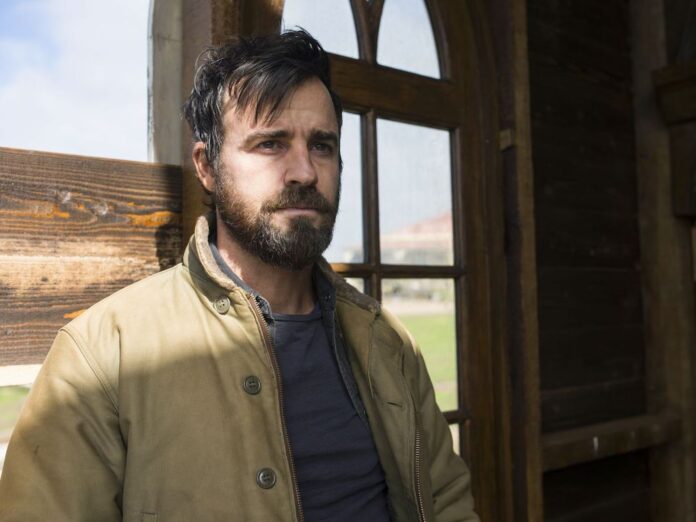 It’s that time once again, summer. The season where we all pretend to have fabulous lives (i.e. frolicking outside, getting bronze and having “constant” plans with our friends). Yes, I have an Instagram too. You might be fooling the man who insists on commenting “u iz hot” on every photo, but don’t lie, you’ve been laying on the couch/in bed watching television.

Marking the summer by which TV shows were binge-watched in a single sitting and which ones totally changed your life is totally natural. Now that Netflix has become the youngish persons distraction of choice, I have to ask, “what about actual TV?” I’ll be the first to admit that the summer TV schedule appears to be a lesser version of what premieres in the fall. Have you even seen Scandal? There’s definitely nothing like that on during the days of sweltering sun and sleeping until 3pm…or is there?

Here are five shows that prove warm weather programming might not be as brainless or steam-less as we suspect:

Some will harshly judge me for including this guiltiest of all pleasures, but there’s a reason I did (I swear). Marc Cherry, the man behind DH, or Desperate Housewives for those of you not in the know, and Lifetime, have somehow crafted a murder mystery/social satire/excuse for beautiful women to have brains all in one show revolving around 5 supposed maids. Each episode ends on a cliffhanger, which just reels the viewers in. Also, the Beverly Hills scenery makes me want to become a burglar out of pure envy. But how could this be? Was I sleeping when Lifetime decided to start mixing quality shows in with its hate-watchable movies?

Either way this sudser offers a little something for us all—the maids even crack jokes! Its second season just wrapped, but cross your feather dusters that it gets the all-mighty third season pickup. We deserve it.

HBO has accomplished their primary mission once again. The network has created an utterly dour series revolving around morally-ambiguous characters in a heinous situation with no solution in sight. Are you hooked yet?

Based on Tom Perrota’s novel of the same name, The Leftovers follows one family after two percent of the world’s population disappears and subsequently sends the survivors into a frenzy. If you’re unfamiliar with Perrota, he wrote Little Children, the masterpiece that encouraged Kate Winslet to cheat on her husband and score an Oscar nom circa 2006.

Justin Theroux, better known as Jennifer Aniston’s angsty other half, portrays the tortured lead who doesn’t inspire much likability. Only time will tell if this dark, depressing tale becomes another HBO monstrous hit, but right now it’s an instance of summer television stepping up and showing some brainpower.

Hello, this network show stars Halle Berry! Do we need more reason to watch? Well, hold the remote still for one second. Berry hasn’t been the hottest commodity lately even though The Call was decent (I’ll give her that), but still she’s a movie star on NETWORK TELEVISION. Never mind, turn this on immediately!

Centered on an astronaut, Berry, returning home after a year-long trip abroad, in space. She attempts to reconnect with her family after all the solitude and finds herself incoherently pregnant. But who did it? She flew solo in space. So who had the pleasure of knocking up this fine specimen? A space ghost… (I guess).

Billed as the next big sci-fi drama, it’s unclear if this promising premise will generate decent ratings or a fan base. Science fiction has proven to be a tough genre to do correctly… (i.e. anything about aliens). Perhaps this time around, CBS will land a bonafide hit and hold onto Berry for more seasons to come. Sci-fi takes some serious thought, so this offering is definitely not brainless.

Thank you FX, for giving me nightmares and transforming vampires from beautiful, sparkly babes and back into monsters. Don’t be sorry, but I’ll need a hot minute to regroup.

This brand new horror offering from the demented and delightfully terrifying mind of Guillermo del Toro, will scare the living sh*t out of you despite the lights remaining on. The series opens on a commercial jet halted at JFK, not due to overbooking or delay (as per usual), but because everyone on board is dead. Hook, line and sinker.

Worms creepily crawl under people’s skin, morphed vamp/zombies survive on blood and flesh and a vampiric strain comes from a viral outbreak (excuse me while I never go back to NYC out of fear). Let’s hope the dedicated doctors, err actors, figure out what’s causing this dangerous outbreak and get it solved, pronto.

Nothing remotely suspenseful, in my humblest of opinions, has been on basic cable or network television since Harper’s Island, so this offering will no doubt inspire some chatter or at least a decent Twitter following. With a previous House of Cards star in the cast, The Strain might just be the scariest thing you’ve done this summer. Tuning in might be a mistake if sleep is a priority, but at least this show will remain imprinted on the mind.

With a title like that, how could anyone resist? What does one have to do to become a “master” of sex? Pioneering the entire science of human sexuality is sufficient, at least in the case of Masters and Johnson, the show’s main characters.

Showtime’s returning show promises plenty of sexual innuendo, drama and intrigue as it follows the lives and work of famous sexual response researchers William Masters and Virginia Johnson. The series has received numerous accolades for its smart writing and incredible performances. Diving into all things pertaining to sexuality, including the holy orgasm, should be enough to lure in viewers willing to pay the extra money for premium cable or put in the extra effort to find it online (oops, I didn’t say that).

The supremely wonderful Lizzy Caplan leads the cast and gives at least one giant reason to tune in. It’s about time she landed on a decent television series after her stint on True Blood. This gem has much to offer in the realm of smart material and steamy scenes, and is worthy of a courtesy viewing while the second season gets off and running.

So is summer TV truly mindless or is everyone just tuning into the wrong shows? (Reality television is addicting, I understand). I can’t control or change minds, unfortunately, but try something fresh and let the Pretty Little Liars continue their endless hunt for “A.” You might be pleasantly surprised or scared, whichever.

This is How Carbs Actually Effect Your Body

20 Delicious Desserts To Try While Traveling Around The World

20 ‘90s-inspired Costumes Perfect For This Halloween

16 Unusual Recipes To Spice Up Your Thanksgiving Dinner

17 Actresses Who Should Stick To Romantic Comedies

6 Things Beyonce Did That Convinced Us She’s God