Some people turn to television to relax, unwind, and watch something a little mindless. But not every show on TV brings laughs or tears — some bring the scares! Horror TV shows have become more and more common as an alternative to the comedies and dramedies that light up television. There are so many different types, too! From gore to psychological horror, there is no shortage of the different kinds of frights these shows can provide. It doesn’t have to be Halloween to scare yourself silly!

Horror TV shows used to be seen as a niche market. Without a huge mass appeal, there just wasn’t that many shows getting made intended to scare the crap out of viewers. But with so many network options and so many interesting ideas coming to the small screen, the jump scares and mind-number horrors have become par for the course. American Horror Story in no small part helped kick off a trend of scary, creepy, gory shows on TV meant to force us to keep the lights on. Here are some of the greatest horror shows for when you’re looking for a good scare!

One of the biggest horror tropes in recent years have been zombies. And who does it better, or scarier, than The Walking Dead? While there are politics and wars to contend with, at the end of the day, the undead are the biggest threat in the show. No matter what trouble the characters get up to, they will always be fighting a losing battle of trying not to succumb to zombie life. Based on the horror comics of the same name, The Walking Dead presents a reality that many people genuinely fear. Because, yes, there are people who believe wholeheartedly that the zombie apocalypse is coming. And when the show is rooted in reality, it’s even scarier!

The “strain” presented in this horror-drama is one that kills the infected or turns them into vampire-like creatures. So, yeah, scary AF. The CDC must work to control the outbreak of the viral strain that could wipe out humanity. Vampires run amok and humans try to ward them off, but this isn’t just any vampire show. They aren’t young and gorgeous à la The CW. They’re terrifying and deadly and destroy every single one of our vampire fantasies. Because, oh yeah, vampires are freaking terrifying and not glittering teens looking for love!

This horror anthology series tells individually terrifying stories on each new season. The unsettling seasons bring need levels of creepy each time. From a mysterious child disappearance in the first season to a house of horrors in the second season, the show changes it up regularly so you never have the same scare twice. The stories themselves are based on “creepypastas” a.k.a internet horror lore. Some of these stories have made the rounds on the internet for years, becoming legendary tales. And if you’re wondering how scary the creepypasta stories can be, here’s a reminder that Slenderman was once just a story on the internet!

Not all horror TV shows have to be dark and depressing. Horror-comedy is a very real, very funny, and still a very scary thing! Set in the Evil Dead film universe, the show is set 30 years after the original films with Ash Williams (Bruce Campbell) once again having to take up arms against the Evil Dead. While the show has laughs, it has plenty of gore and scares as Ash and his friends try to take out the gruesome dead folks. The comedy lulls you into a sense of security and then the horror comes back with a roaring vengeance to get you when you least expect it!

The long-running series may be on The CW, but don’t expect all the monsters, demons, and ghouls to be total hunks. The fright is very real on this series about two brothers who hunt monsters to avenge their mother and do what their father taught them. The show is the longest-running fantasy horror TV show of all time at this point! And while it’s not always strictly horror — there are laughs and love and family drama galore — it has given us plenty of scary monsters and dastardly storylines!

A horror… procedural? Yep! This TV show mixes cop drama, horror and fantasy elements, and Grimms’ Fairy Tales in one package. A cop, who learns he is a “Grimm,” has to work to keep the balance between humans and the mystical, mythological creatures that threaten humanity. The story applies humor, police procedural work, and monstrous elements to create a mix of things that will scare and delight. Truly a horror show with elements for everyone!

Black Mirror explores modern society through a sci-fi, psychological horror lens. And it’s scary AF because it could all be totally real one day. The show focuses mainly on how emerging technologies can have unintended and dire consequences. The episodes are standalone stories showing individual realities in each hour. While some hours are light and experimental, many are scary and dark and give a look inside a world that feels all too possible. The show takes a deep dive into societal trends, modern technology, and humanity’s flaws. And it does it in a way that makes us wonder how close we are to these postmodern futures becoming our reality!

This limited-run series is made even scarier by giving fans just enough episodes and nothing more. The series follows a group of guests at a destination wedding when they learn there is a killer among them. There was a killer on the island years ago, but he was caught and now the mystery is who is causing all of these deaths and what secrets does the island hold. The real horror comes from not knowing who you can trust in a group of family and friends — and who might turn around and stab you in the back.

Mix sorority life and brutal murders and what do you get? Scream Queens. The series follows the Chanel’s, a group of sorority girls that become embroiled in terror as the Red Devil terrorizes the college and kills anyone that stands in their way. The horror-comedy series provides plenty of laughs in between jump scares and gruesome killings. It’s a fun mix of fright and delight as it captures the campy essence of a good soap opera as well as the scares of a great slasher film.

This is mysterious psychological horror at its finest. What’s real? What’s not? And what the hell is going on? Trying to find who killed Laura Palmer (Sheryl Lee) turns into a surreal, scary trip for a detective. The town of Twin Peaks is far from normal and nothing is quite as it seems there. Between dream sequences and creepy characters, there is no shortage of eerie content here. The show routinely travels into bizarre territory as it strays farther and farther down the rabbit hole of creepiness.

This psychological horror show, set in old Victorian London, reimagines classic horror figures like Dracula and Frankenstein. The name comes from “penny dreadfuls,” which were short stories once published and sold cheaply that had lurid or shocking subject matter. The show draws shock from its terrifying monster repertoire and brings the macabre manner of the original story to new, scary places. As an origin story for the monsters and men that we know from literature, it’s pretty fascinating. And as a horror show, it’s pretty damn dark!

This psychological horror mystery series sets to do something never done before: mix and meld all of Stephen King’s work into one bizarre universe. The show is set in Castle Rock, Maine, a mainstay location in several of King’s novels. It brings in themes, events, and even characters from his most famous works into one mysterious, twisted world. King is the ~King~ of horror. So anything based upon his work is destined to be scary!

Hannibal Lecter, the subject of several books and later movies, is one of the most terrifying people in pop culture. The series delves into a bit of an origin story for the madman and his connection with an FBI agent who is sent to work with him to capture a killer. Lecter (Mads Mikkelson) is, unbeknownst to the FBI agent, a cannibalistic killer. He even tries to turn his new companion into a killer himself! The mind-bending thriller gets you as close as you can get to a murderer who not only kills but eats his victims. The scariest part is that this man could be real!

The ’80s-set super hit may be a nostalgia bomb, but it’s also an entertaining bit of horror. The story of The Upside Down, the mysterious monster that inhabits it, and the creepy facility testing on kids isn’t just terrifying for the children in the show but for all of us watching, too. Fun ’80s vibes can’t distract you for long from the creepy crawly stuff happening in Hawkins, Indiana! Conspiracies and dark, evil monsters are just a few of the things these kids have to contend with. We find ourselves watching with bated breath as we wonder what poor Will (Noah Schnapp) will go through next!

The movie Psycho is regarded as one of the finest, and scariest, horror flicks of all time. Norman Bates pretends he is his mother and runs the family motel while preying on and murdering young girls. Bates Motel shows us a young Norman Bates (Freddie Highmore) and his still-living mother (Vera Farmiga) and gives an origin story for the future killer. Norman’s mental illness and dangerous impulses grow and expand as the series goes on, making for a creepier and creepier environment with every passing season. The final season loosely adapts Psycho as Norman spirals out of control.

This is the OG horror show on TV. The Twilight Zone brought a new, unsettling concept to each and every horrifying episode. Horror, sci-fi, fantasy, and suspense elements were interwoven into most episodes, creating new, head-scratching possibilities each time. Some were scarier than others, while some just made you think, but they were all drawing upon the news of the day. Dark realities were created with the idea of McCarthyism and nuclear war, to name a few, that many saw as real possibilities. Others had pig faces! It’s also a toss-up what kind of story the show is going to tell, but it’ll always embed itself in your mind afterward.

It has horror in the name, of course it’s one of the best horror TV shows! This anthology series has tackled everything from haunted houses to witches to real-life lore. While it can get ridiculous and campy, it always goes for the gore and the shock. The show manages to mix in almost every terrifying thing you can think of in its strange seasons. Ghosts and ghouls are common sights, and someone dies almost every single episode. Years into its run, it still manages to shock and scare, proving horror TV shows are here to stay. 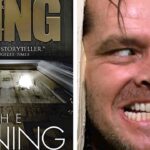 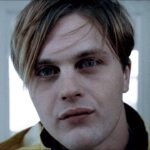