Some people are blessed with an almost supernatural ability to make people laugh. Many funny people are fine on their own, either in stand-up or maybe leading a film, but then there are some comedians who take everything to a whole new level when they have someone to play off of. Some of the funniest content in the last 100 years has come from duos who come together to create comedy magic.

When a comedian finds their other half, we, the people, are blessed with movies, TV shows, sketches, and skits that double the laugh-factor. There’s no denying that some people are just better together! Some people can bring their talents to new heights with another person next to them – forcing new levels of creativity. And that’s exactly why these comedy duos are our absolute favorites!

This pair of funny Brits have been friends and collaborators for years. The two are best known for working together on “The Three Flavours Cornetto Trilogy” which included the films Hot Fuzz, Shaun of the Dead, and The World’s End. These funny men have spent years in different degrees of collaboration from writing together to starring alongside one another on screen. There is no limit to the creative comedy projects these two create together!

15. Will Ferrell And John C. Reilly

If you don’t love Stepbrothers, then you truly don’t know what it means to be funny. This funny comedy duo makes magic when they link up. The two have made some of the funniest movies of the last fifteen years together. Their friendship even changed the trajectory of Reilly’s entire career. Before he met Ferrell, he was mostly doing dramatic roles and a few period pieces. But after they began collaborating found his comedic groove. We’ve seen them side-by-side in films like Talladega Nights: The Ballad of Ricky Bobby and Anchorman 2: The Legend Continues. You might know Will’s solo work a bit better, but there’s no question that these two have created some of the best comedy films of all time. They’re back at it again with the upcoming Holmes and Watson — and hopefully many more funny flicks after that!

These two bad boys of comedy were originally co-stars on Saturday Night Live before branching off to do other projects together. Their biggest feat as a duo was most likely The Blues Brothers. Dan and John started the characters out as a legitimate blues band that played on SNL but not too long after the characters were spun off into a film franchise. Akroyd and Belushi played off each other expertly in their sketch comedy days and during their big screen endeavors. Would you expect anything else from original Not Ready for Primetime Players? This comedy duo even owned a bar together at one time! Talk about a perfect pairing.

You may know them best from Broad City but these two funny ladies have been working together for years. The two met during their time with the Upright Citizens Brigade Theater in the early ’00s where they were both doing stand-up. Their friendship led to a web series that blew up and got them in touch with the one and only Amy Poehler. Poehler agreed to turn their web series into a real TV show — Broad City — and now they’re one of the most popular female comedy duos ever. Nay, one of the most popular comedy duos ever, period. These two are comedic ~qweens~.

These two were born to be a comedy duo, and not just because they’re twins. But you couldn’t possibly have one without the other. They’re known as The Lucas Brothers professionally and have crafted a whole career with their particular brand of human. While the two are still in the fledgling stages of their careers, they’ve done many high profile gigs – including hosting their own show and guest starring in the hit film 22 Jump Street. And fun fact: the two were both in separate prestigious law schools until they dropped out in their third year to pursue comedy together. They’re kind of good at this whole making-people-laugh thing so we think they made the right choice!

What happens when you bring a nightclub singer and a stand-up comic together? You strike comedic gold. Martin and Lewis spent ten years performing in clubs, radio, TV, and film. Unfortunately, the two split after ten years pretty bitterly after their partnership turned toxic. Their time together helped to launch their massive solo careers, but their brief reunions over the years always drawn the most attention. Dean and Jerry were the definition of doing it all: They sang, they danced, and they made people laugh.

These two were mainstays of mid-’00s goofy comedies. If Wilson and Stiller were in a film together, you knew it was going to be funny and slightly absurd. The two comedians worked on hits like Zoolander, Starsky & Hutch, and Meet the Parents. They’re basically unstoppable when they team up. The only drawback to this partnership is that the two haven’t made any movies together in years! Wilson has dealt with personal problems that brought him out of the spotlight, but we’re hoping this comedy duo will reunite on-screen sooner rather than later. And maybe Vince Vaughn will join them too — the only thing better than a duo is a trio!

Back in the ’50s and ’60s, comedy duos often declared themselves “teams,” like Martin and Lewis did. While Hope and Crosby never formally did this, they worked together enough that the world declared it for them. The two spent years creating the Road To film series. It spanned seven movies and a whopping 22 years. Aside from that, they frequently appeared on stage, radio, TV, and many other films together during their bustling careers. The two were known for their self-deprecating and insulting humor, which was a new trend at the time. (Not so much anymore though, TBH.) Not only did this duo make fans laugh, but they revolutionized comedy in the process!

Key and Peele have become two of the biggest names in comedy in the last few years. After meeting on the set of Mad TV the two clicked and decided they were pretty damn good together. This led to the creation of Key & Peele, a revolutionary sketch comedy show with sketches containing just them, and sometimes a few extras. After the show ended, the two have gone on to do different things, but they’re always supporting each other. Did you see Key’s face when his BFF Peele won an Oscar for writing Get Out?! It was precious, and we can’t wait to see what they collaborate on next.

When Cheech fled California to avoid the draft for the Vietnam War. he ended up in Canada, where he met his other half. Cheech and Tommy Chong started doing stand-up together, zeroing in on the free love era and especially their love of marijuana. They transitioned to feature-length movies and their entire image morphed into being the most notable stoner comedians of all time – setting the bar high for the stoner comedians of today. Cheech and Chong parted on not-so-great terms in the ’80s, but they reunited by the late ’90s and are currently working together on new material. All friendships go through ups and downs – even if you’re part of an iconic comedy duo!

Wilder and Pryor were magical together, and also pretty ahead of their time considering they were an interracial comedy duo. The pair met while they were casting the film Silver Streak, which became the first of their many hits together. Surprisingly the two weren’t actually very close in real life, allegedly due to Pryor’s substance abuse issues. But their on-screen chemistry was so palpable that they continued to work together time and time again, and together they created some of the best comedies of their day.

In the ’90s, there was no funnier duo that Spade and Farley. The two met during their time on SNL and turned their unlikely friendship into odd-couple roles on-screen. The formula was always the same, and always perfect: Farley played it crazy, frantic, and physical whereas Spade was the centering force playing it straight. They worked off one another with such precision that they would probably still be working together today if tragic circumstances didn’t get in the way. But alas, Farley’s dependency on drugs and alcohol cut his life far too short. Spade still works in comedy, frequently collaborating with other SNL alums like Adam Sandler and Chris Rock – but his comedy’s never been quite the same without his other half.

This is a unique comedy duo for one big reason: the two were married! (On-screen and off!) How amazing to have your partner in comedy also be your partner in life? The couple both worked in show business and after getting together decided that a show about them as a couple was a no brainer considering it would combine their two passions! So they created the legendary I Love Lucy show and the rest is television history. The two ended their turbulent marriage after the show came to a close, but they remained good friends even after they were remarried to other people. And, if we’re being honest, they were never as good alone as they were with each other.

We’d be willing to bet that you don’t recognize those names on their own. But you definitely recognize their joint moniker “Laurel & Hardy.” Their comedic double act was one of the touchstones of the early 1900s, and they quickly made a name for themselves for their slapstick comedy. Laurel was thin, Hardy was heavy, and their dichotomy created a magical type of comedy that can still be seen in film and television today. When these two got together, they worked their butts off – and it paid off. Together they starred in 107 films, as well as one television appearance towards the end of their time in comedy. They will forever be synonymous with one another, making them one of the most legendary comedy duos of all time.

Abbott and Costello are another comedy duo better known for their shared title than their individual names. The two were the comedy partnership of the ’40s and ’50s, appearing in numerous TV and radio shows together during that time. They were also huge film stars, starring in dozens of films together. Their popularity began to wane at the end of the ’50s when new acts came along. This, paired with the duos overexposure, brought an end to their time together. But before they parted ways, they had a long and storied career – and always let us know “who’s on first!”

Is there any greater duo?! Nah, we don’t think so. These two funny ladies met during the early days of their careers learning improv and doing stand-up. They both ended up on the SNL stage and their collaborations for the show were always perfection. Now, whether they’re starring in movies together or hosting awards shows, they’re always entertaining. Two women making people laugh together and lifting each other up. We couldn’t love them more if we tried! This is the comedy duo the world needs right now and we are so lucky to have these national treasures of our generation. 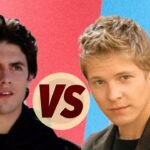 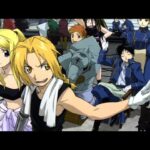