How much is Bert Kreischer worth?

Who Is Bert Kreischer

After a long day at work or school, most people look forward to winding down. For some, a relaxing bubble bath may do the trick, while others may rely on a long walk with a friend. It may not come as a surprise that most television viewers rely on comedy TV shows and movies to knock the edge off at the end of a long day. Huge stars such as Kevin Hart, Will Ferrell, Tina Fey, and Bert Kreischer make a pretty penny by helping people like us share a smile and perhaps even a laugh at the end of long day. Kreischer, born in 1972, is an American comedian, reality television host, and actor most famous for serving as inspiration for the movie “National Lampoon’s Van Wilder” and for the TV series “Bert The Conqueror”. Since 2004, he has preformed countless stand up routines across the nation and has developed a recognizable name for himself.

How Did Bert Kreischer Get So Rich?

After moving to New York to work with an agent to refine and capitalize on his comedic talents, Kreischer began preforming stand up comedy. In 2004 he was one of four featured individuals on the DVD release of National Lampoon Live: New Faces – Volume 2. This feature opened doors for his appearance as a regular gust on the Comedy Central show Shorties Watchin’ Shorties. As his fame grew, he began making appearances on popular late night talk shows such as Jimmy Kimmel Live and Conan. Finally, in 2009 his very own comedy special titled Bert Kreischer: Comfortably Dumb aired on Comedy Central. This special opened the door to additional series on the network as well as two movies for Netflix. In March of 2020, Kreischer released a special titled Bert Kresicher: Hey Big Boy on Netflix. In addition to comedy shows and tours, Kreischer also published a book that focused on his past and rise to fame. All in all, Kreischer’s comedic abilities and hard work has led him to acquire a net worth of approximately $3 million dollars.

Growing up, Kreischer was a pretty reserved child, as he was the son of a real-estate attorney and attended a private High School. Later in life, he attended Florida State University and majored in English. During his time at FSU he joined the Alpha Tau omega fraternity thus proving his enjoyment of social aspects of college. Before he knew it, in 1997 he was beginning his sixth academic year at FSU. At the time, the University was ranked as the top party school in the nation. Later that year, Rolling Stone Magazine published an article that rightfully named Kreischer the top partyer at the biggest party school in the U.S. The rights to Kreischer’s story and life events were bought by Oliver Stone who later developed the script for National Lampoon. In 2002, National Lampoon’s Van Wilder, based on Kreischer’s life story, began production. It can easily be concluded that Kreischer’s feature in Rolling Stone is what spearheaded his rise to fame and success in the U.S comedy industry. He easily solidified his rise to fame when one of his stand-up comedy skits at Potbelly’s bar in Tallahassee was sent to an agent in New York.

What Makes Kreischer So Successful?

Success can often seem unattainable; however, with the right mindset and hard work many things can be accomplished. Instead of allowing himself to become overwhelmed or discouraged for having to attend FSU for 6 years, he used it to his advantage. He stayed true to his happy, funny self which led him to be featured in Rolling Stone. Without his feature in Rolling Stone, his story would have never been bought by executives; thus, Kreischer’s rise to fame would have been stifled at the very beginning. Although it is easy to think famous and rich people just landed where they are, often times it takes hard work and talent to get there. Bert Kreischer worked hard and stayed true to himself and those are two reasons why he is so successful today.

After a long day, we all share something in common – we just want to relax and laugh. Bert Kreischer has been helping us all smile through hard times since his rise to fame in 2004. His hard work, determination, and ability to remain true to himself is what has led him to acquire fame and a net worth of $3 million dollars. Kreischer’s story is one that should be shared with many as it serves as reminder that each and everyone of us is unique and worthy of success. 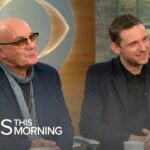 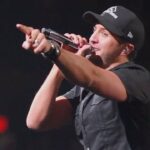