How much is Bernie Taupin worth?

Who Is Bernie Taupin

Bernie Taupin is a lyricist, singer, and poet from Lincolnshire, England, known best for his work as Elton John‘s lyricist. He was born to a stockman and a nanny in a small home with no electricity. Despite being from a poor family, a dropout, and quite the partier as a teenager, he still managed to land a job with Elton John thanks to his natural writing talent. He is now known not only for his work with Elton John, but also a number of collaborations with other artists.

How Did Bernie Taupin Get So Rich?

The majority of Taupin’s wealth has come from his partnership with Elton John. The duo have not released details of their agreement, of course, but the general assumption is that they likely receive a 50/50 split in royalties. Given that John has sold over 300 million records, the majority of which featured contributions by Taupin, it’s reasonable to believe the majority of his wealth comes from those sales. As of 2021, he has accumulated a net worth of $150 million.

Taupin began his life as a small town nobody. Those around him did notice he had a knack for writing, and he even trained in the print room of his local newspaper after he left school. Despite this, he ultimately left that position and spent his time hanging out with friends, partying, and churning through a series of dead-end jobs. At 17, he took a chance on a job advert from Liberty Records looking for singer/songwriters. He didn’t make the cut, but by a stroke of luck, neither did Elton John.

Elton John admitted he couldn’t write lyrics, and received an envelope of lyric submissions the label had received. Those lyrics happened to be the ones submitted by Taupin. The two hit it off and became musical partners, with John composing music to fit the lyrics Taupin provided. In 1969 the two wrote and composed John’s debut album, Empty Sky. It was well-received, but didn’t leave a strong impression.

The second album they worked together brought considerably more recognition to the pair. Elton John, of course, held the majority of the attention. Other musicians commissioned him to help write songs such as Starship’s “We Built This City” and Heart’s “These Dreams”, gradually increasing his status among musical artists.

His role in Elton John’s fame came to light with the 1991 documentary Two Rooms. The documentary showed their unique writing process, in which Taupin writes lyrics and sends them off to John, who then composes the music remotely. This brought much more attention from the general population and gave him his own slice of fame. As a result, he has worked with even more artists and is recognized by more people outside the music industry for his work.

He has also released three solo albums and formed the band Farm Dogs, which received some critical acclaim but little commercial success.

As is often the case, Taupin’s success and fame came down to a mix of luck, skill, and being in the right place at the right time. It’s certainly possible that he may have found his way into writing professionally without the involvement of Elton John. John may have become a musician without the help of his talented lyricist. However, part of their luck was their perfect professional compatibility. Bernie Taupin could write, but not compose. Elton John could compose, but not write. More than that, Taupin was capable of channeling John’s experiences and feelings into his writing, and John could easily compose songs from the lyrics Taupin provided. Each half of the duo complements the other, and each owes a large part of its success to the other.

It would be a mistake to downplay Taupin’s strength as an individual, however. He was such a good complement to Elton John and others because of his own talent.

Bernie Taupin is a classic case of rags to riches. He was propelled by luck and talent from a small English town to the top of the charts alongside his musical partner. Over the years, he has shifted from the invisible hand behind others’ success to a well-recognized talent in his own right. 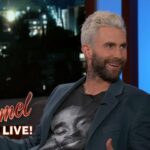 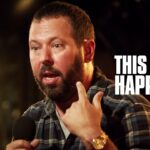