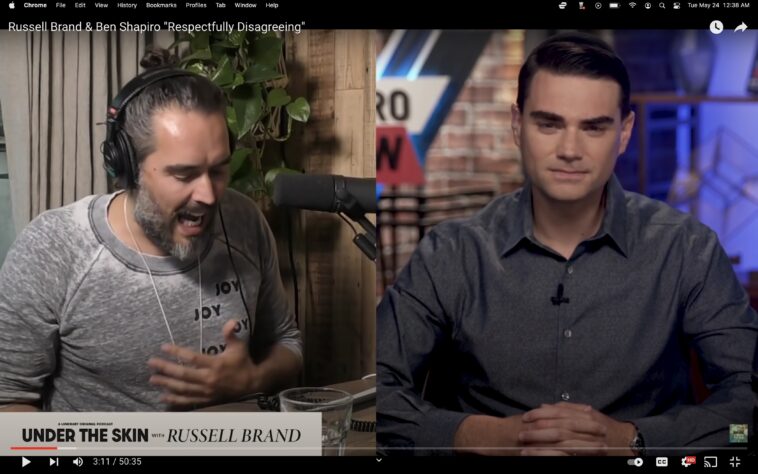 Ben Shapiro seems to me to be on the verge of making statements like “the state are coming for your children if you don’t allow them to transition”. This is where his type of arguments lead. I don’t think that the state should step in but Ben certainly shouldn’t, either. His piqued curiosity is also ringing alarm bells for me. Especially as he talks of a type of totalitarian American society that I assert, does not exist.

In terms of a person being free to be their authentic self, Ben claims:

Ben claims that people striving for their true self, or authentic self, is “not a way to build a society”. Asserting that if one attains their authentic self “everybody else has to change their ideas about the world.” Well, welcome to real life Ben. Actually we need to make those adjustments based on new evidence that comes along and we need to do that everyday. Especially if we are going to talk on it.

I wonder, what expertise does Ben possesses considering he will pass opinions on authentic self? Especially those wishing to attain their authentic self outside of his own family unit. Have at your own family I say Ben, not at others’.

Naturally those who are transgender will begin to transition they will do so naturally there is nothing that they can do to stop it. After some time if they feel that society is blocking them they may choose to block themselves but I consider that a person like this can become anti self. As in, they begin to hate others who have attained their very same authentic self. In fact I see that as the core trouble in society. Individuals not becoming their authentic selves and I feel Ben is positioning himself to stop them. And why is that? Does Ben consider himself his authentic self?

It seems to me that there are people who want to block authenticity and those who want to liberate it. There should be nothing to talk about. It is obvious that some people identify as male and others female. What personal conflict of interest do you carry, Ben, that causes you to voice opinions against people becoming their authentic selves?

Ben describes the government as “the gun,” but I don’t see that. What evidence do you have Ben, to point to a totalitarian government in the United States of America? Laws are periodically challenged, amended and changed. Ben asserts, “every law at the very end of the road is backed by some guy coming to your door with a gun and putting you in jail”. Well you don’t paint a pretty picture of American society, at all. I also don’t know what has made you feel this way to even say that.

I find it very interesting that Ben continues to talk about themes like “finding a common agreement to leave people alone”. I consider this a damaged perspective of what society should be. The government has clearly designed towns and cities for people to be able to come together and join in communion. To me, Ben is fear mongering and describing an overtly oppressive society which does not exist. It is Ben’s views that I find oppressive. He seems to me to be the kind of person who would sooner establish laws to prevent people becoming their authentic selves, rather than help those in need.

I don’t see Ben as any kind of a senator, or someone who would be useful in forming actual solutions for people in society. No, not at all. I don’t think he finds that to be profitable for him. I think he likes to keep the wheels spinning and the solutions ambiguous. Why not, sell more books right?

All the while the oppression of individuals being their authentic selves continues. Whether that’s trans, gay, bisexual, whatever. I consider that Ben is profiting from this with book titles like, “Irreversible Damage: The Transgender Craze Seducing Our Daughters”. With the smarts that Ben possessesses why choose that particular title if your intention is not to incite fear about society. This has been done through time it is nothing new, Ben. It has always been considered profitable, but unethical.

Despite Ben’s notions of this being a particularly challenging issue. It is a simple set of circumstances. I don’t believe that Ben can’t get his head around them. I consider there to be a personal conflict of interest here, as well. Whether that is because Ben possibly faces challenges with gender dysphoria himself, I do not know. My personal opinion is, yes. In my experience, when a person has a “gay problem” they have a gay problem. A “money problem” a money problem. A “trans problem” a trans problem.

Still, regardless of whether that is true for Ben or not. Irregardless of whether he has in the past, or at times in the present, wished to transition himself m2f but has been blocked by his own rhetoric and his own life choices. A person should be able to do what they would like to do, regardless. If one is not harming others and feels that it is transition timing for them then there shouldn’t be people like Ben trying to stop them. For Ben to contend that this group is harming him because he lacks acceptance of them is also not a debate that I consider should be entertained. 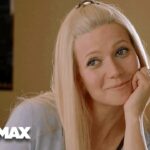