Born George Herman Ruth in Baltimore in the late 1800’s, Ruth was one of eight children born to George, Sr. and Kate Ruth. Just two of those children would survive.  Because his parents both worked long hours, he was sent to a private Catholic boarding school at the age of 7, and it’s there he acquired a love for the national pastime, baseball.

American professional baseball player Babe Ruth had a net worth of $1 million dollars at the time of his death, in 1948. George Herman “Babe” Ruth Jr. player his career in MLB spanned 22 seasons, from 1914 through 1935.

Getting the Nickname “Babe”

Ruth’s first coach, was a Catholic Monk by the name of Brother Matthias.  The monks thought so much of young George that they asked the then owner of the Baltimore Orioles, Jack Dunn, to come take a look. In less than an hour, George was offered a contract to play baseball for the Orioles. When he arrived in camp for the first time, other players took one look at the 19-year-old, and nicknamed him “one of Jack Dunn’s babes.” The nickname stuck, and George became Babe Ruth. He debuted as a Major Leaguer on July 11, 1914.

Babe Ruth in the Majors

Babe performed well enough that he was sold to a bigger club with deeper pockets, the Boston Red Sox. A year later, Babe Ruth became a fixture in the Boston pitching lineup, going 18-8 with a 2.44 ERA in his first full season in the bigs. He followed that up with 23-12 and 24-13 pitching campaigns, but it was also about that time that the Babe became the Sultan of Swat, swinging a huge bat in the Boston lineup.

By 1918, Ruth was a regular fixture in the Boston batting lineup, leading the majors with a modest 11 home runs that year. The next year, that number jumped to 29, and another team came bidding:  The New York Yankees.

As a Yankee, everything changed for the Babe. He began to dominate every facet of the game, most notably with his powerful bat.  In 1920, he hit a staggering 54 home runs, next best in the category that year, 19. Ruth personally out-slugged every Major League Baseball team, save for one that year. With Ruth hitting the cleanup, the Yankees became the most feared team in baseball, and Yankee Stadium was renamed, “The House That Ruth Built.”

Babe Ruth would go on to hit 714 career home runs, a record which remained intact until Hank Aaron broke it in 1974. He remains one of baseball’s all-time home run leaders. Among his other accomplishments, he was:

Ruth died in New York on August 16, 1948, succumbing to cancer. His body lay in repose at St. Patrick’s Cathedral in New York City, where 100,000 people came to pay their last respects.  Despite the 75 years that have passed since he last played, Babe Ruth is still regarded today as arguably the greatest player to have every played. 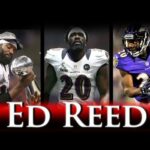 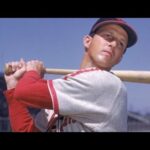