How much is Austin Chumlee worth?

Who Is Austin Chumlee

Austin Russell, commonly referred to by his nickname “Chumlee”, is an American reality television star who has been featured on the show Pawn Stars since its inception in 2009. Pawn Stars is showcased on both the History Channel and A&E, centering around the Las Vegas Gold & Silver pawn shop owned by Rick Harrison and his son Corey Harrison. While almost any item can be sold at the pawn shop, the show itself primarily centers around antique, historical, and collectible items brought in by customers, some genuine and others fake. The employees of the store will routinely bring in outside experts to evaluate the merchandise to confirm that it is genuine, before making an offer to purchase or pawn the merchandise. Rick and Corey Harrison are legendary negotiators, refusing to overpay for any item, and one of the show’s biggest draws is the tense negotiating sessions that precede many purchases. In addition to his role on Pawn Stars, Chumlee is also the owner of a candy shop at Pawn Plaza in Las Vegas, right across the street from the Gold & Silver pawn shop.

How Did Austin Chumlee Get So Rich?

Chumlee has a net worth of $5 million, earned primarily from his role on Pawn Stars where he earned $25,000 per episode at the height of his popularity. He also earns income from his candy shop that he recently opened, located at the same plaza as the pawn shop. Chumlee should continue to rapidly expand his net worth from continued appearances on Pawn Stars as well as through the various syndication deals that Pawn Stars has with different networks and streaming services.

Austin “Chumlee” Russell is famous for being the dimwitted counterpart to Rick and Corey Harrison, who are knowledgeable and savvy businessmen. Chumlee routinely blunders, often purchasing fake antique items or selling merchandise without Rick or Corey’s permission. During one of the show’s more memorable moments, Chumlee mistakenly purchased a Gibson guitar for $1500 which ended up being a fake worth only around $100. On another occasion, he purchased a painting that ended up being a copy, prompting Rick Harrison to have to provide a crash course training session on identifying original paintings. He sometimes draws Rick’s son Corey into his unsuccessful endeavors, much to the chagrin of Rick. Despite his many shortcomings, Chumlee is very knowledgeable in certain areas, particularly vintage sneakers, where he is adept at identifying genuine original Jordan sneakers apart from replicas. He also gradually becomes a more knowledgeable and effective employee as the series progresses, though never can fully eradicate his propensity for incompetent business decisions. One of the best deals he ever made occurred during the 14th season of Pawn Stars when he bought 3 different samurai swords for a little over $3800 which turned out to be worth $13,000. He also pulled off another great deal during the 8th season of Pawn Stars when he bought a Bowden Spacelander Bike for $8700 which routinely sells for $20,000.

Chumlee’s success arose primarily from his dimwitted personality that contrasted perfectly with the intense environment that surrounded the pawn shop, as well as his numerous merchandise purchasing blunders. Although not originally intended to be the main draw of the show, his popularity skyrocketed through his many mishaps which enabled him to effectively function as the show’s comic relief. He has also enhanced his popularity with several appearances on the Tonight Show with Jay Leno, American Restoration, and Live with Kelly and Ryan.

Austin “Chumlee” Russell is an American reality television star who has been a major contributor to Pawn Stars since 2009, functioning as the affable, easy-going, and dimwitted sidekick to business owners Rick and Corey Harrison. Chumlee’s popularity grew as a result of his legendary blunders, which usually resulted in overpaying for fake merchandise. However, as the series progressed, Chumlee devep0loped into a more reliable employee, making many good deals for the Gold & Silver pawn shop and enhancing his own business prowess. He has also been able to successfully monetize his personality on Pawn Stars, amassing a net worth of $5 million and expanding his business interests by opening up a candy store in Las Vegas. 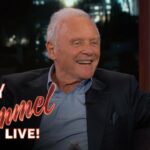 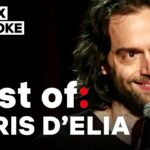