How much is Audrina Patridge worth?

She was a Hills hottie before she danced her way into our hearts on Dancing with the Stars.

Audrina Cathleen Patridge is an American TV personality who has a net worth of $75 million dollars, as of 2021.

Apparently all it takes to land a lead role on a hit reality show is laying poolside at your apartment complex. Well, at least that’s how it happened for The Hills queen bee, Audrina Patridge. The brunette bombshell was relaxing at her pool when The Hills producers were scouting out places for the now infamous BFFs Lauren Conrad and Heidi Montag to live. Audrina immediately clicked with producers and her future castmates and the rest, as they say, is history.

In 2006, the show, which followed Conrad from Laguna Beach to Hollywood, was an instant sensation, launching Audrina and her castmates into the spotlight. But the spotlight came with a price. Ratings went up as drama escalated so Audrina found herself in the middle of, and a contender in, a number of verbal smack downs. And, it was one of these catfights between fellow castmates and former BFFs that landed Audrina in a starring position.

Before it was Team Heidi v. Team Lauren, the two lived together and garnered the most airtime for livin’ it up in L.A. But, when the two split due to tension with Heidi’s now husband, Spencer Pratt, Heidi was out and Audrina was in. But it wasn’t smooth sailing for too long before Audrina met Hollywood bad boy, Justin Bobby. And even through infidelity and leaving her high and dry in Vegas, Audrina kept Justin around—he was the eye-candy we all loved to hate.

And like most young stars, “reality” drama began to spill over into actual reality. In the spring of 2008, Audrina was caught with her pants down, literally. The reality star, who was pretty much a good girl outside of the bad boys she dated, was the subject of nude photos that began to appear online. But, they must not have damaged her career too badly (shocker!), because she went on to land supporting roles in Into the Blue 2 and Sorority Row. And, how could we forget her Carl’s Jr. commercial—clad in a bikini and chowing down on a burger.

Turns out, the girl can do more than just shoot her infamous silent and quizzical glances at her Hills co-stars—she can dance too. In the fall of 2010, Audrina appeared on the 11th season of Dancing with the Stars and made it past five rounds of eliminations before she was sent packing. But what’s next, you ask, for the starlet who got started by simply catching some rays? She’s moving to VH1 for a starring role on a new reality show that will follow Audrina and her family as they try to navigate the woes of Hollywood life; filming is set to begin in early 2011.

Defining Quote “I have always been into music. That’s my number one passion. I’ve been offered by producers to go and mess around in the studio and I’ll go in there and do it for fun.” 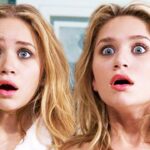 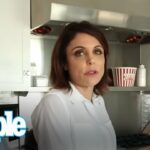