How much is Ashley Judd worth?

Ashley Judd is an American actress and is the daughter of the late country singer, Naomi Judd. She is also sister to singer, Wynonna Judd. When she was young, Ashley once worked cleaning her mother and sister’s tour bus for a tip of $10 per day. While she is not musical like her mother or her sister, Ashley has released songs including “True Love”. The Judd family are incredibly well-known and historically interesting, on her mother’s side, Ashley is a descendant of Edward Seymour whose sister Jane was married to Henry VIII.

When she was growing up, Ashley was moved around often by her family. So often in fact that she attended 12 schools in a 13 year period, before eventually going to collage. She majored in French at the University of Kentucky where she was a sister of the sorority Kappa Kappa Gamma and was elected to Phi Beta Kappa. She also minored in cultural anthropology, art history, theater and women’s studies. However, Ashley left the university in 1990 a few credits shy of graduating. She traded it all in for a chance in Hollywood and pursuing her dreams of becoming a star. She drove from Memphis, Tennessee to Los Angeles, California at age 22.

When she first arrived in Los Angeles, Ashley worked waiting tables at the trendy ‘Ivy’ restaurant at night while attending the acting school, Playhouse West in Los Angeles in the day. There she studied the Sanford Meisner technique of acting, which is a method of acting where the actor rather than focus on themself, instead concentrates on the other actors at all times in their immediate environment.

American actress Ashley Judd has an estimated net worth of $25 million dollars, as of 2023. Daughter of singer Naomi Judd and sister to singer Wynonna Judd, Ashley made a name for herself in Hollywood and as an activist.

While it was a struggle at first, Ashley Judd has always had natural beauty which has helped her throughout her career. Looks aren’t everything, but they certainly help one get noticed in Hollywood. Ashely was named one of People magazine’s “50 Most Beautful People in the World” in 1996, 2000 and 2002. After appearing in two episodes of Star Trek: The Next Generation Ashley was cast in the movie, Kuffs. She was originally cast in a larger role however she turned it down because she was asked to do a nude scene and accepted the role of “Wife of Paint Store Owner,” instead . She has said on the event that “my mother worked too hard for me to take my clothes off in my first movie.” Still, despite what appear to have been her best efforts, her mother, Naomi Judd, publicly objected to some of Ashley’s films because they contained either profanity, nudity, sex or violence.

Ashley has had a mind for show business since she was very young, she reportedly turned down the role in Home Improvement which later went to Pamela Anderson because she wanted to concentrate on making it as a film actor and not be typecast in TV shows. Her efforts paid off, she scored roles in classic movies like Heat and A Time to Kill. While her roles were small at first, that was all about to change.

For the 1999 film Double Jeopardy, Ashley replaced Jodie Foster for the lead role. Co-starring Tommy Lee Jones the show was a hit, grossing $177.8 million globally from a $70 million dollar budget. It was this starring role that earned her $1-3 million dollars but also helped her earn far more from future roles to come. She also earned a reported $1 million dollars for her role as Joanna Eris in Eye of the Beholder, co-starring Ewan McGregor. Notably, she earned a reported $4 million dollars for her role as Jane Goodale in Someone like You. Some sources suggest that she commanded upwards of $10 million a picture in the early 2000s.

Since then, Ashley has become almost instantly recognizable by audiences. She has co-starred Morgan Freeman in Kiss the Girls (1997), High Crimes (2002), Dolphin Tale (2011) and Olympus Has Fallen (2013).

In politics, Ashley considered a run for the U.S. Senate for Kentucky however backed out in 2013. She is a proud feminist and supports many current issues. She is a notable activist for important causes, most notably working in awareness campaigns and educating people on HIV. In 2015, she became one of first to speak out against Harvey Weinstein and is considered a key person in the founding of the #MeToo movement.

Ashley Judd’s film acting career took off after turning down TV series roles and later being cast in a starring role in Double Jeopardy. She did appear for 32 episodes in TV drama, Sisters between 1991 and 1994 but then exclusively appeared in films until 2013 when she appeared in all 10 episodes of Missing. Judd has also appeared as herself and earned small sums, and more besides from her work in advertising, including becoming the face of cosmetic brand, American Beauty. In total, Ashley Judd has earned estimated total career income of $34 million dollars.

Of that amount, $2-3 million is expected to have been paid in business related costs. The remainder, $31.5 million, will have been taxed at a rate of around 48% as Ashley Judd has been residing between the states of California, Kentucky and Tennessee. That is, as Tennessee has only been a no income tax state since 2021 and Judd has earned through some lower state tax years in California but has primarily been based in Kentucky and Tennessee. After tax, it is estimated that her career earnings are at around $16.38 million dollars, having paid $15.12 million dollars in taxes.

In 1999, it was announced that Ashley had become engaged to British former motorsports racing driver, Dario Franchitti. Ashley married Dario in 2001 at Skibo Castle near Dornoch, in Sutherland, Scotland; the same castle that was the wedding place for Madonna and Guy Ritchie. Judd wore an open-back satin empire waist gown by Armani with a full-length beaded lace coat, according to Forbes. Their website estimated the ceremony costs at around $750,000.

Unfortunately, the couple split and divorced twelve years later, in 2013. They had no children together and in fact, Judd is an antinatalist. Which means that it is against her values to have children stating that “it is unconscionable to breed with the number of children who are starving to death in impoverished countries.” Dario Franchitti had a net worth estimated to be around $35 million in 2013, the two told People magazine that “we have mutually decided to end our marriage,” and it seems likely that Ashley will have received no less than $6 million dollars as part of a divorce settlement. However, as this information has not been made public, this is purely speculation.

Ashley Judd has championed many causes, she is a worldwide spokesperson and global ambassador for Youth AIDS International. She has invested much of her efforts into increasing H.I.V./AIDS awareness, including spending time in India on an AIDS awareness campaign, in March 2007. She has given a lot of herself, even shattering her leg while visiting Africa in an awareness campaign for animal protection, in February 2021. At the time, she had been studying the endangered bonobos apes but while walking with a powerful stride over difficult terrain, she tripped and broke her leg.

Not only has Judd been a spokesperson and activist, she is also one of 4,000 students to return to her studies and graudate from the University of Kentucky, which she did in 2007. She has since enrolled in Harvard University’s John F. Kennedy School of Government and earned a one-year Mid-Career Master’s degree in Public Administration, in 2009. As well as a Mid-Career Master’s degree in Public Administration (MC/MPA) from Harvard University in 2010. On the topic of attending Harvard, Judd has said that she wanted to attend to be around “people who have literally dedicated all they have to public service.”

In her personal life, Ashley Judd has likely spent $4-6 million dollars of her career earnings, including her donations, but also probably possesses assets valued at around $1-2 million, not including investment assets. Some of her career income will have been converted into investment assets, her returns from which are being calculated to be in the region of $7-8 million dollars. Therefore, it is estimated that Ashley Judd has a net worth of a rounded down $25 million dollars.

Ashley Judd was not named in Naomi Judd’s will.

Ashley Judd started out cleaning her musically gifted mother and sister’s tour bus for $10 per day. She then tried to make it in university but did not graduate and instead risked it all in her efforts to make it in Hollywood. She did not sacrifice her integrity and appear nude in roles, she turned down television series and instead waited and prepared for when opportunity would meet preparation. Then, for the 1999 film Double Jeopardy, Ashley replaced Jodie Foster in a lead role. The success of the movie was an even bigger success for Ashley, as she began to be cast in multimillion dollar roles such as Jane Goodale in Someone like You for which she was paid a reported $4 million dollars.

After earning a fortune in Hollywood she returned to school and graduated, later adding additional degrees and qualifications to her name. She championed many causes and even today, she has given so much of herself that she has recently been injured while on an awareness campaign in Africa. While her famous mother may not have approved of some of the profanity and nudity in some of her films. Many more, approve of Ashley Judd in general. 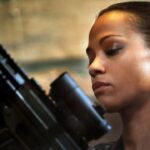 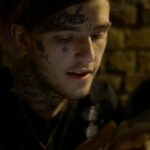