How much is Arsenio Hall worth?

Who Is Arsenio Hall

In the early 1990s, well before cable, satellite and high-definition changed the way we watch television, late night talk shows fell into one of two categories: The Tonight Show with Johnny Carson or Late Night with David Letterman. In other words, there wasn’t much selection back then. No Jimmy Kimmel. No Craig Ferguson. No Chelsea Handler.

That is, until Arsenio Hall came along and changed for good the way we all watch talk shows.

Hall was born on Feb. 12, 1956, in Cleveland, Ohio. His father was a Baptist minister and his mother, a homemaker. He grew up in the sleepy suburb of Warrensville Heights, graduated from Warrensville Heights High School and eventually landed at Kent State University, in Kent, Ohio.

A performer since childhood, Hall made his way west after college graduation to pursue a career in entertainment. Once in Los Angeles, Hall turned to his natural comedic talent and kick-started a stand-up career. Success led to appearances on Soul Train and, eventually, as the announcer on the short-lived talk show, Thicke of the Night, with sit-com actor turned talk show host Alan Thicke. It was his first taste of the format.

But by the time the show ended, Hall’s star was rising, especially since making friends with comedy legend Eddie Murphy. In the late 80s and early 90s, Hall would co-star with Murphy in two popular comedy films, Coming to America and Harlem Nights.

In 1986, the fledgling Fox Network decided to challenge The Tonight Show with a new talk show, The Late Show with Joan Rivers. A hit at first, the show faded quickly, and Rivers was fired from the program. Fox dropped Rivers’ name from the title and introduced a number of guest hosts, including Hall.

Hall was by far the most popular and earned a permanent gig as host in 1987. Unfortunately, that wouldn’t last. The Late Show was cancelled in 1987.

But Hall wasn’t content to sit idly by. He’d gotten a taste of the talk show world and had something to contribute to the genre. So in 1989, he returned as host of The Arsenio Hall Show.

In 1989, fans of late night talk shows didn’t have much too choose from. Either you loved Johnny Carson and The Tonight Show (and, really, who didn’t?) or you didn’t watch late night television. Johnny was the only game in town; his only competition the late night news program Nightline.

Then the Fox Network decided to step into the ring. Luring away one of Carson’s most popular guest hosts, comedian Joan Rivers, Fox launched The Late Show with Joan Rivers in 1986. Rivers new show created a rift between Rivers and Carson. Carson reportedly cared less about Rivers hosting her own show and competing against him than he did about Rivers not telling him about it before he heard it in the news.

Though it received good ratings at the start, it soon floundered. And in-fighting between Rivers, her husband and Fox, led to Rivers’ dismissal midway through the first season. Fox dropped Rivers’ name from the title and slotted in guest hosts to round out the season.

One of those guest hosts was the young comedian, Arsenio Hall. Hall was an overnight success – but he was signed only for 13 weeks. When Fox stalled and didn’t immediately resign Hall, Hall

signed a deal with Paramount Studios and started developing a whole new show. One that would show off his personal style.

Hall debuted his new talk show in 1989 and it was an almost instant hit. Younger audiences who couldn’t identify with Carson’s aging style tuned in to see what this young guy from the suburbs of Cleveland was doing differently.

What they discovered was a show that reimagined old staples – a monologue that felt more like a comedy club performance, a house band that was less big band swing and more smooth jazz, and far more interaction with the studio audience.

Hall’s most popular catchphrase was a sustained bark — woof, woof, woof! – while pumping his fist in the air. The move became a pop culture phenomenon, appearing on sit-coms and in feature films. The move, along with Hall’s “dogpound” section of the studio audience, were borrowed from fans of the NFL’s Cleveland Browns.

The show hit its peak in 1992 when presidential nominee Bill Clinton made a guest appearance and played Heartbreak Hotel on the saxophone with the band. It solidified both the importance of the talk show circuit during a political campaign and made headlines for Hall all around the world.

Other guests knew Arsenio was the place to be seen if they wanted to reach Generation X or the “MTV Generation.” MC Hammer as a frequent guest, as was personal friend Eddie Murphy and Jim Henson, in one of his final public appearances before his death in 1990.

The End of The Arsenio Hall Show

As cable television expanded – and MTV showed less music videos and more originally programming – Hall’s audience began trickling away. By 1993, Hall’s ratings had declined enough to cause concern at Paramount.

Most of this ratings decline was caused by David Letterman’s departure from NBC and move to CBS. Because of the late night shift, many CBS stations, which were syndicating The Arsenio Hall Show, dropped Hall’s show to make way for Letterman’s new program.

Hall fought through all the moves and Paramount did its best to support him. But after booking the controversial Louis Farrakhan and giving him the full hour to speak, Paramount was done. The booking caused controversy and lowered rating further. Arsenio was cancelled.

Everything old is new again. And that includes the return of Arsenio Hall.

Hall, as any true talk show fan will recall, revolutionized the late night talk show genre in the late-1980s. Way back then – well before cable saturated the television world and the Internet was truly an entertainment destination for video and television content – if you were a talk show fan, you fell into one of two camps. You loved Johnny Carson or you loved David Letterman. Or both.

You didn’t really have any other alternative. And while Letterman attracted a younger and more eclectic crowd, Carson kept to his tried and true ways.

Hall debuted his ground-breaking late night talk show in 1989 and it was an almost instant hit. Younger audiences who couldn’t identify with Carson’s aging style tuned in to see what this young guy from the suburbs of Cleveland was doing differently.

was a show that reimagined old staples – a monologue that felt more like a comedy club performance, a house band that was less big band swing and more smooth jazz, and far more interaction with the studio audience.

The show remained on the air for four seasons before dwindling ratings and a shifting late night climate (Letterman’s move to CBS and Leno’s take over of Tonight) persuaded Hall to bow out.

Back in the dog pound

That changed in the early 2010s. Hall’s youngest was 13 years old and Hall was getting the itch to get back into television.

He began with a number of guest spots on various programs, then came back strong as a contestant on NBC’s Celebrity Apprentice. He won the competition in 2012 – and found that he was ready to come back to late night.

“I was on the George Lopez show and he let me introduce Snoop Dogg,” Hall said on The View, referring to his desire to get back into late night. “And … something happened. “I got this love thing (from the audience) – and from there I started on this road to get my show back.”

Fans of Hall can expect much of the same wit and wisdom that Hall provided viewers during the 1990s version of The Arsenio Hall Show. That includes a cutting edge house band, The Posse, led by band leader Robin DiMaggio. DiMaggio, a percussionist and pianist, has played with the likes of Paul Simon, Jackson Browne, Diana Ross, Dr. Dre and Johnny Cash.

A fan of social media and a proponent of digital entertainment, Hall hopes to mix the new with the old. Hall says he realizes that he’s not the spry young man he was in 1989, but likens the style of talk show he’ll give audiences is more akin to Jimmy Fallon and Jimmy Kimmel.

And during a press junket, he promised not to bring back the big shoulder pads “unless that’s what the audience wants,” he says, jokingly.

His goal, Hall says, is to provide a talk show for the audience that doesn’t have a talk show – yet. In this new world where a dozen or more late night hosts are providing comedy and entertainment, and finding an audience, Hall says he knows there’s an audience out there looking for his show.

Chances are, Hall will find it. As his show debuts in cities across the U.S., we’ll see what kind of audience is ready for a revitalized Arsenio. And who remembers how to “woof-woof-woof!” from the dog pound.

From the beginning, his show was different than The Tonight Show, soon to be hosted by Jay Leno, and Letterman. Sure, there was a monologue and a house band. But Hall shook up the set by forgoing a desk and adopting an open couch and side chair – informal and more at home, like his viewers tuning in. His monologue was more interactive and his manner smoother and more relaxed. The audience responded and the show was a hit.

The show hit its peak in 1992 when presidential nominee Bill Clinton made a guest appearance and played Heartbreak Hotel on the saxophone with the band. It solidified both the importance of the talk show circuit during a political campaign and made headlines for Hall all around the world.

Ratings began to decline, however, and Hall found himself at odds with the show’s distributor, Paramount. After giving a full hour to controversial figure Louis Farrakhan, the show was cancelled.

Hall returned to comedy and eventually television in the one season sit-com, Arsenio, and a two season run on Martial Law as sidekick to martial artist Sammo Hung. He also hosted the re-imagined Star Search and kicked around as host of the America’s Funniest Videos knock-off, The World’s Funniest Moments. 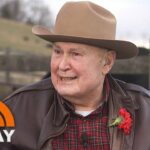 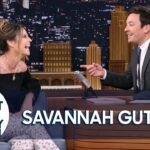