How much was Aretha Franklin worth?

Who Is Aretha Franklin

Aretha Franklin was born in Memphis, Tennessee and is the daughter of Barbara and CL Franklin. When she was 4, her parents moved her, her brother and their two sisters to Detroit, Michigan, which is where Aretha was raised. Her father was a Baptist minister and Aretha grew up in the church, which where she learned to sing and play the piano. By the time she was 12, she was already a church soloist, and when she was 14, her debut Gospel album, Songs of Faith, was recorded in her father’s church and independently released in 1956. After she turned 18, Aretha signed with the Columbia Records label.

American singer, songwriter, actress, pianist, and civil rights activist Aretha Franklin had a net worth of $85 million dollars at the time of her death, in 2018. Known as “The Queen of Soul”.

Between 1961 and 1967, Columbia Records released 11 Aretha albums, including two compilations. She had a number of minor pop and Gospel hits during this period, but it wasn’t until she bolted Columbia for Atlantic Records that her career really took off. The 12 years she spent on Atlantic were the most successful ones of her career. From 1967 to 1979, Aretha generated a number of hit R&B; and Soul songs, including “Respect” and “Chain of Fools” in 1967; “Think” (1968); “Rock Steady (1971); and “Something He Can Feel” in 1976. She also won 10 Grammys during this time span.

As success tapered off in the late 1970s, Aretha leaving Atlantic Records and signed with Arista Records. Her sound then began to evolve from ’70s Soul to ’80s synth, exemplified by glossy pop songs like 1982’s “Jump to It” and 1985’s “Freeway of Love” and “Sisters are Doin’ It for Themselves,” with singer Annie Lennox. She also had some minor hits in the 1990s, most notably 1998’s “A Rose is Still a Rose,” a hip-hop track written and produced by Lauryn Hill. After staying with Arista for 23 years, Aretha and the label parted ways in 2003. She is still active today, however, and released her 38th studio album in 2011.

Aretha has been married twice. The first marriage was to her personal manager, Ted White, from 1961 to 1969. She was then married to actor Glynn Turman from April 1978 to February 1984.
She also has four children: the first was Clarence Franklin, whom Aretha gave birth to when she was 14 and named after her father, the Rev. CL Franklin. Next came Edward Franklin, whom she also gave birth to while in her teens. In 1964, Ted White Jr., her son with her first husband, was born. Her youngest son, who was born in 1970, is Kecalf Cunningham. He is Aretha’s son with her former road manager, Ken Cunningham.

Believe it not, throughout her 50-plus year career The Queen of Soul, Aretha Franklin, had never recorded a full Christmas album until This Christmas, Aretha, which was released to Borders Books stores in the U.S. on Oct. 14, 2008. So after all this time, the question is: was the album worth the half-century wait? The answer: Yes and no. There’s no doubt that hearing Miss Aretha belt out timeless Christmas classics plus a few lesser-known holiday tunes is a beautiful thing, but her tame performance on some tracks makes you wonder what it would have been like if she had recorded this album when she was in her prime.

If you’re expecting this album to contain new, Aretha-ized versions of the classics, you’ll be disappointed. Not only are the 11 tracks here faithful to the original versions, they’re maybe a little too faithful to the original material and not quite daring enough. Aretha’s voice is powerful on some songs (“This Christmas” and “Silent Night” to name two), yet amazingly tame and sedate on others (“Angels We Have Heard on High,” “Christmas Ain’t Christmas (Without the One You Love)”), but the instrumentation is fairly bland and most definitely lacking in the soul department. Take away the vocals and most of these songs would be perfect as music for a Gap commercial or the closing credits of a heartwarming film.

But despite the occasional blandness, Aretha herself lifts the album as a whole. The most beautiful thing here is spirituality and family theme that the album’s infused with. In addition to Miss Aretha, her sons Eddie and Teddy contribute vocals and guitar to “This Christmas” and Aretha even plays piano on a couple of songs, “Silent Night” and “14 Angels.” It’s pretty clear from listening to the album that spirituality plays a big part in Aretha’s life and her voice soars the highest on tracks like “Hark! The Herald Angels Sing.” Aretha plays it safe throughout the various tracks and has made a very tame and traditional holiday album that will appeal widely to music lovers everywhere. But again, one can’t help but wonder what this album would have sounded like had she recorded it back when she was at her vocal peak, more than 40 years ago. 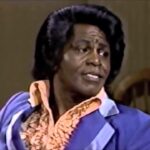 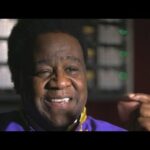