Anxiety is a real bitch. It plays tricks on your mind, makes you feel uncomfortable and just generally sucks. If you’re someone who struggles with anxious thoughts, you definitely aren’t alone.

40 million Americans over the age of 18 are affected by anxiety, which is roughly 18 percent of the nation’s population, according to the Anxiety and Depression Association of America. Even though it can be difficult to live with that little voice constantly telling you that you’re wrong and that the world is basically ending, people with anxiety are actually strong as hell because they have to work twice as hard to make it through the day. And we don’t let it stop us from living our best lives.

1. When you remind yourself you have a chemical imbalance

Sometimes it’s easy to beat yourself up about overthinking and anxious thoughts, but every once in a while you remember that it isn’t even your fault! Your brain has an actual chemical imbalance that is causing you to think this way. The imbalance in serotonin levels is influencing your anxiety, not you!
So, sometimes you have to pull out your binoculars like Leonardo DiCaprio and look for where all that serotonin went… maybe you left it in the ocean?

2. When you avoid your problems

As someone who struggles with anxiety, I love avoiding my problems. Actually, I love avoiding everything. If I don’t think about it, it isn’t real, right? My favorite way to do this is to curl up on the couch and watch hours of Netflix until my brain is numb and I don’t remember what it was I was even avoiding. I highly recommend. If it doesn’t go away, I’m willing to take that gamble on it ruining my life.
The odds are decent. I’d totally play the lottery on those odds.

3. When someone tells you to “relax”

Everyone’s favorite thing to tell someone who has anxiety is to “relax” as if it’s that easy. If I could simply relax, DON’T YOU THINK I WOULD HAVE TRIED THAT ALREADY!? People seriously don’t understand how anxiety works and this is one of the worst things to say to someone who is panicking. At lease @mytherapistsays gets it!

I have spent my life wanting to be a “chill girl” who could just not worry about things, but that just simply isn’t my reality. So, fake it until you make it I guess? Rather than letting everyone know I’m actually an anxious mess, I pretend I am unbothered and cool with everything. The inside of my head is way different than the deceptive ~cool girl~ mask I wear each day.

5. When your mind plays tricks on you

You mind is your worst enemy if you have anxiety. You can be totally cool with everything and then your anxiety creeps in and reminds of of everything that could possibly go wrong. This mouth-breathing mental illness is why we can’t have nice things!

6. When coffee sends you over the edge

As a coffee addict, I have to remind myself to cool it because if I drink too much, it can send me spiraling. Since caffeine can exacerbate anxiety and panic disorders, it usually isn’t good to drink too much. But sometimes you do and then you look like this dog and FREAK THA FUQ OUT.

What is stress relief? Is relief even a real thing? Can one go a day without being stressed? These are the questions I have and just asking them is making me even more stressed out. This meme basically sums up how it feels to try to be relieved of stress when you’re anxious. Also, if stress relief actually could come in a bottle, that’d be nice.

8. When you overthink everything

Overthinking is one of the worst parts of having anxiety. Even when you tell yourself you have nothing to worry about it, your evil friend comes in to let you know you have EVERYTHING to worry about. Thinking too much can make you think that things are happening that really aren’t. It’s the worst and this meme says it all.

9. When you try to explain your problems

Someone asking “what’s wrong” never has an easy answer. Between your anxiety and all of the other issues that come with being a living, breathing human being — you’re never quite sure what to say. If you’re like me, you end up word-vomiting anything and everything that has ever been wrong with you and make things super uncomfortable. But, if they didn’t really want to know, then they shouldn’t have asked.

10. When you’re too anxious to sleep

If you’re already one of the 40 million Americans suffering from chronic, long-term sleep disorders, having an anxiety disorder exacerbates the problem, according to the Anxiety and Depression Association of America.
This usually happens when you suddenly remember that one embarrassing moment that happened six years ago and can’t stop thinking about it. Naturally, you end up lying awake for four nights straight and are still, somehow, expected to go to work and tend to all your other responsibilities. It’s hard out there for an anxious person.

When someone says ‘don’t be anxious’ and your anxiety is cured pic.twitter.com/vWNO1Flq4N

Saying “don’t be anxious” doesn’t make your anxiety suddenly disappear. I’m talking to you, everyone who thinks anxiety is just “overreacting.” *Sigh* If we could choose to just not be anxious, we would. I promise people with anxiety don’t enjoy it.

12. When you can’t figure out what to worry about

When ur anxiety goes away and having no anxiety gives you anxiety pic.twitter.com/f2vAUSCAln

Feeling relaxed is a rare feeling for someone who has anxiety. So, when we do feel fine, we start to question WHY. What could I possibly be forgetting because there is no way that I could just be relaxed right now? I must have forgotten my best friend’s birthday or to turn in my work project or to pay my power bill. Then, you become anxious from your lack of anxiety and the cycle repeats itself.

13. When you literally can’t chill

Similarly, you just can’t chill. What is chill? Who is she? I don’t know her. It sneaks up on you when you least expect it. Everything can be going seemingly well and then anxiety creeps in just to remind you that it’s a present force.

14. When you need an excuse to get out of social situations

Social situations can be difficult for people who have anxiety. Sometimes it’s hard to say no to plans that you really don’t want to go to. Even as an adult, your parents can always have the final word… even when you never asked them. “Sorry, mom said I have to stay in tonight” is the perfect excuse to get out of a plan. No one can argue with the strict parent card.

15. When life has been a little tough

When you’re out having a good time, but then someone brings you back to Earth to remind you that you’ve been having a little bit of a rough time lately. Just go away, anxiety! Stop ruining my good time!

16. When at least you know you’re not alone

Quite honestly @emotionalclub can be a little too relatable for us folk living with crippling anxiety. But it’s kind of cool to know that we’re not suffering on the solo! I’m emo! You’re emo! We’re all so f*cking emo!!!

You know that moment when you finally decide to spill your guts to you friends and they still just … don’t get it. I mean, yes I probably will be fine, but that’s not really the point. I probably won’t die actually but I feel like I will! We have all been there and Kim Kardashian‘s face makes me say, “ME.”

18. When you have conflicting emotions

Again, if you have anxiety, your feelings are often conflicting. You care, but you don’t. You think you’re terrible, but you also think you’re the most amazing person on Earth. You hate going out, but complain about having no friends. It’s a constant battle between what you really feel and what you anxiety tells you to feel. It’s sometimes hard to figure out which one is correct.

19. When Anxiety-Management Isn’t Your Strong Suit

OKAY — why is this SOOOOO real?! When it comes to dealing with your struggles, you basically have two options.
Option one: see a therapist and actually try to deal with your problems in a healthy and productive way.
Option two: try to avoid your problems and self-medicate while allowing your life to slowly implode. Unfortunately, option #2 is just a little too tempting at times. (Seriously, go make an appointment with a therapist.)

20. When you get into a relationship

If you do manage to quiet the little voice in your head enough to let someone love you, you still may find yourself asking, “do they really like me, though?” It may never stop, but you have to trust that when people say they care, then they do. It’s not easy, but it’s possible! You can’t let anxiety rule you life. But, it does help to laugh at it! 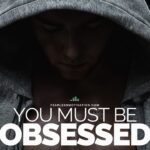 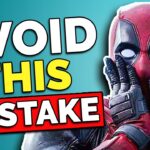