Some MMA fighters are willing to go to places that others are simply not in order to win, and one of these people is Antonio Rodrigo Nogueira. Maybe his legendary toughness was born on the day he was run over by a truck at age 11, after which he fell into a coma for four days, lost a rib, part of his liver, and still somehow survived; or perhaps it was instilled in him even earlier via the competition that sometimes arises from having a twin (Antonio Rogerio Nogueira).

Regardless, Nogueira’s attitude has compelled him to comeback victories over numerous high profile fighters, making him a legend in MMA circles.

Nogueira began training in judo at the age of five and started training in Brazilian Jiu Jitsu at the age of 14 under Ricardo de la Riva Goded. At the age of 23, he achieved black belt status in both arts. As a youngster, Nogueira also trained in boxing and later took up working with the Cuban National Boxing Team.

Nogueira made his MMA debut on June 12, 1999 with a submission victory over David Dodd at WEF 6.

After winning the King of Kings 40 man tournament in 2000, Nogueira won his PRIDE debut against Gary Goodridge via submission. Two fights later, he defeated Heath Herring for the PRIDE heavyweight belt and won five straight after that. That’s when he first met up with Fedor Emelianenko, losing his belt via decision by way of ground and pound. After another winning streak and a rematch between he and Fedor that ended in a no contest to an accidental headbutt that opened a cut on Emelianenko’s head, Nogueira was once again dominated via ground and pound by his Russian adversary.

Nogueira won five of his next six fights in PRIDE before the organization folded and he signed with the UFC. In his first fight there, he took on Heath Herring, a man he had defeated twice previously. Though Nogueira won the fight on the cards, a first round Herring high kick nearly knocked him out. In his next fight, he defeated Tim Sylvia by way of guillotine choke, making him the first fighter to hold PRIDE and UFC championship belts (the fight was for the UFC interim heavyweight title).

Nogueira served as a coach opposite Frank Mir on The Ultimate Fighter 8, a reality television show. Both TUF contracts were won by fighters on his team (Ryan Bader, Efrain Escudero). However, Nogueira lost to Mir at UFC 92 via TKO. It was the first time he had lost by stoppage during his career. Later, he admitted to having a Staph infection that required a hospital stay and having reinjured a knee that he had surgery on in February of 2009 before the fight.

Nogueira has a twin named Antonio Rogerio Nogueira, who is also a pro MMA fighter, and one daughter.

Nogueira is one of the best Brazilian Jiu Jitsu fighters to ever test his skills in MMA. He’s absolutely dangerous every time he hits the ground with an opponent. Beyond that, he has solid boxing skills and is known for his jaw and toughness. That said, recently he’s had more difficulty on his feet against opponents than in the past.

Nogueira also has solid wrestling skills. He is not known as a knockout puncher.

This Antonio Rodrigo Nogueira Net Worth profile originated at WealthyGenius.com 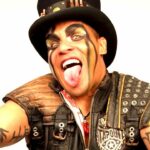