Even die-hard mystery fans will admit that it’s rare for a mystery novel to make you laugh out loud — that is, unless you’re reading one of Sandra Balzo’s Maggy Thorsen coffeehouse novels. Since her first book, Uncommon Grounds, appeared in 2004, Balzo’s been serving up her trademark blend of humor and suspense to an increasing number of readers.

It was my great luck to be sat next to the award-winning writer at the Mystery Writers of America’s (MWA) Edgar Awards banquet this year. Hearing her talk about her life, I knew that the story of her path from successful corporate exec to successful mystery writer would appeal to the many writers seeking to make similar career transitions. And I knew that the story of how she published Uncommon Grounds after six years of failure was important for all writers to hear. Fortunately, Balzo was up for a more formal discussion of her career; this interview is the result.

Us: How did you manage to maintain faith in yourself as a writer during the years Uncommon Grounds was rejected?

Sandra Balzo: I’m not sure I DID still have faith in myself as a writer — at least during part of that time. Happily, though, other people did.

I was doing publicity for published authors and also for organizations like the International Association of Crime Writers and Bouchercon, the World Mystery Convention. In 1999, Bouchercon was held in my hometown of Milwaukee, Wisconsin, and headed by Gary Niehbuhr and Ted Hertel. The conference was a big success and the next morning Ted, Gary, and I had breakfast together, SO depressed because it was all over. We decided to start a writers group — more to give us an excuse to hang out together than anything else.

With the group, I re-wrote my first novel and sent it off again. Meanwhile, I was doing publicity for Jeremiah Healy. He suggested I try writing a short story. That sounded like a good idea. I wrote that story and dropped it in the mail to Ellery Queen Mystery Magazine without giving it a thought. By this time, I was used to rejection, or so I told myself.

The truth is, of course, that rejection still hurts. Rejection never stops hurting. BUT Ellery Queen bought my story. Not only that, but after it was published, the story, “The Grass Is Always Greener,” won the Robert L. Fish Award for Best First Short Story from Mystery Writers of America. It was also nominated for two more awards and won one of them. Then Ellery Queen bought my second story, and that won awards, too.

One day not too long after that, I got an e-mail offering me a book contract for Uncommon Grounds. When the book came out, it got great reviews, and my publisher went back to press three times. An agent I knew from the mystery circle congratulated me and took me on as a client. We’ve been together ever since. The moral of the story, of course, is to never give up and have good friends who encourage you.

AC: How did you come to do the final rewrite of Uncommon Grounds, the one that ended up getting published?

SB: As for that . . . okay, I did more than ONE rewrite over the six years. In fact, I pretty much re-wrote it every time I got a rejection letter. I’m a public relations person by trade, so I’m used to people “editing” my work. The chairman wants changes, you make changes.

So when an agent or editor said they didn’t like something, I changed that something. By the time I joined the writers group, the book wasn’t mine anymore. Gary and Ted encouraged me to trust my instincts, so when I went back and rewrote, I didn’t do it for the agents or the editors or EVEN the hoped-for reader. I wrote for me. I made the book lighter and put in the word-play. Added things I didn’t know if people would enjoy or even notice.

And damned if Ted and Gary weren’t right. The book, as I said, finally sold. I DID do one final rewrite and, yes, this was at the request of my editor, who felt the ending . . . well, sucked: “Throwing a cup of coffee in the face of the villain and running to the police may be REALISTIC, Sandy, but it’s not very exciting.”

“But it was a really HOT cup of coffee,” I whimpered.

And then I rewrote the ending. My editor was absolutely right — it’s a much stronger book for it.

AC: Why did you decide to set the Maggy Thorsen books in a coffeehouse?

SB: To me, a coffeehouse is a microcosm of society — sort of today’s Cheers bar, without the booze. It’s where we go to hang out, to read, to work, to socialize. It’s a place you can go alone and not feel uncomfortable. People get to know each other and spill far more information than they would most any other place. Conversations are not only being carried on at tables, but they’re bouncing from table to table, with everyone getting involved. Add high doses of caffeine to that and it seemed to me the PERFECT place for murder.

AC: Even though you’re now an established writer, do you still meet with a writing group or exchange work with other writers?

SB: I just moved from Milwaukee to Fort Lauderdale, but I still “meet” with my writers group in Milwaukee via the Internet. We send pages to each other via e-mail and make suggestions the same way. Only difference is that we don’t get to hang out together and drink wine!!!

Seriously, though (yeah, like I wasn’t serious), I think once you’re established it might be even more important, since it’s very easy to miss logic problems, typos, etc., when writing on deadline. Besides, writing is isolating, so any time you interact with real live people instead of the ones spinning around in your head it’s a good thing.

AC: How did Mystery Writers of America help you as a writer?

SB: MWA has helped in so many ways. I joined as an associate member when I was doing book publicity and then became an active member when my first story was published in Ellery Queen. The very REASON that story was published was because of MWA and the people I met through them. I didn’t know anything about Ellery Queen Mystery Magazine or anything about writing short stories. I went to conferences, including Dark & Stormy Nights, put on by the Midwest Chapter of MWA. There I attended panels on writing, I met Jerry Healy, who introduced me to Ted and Gary, my writers group. I met DC Brod, who became my first editor. At one conference. Amazing. I can’t say enough good things about MWA. BELIEVE me, I would NOT have agreed to be on the board (which is a real WORKING board!) if I didn’t believe in the organization.

AC: What’s ahead for Maggy Thorsen?

SB: My third coffee mystery, Bean There, Done That, is coming out in September from Severn House. I’m working on the next one, tentatively entitled Brewed, Crude and Tattooed and have a contract for another after that. 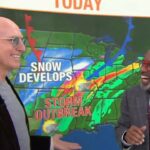