How much was Amy Winehouse worth?

When she was alive you’ve probably seen more of her than anyone would like across the cover of every tabloid. But when she wasn’t being nabbed for public drunkenness, she’s was putting out hit records like Back to Black.

Who Is Amy Winehouse

It’s easy to label Amy Winehouse a troubled artist who became the media’s favorite punching bag. Infamous for her trademark Cleopatra eyes and towering beehive hairdo, this soulful crooner is better known for her erratic behavior, tumultuous relationships and rampant drug use. Despite all her publicized behavior, it’s hard to argue against the fact that Amy’s talent and amazing voice is what made her an icon.

Amy grew up in Southgate, Northern London. At the age of 12, she won a scholarship to the prestigious Sylvia Young Theatre School, but was expelled when she pierced her nose. At 15, the rebellious teen got her first tattoo of Betty Boop.

After switching schools, she dabbled in music journalism at the WENN news network, but it wasn’t enough to hold her interest. Performances at the National Youth Jazz Orchestra on the weekends ignited her flame for songwriting and singing, and it was clear that was where she was destined to go.

Encouraged by her friend Nick Shymansky, Amy began recording demos, which reached an A&R man. At the age of 17, Amy landed a contract with Island Records and released her debut album, Frank, at the age of 21. It was nominated for the Mercury Music Prize and sold 250,000 copies.

English singer and songwriter Amy Winehouse was best known for her deep, expressive lyrics and foray into soul, blues and jazz. Amy Winehouse had a net worth of about $5 million dollars at the time of her death, in 2011.

Blake And Back To Black

As she was slowly becoming more popular, Amy embarked on a fateful relationship that played a major role in both her meteoric rise and epic downfall. She met Blake Fielder-Civil and began a passionate, off-and-on romance complete with tattooed names, wild fights and widely reported drug use. But with his negative influence came one positive when he became one of the main inspirations for her breakthrough album Back to Black.

Her sophomore album quickly overshadowed Frank with the help of talented British producer Mark Ronson. It achieved chart success and certified Amy as an international star. Rolling Stone hailed it as “…an unlikely marvel, a desperately sad and stirring record whose hooks and production are worthy of the soul hall-of-famers she namedrops.” This was when her celebrity status skyrocketed.

Amy’s celebrity came with a price—the constant hounding by the media, who voraciously chronicled her spiral into darker days. Shortly after she and Blake eloped in Miami in the spring of 2007, Amy’s struggles came to a head. In August, Amy was rushed to the University College London Hospital for a drug overdose—right after getting nominated for three MTV Video Music Awards. Later that month, Fielder-Civil and Amy were photographed bloodied, bruised and bandaged after a heated argument at the Sanderson Hotel. Amy promptly sent a message to Perez Hilton explaining that she had “lost it” when Blake found her in their hotel room about to do drugs with a call girl, and the wounds were self-inflicted.

Following a series of slurred and cancelled performances, Amy was arrested in October for marijuana possession in Bergen, Norway. Soon after, Blake was arrested for perverting justice when he attempted to pay off a witness in an assault case against him. In January, footage surfaced of her supposedly doing drugs, which sent her in and out of rehab.

Despite her mounting problems, Amy won five Grammys at the 2008 awards including Best Pop Vocal Album and Song of the Year (‘Rehab’). That year, with Fielder-Civil still incarcerated, Amy became more reclusive, escaping to St. Lucia to focus on writing her third album, although it yet it was never to come to fruition. During her time in St. Lucia, she had an affair with rugby player Joshua Bowman, resulting in Blake filing for divorce, but the couple reconciled again in the spring of 2010.

Even though her talent had been overshadowed by these scandals, Amy still remained a true icon. Her classic trademarks are still easily recognizable, and many artists still reference her music through covers and attributes. Imitation is still the best form of flattery.

Amy Winehouse (Digging Into The Details)

Amy Winehouse was born and raised in London, England, the daughter of Janis and Mitch Winehouse and the brother of Alex Winehouse, who was born four years earlier. Amy’s parents separated when she was nine years old, but she grew up with her father imprinting his love for jazz songs onto her, particularly artists like Frank Sinatra and Tony Bennett, who Mitch Winehouse was a big fan of. His love for music eventually led to his daughter growing up with a love for performing. From the age of 9 on, Amy attended private schools specializing in the teaching of performing arts, where she hones her skills as a vocalist and songwriter.

In the early 2000s, a singer Amy was dating at the time, Tyler James, gave her demo to a record industry contract, which eventually led to her being signed to a management contract, and then a deal with Island Records in 2002. Her debut album, the jazz-pop release Frank, was released in the U.K. in October 2003. (It would eventually be released in the U.S. in November 2007, after she reached international superstardom.) Although Frank wasn’t a large commercial success at the time of it’s release, it did garner some positive reviews and spawned four singles between October 2003 and August 2004. But by the time she toured in support of album in 2004-2005, her focus had shifted from jazz to ’60s-style doo-wop and Soul music.

During the recording of her second album, Amy enlisted the services of famed retro band the Dap-Kings, along with producer Mark Ronson and another producer who had played a large part in the crafting of her debut album, Salaam Remi. The resulting album was Back to Black, a sad, melancholy release about the break-up of a relationship and its after-effects. The album, which was released in the U.K. in October 2006 and in the U.S. in March 2007, became best known for its defiant lead single, “Rehab,” which is about her refusal to follow her management team’s advice to enter an alcohol rehabilitation center. The song made Amy a household name and the album eventually sold millions of copies, spawned numerous other hit singles and won various awards, including five Grammys.

During her lifetime, Amy was plagued by drug and alcohol abuse problems. Her first hit song, “Rehab,” was about her refusal to seek treatment for her issues, and she also openly sang about her love for marijuana on the song “Addicted.” Drugs are also mentioned on more of her songs, including “Back to Black” where sings “you love blow (cocaine) and I love bud (marijuana),” presumably to her then-boyfriend, Blake Fielder-Civil, whom she married in May 2007 and had a rocky marriage with, fueled by increasing drug usage. They officially divorced in August 2009, but separated well before then.

December 2009: Amy was arrested on assault charges stemming from an incident where she struggled with a theater manager after she began to heckle a live performance. She was convicted of simple assault and had to pay a small fine and consent to two years’ of the British equivalent of probation.
May 2008: She was arrested by London police for narcotics possession after a video circulated showing her appearing to smoke illegal drugs. She was eventually released.
April 2008: A 38-year-old man alleged that Amy hit him when he got in her way while she was playing pool at a London bar, and that she also head-butted another patron. She was left off with a warning.
October 2007: Amy was arrested at a hotel in Norway for drug possession with her then-husband while on tour. She paid a fine and was released.

Her July 23, 2011 death was officially ruled by a coroner as alcohol poisoning. She was found in bed unresponsive by a bodyguard, who testified that he’d seen her drinking moderately the previous three days. At the time of her death, she five times the legal limit of liquor in her system, an autopsy found. Her funeral was held July 26, 2011 in north London. 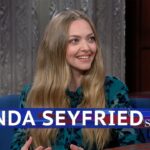 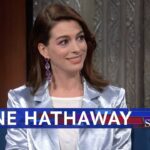