How much is Amy Schumer worth?

Meet Amy Schumer, an award-winning comedienne, writer, producer, and actress. Many will know Amy from Inside Amy Schumer, the Comedy Central show which ran for 4 seasons. Fast forward, Amy needs no other introduction as she has since starred in films like Trainwreck (2015) and Snatched (2017) starring opposite Goldie Hawn, opened for Madonna‘s Rebel Heart Tour (2015), performed in Steve Martin‘s Broadway comedy play Meteor Showers (2017). During the COVID-19 lockdown months, Amy has even teamed up with husband Chris Fischer in the Food Network’s series, Amy Schumer Learns to Cook.

In 2019, Amy gave birth to her first child, a boy whom she named Gene. Amy is the beloved wife of two years to Chris Fischer. She was born in New York, NY on June 1, 1981. Amy was Class Clown in high school, attracting attention to herself as the funniest girl in school. After high school, Amy went on to Towson University in Baltimore where she graduated with a degree in Theatre. After graduation, Amy returned to New York where she studied at the William Esper Studio for 2 years, while bartending and waitressing.

During her early teens, her father became very ill with multiple sclerosis and this changed everything for her. She found an outlet in telling jokes and making others laugh. It’s known that her experiences have given her an outlook on life that wasn’t very common among young women. In her earlier years, she tended to view her relationships in a morbid way, thinking of worst-case scenarios in relation to potential long-term care for her partners.

She is one of the most creative and hilarious comedians in stand-up and comes through with her brand of “culturally aware humor”. Amy was a regular in the stand-up comedy circuit when she made her breakthrough on NBC Reality Show: Last Comic Standing in 2007. Although she did not win, she went on to headline a TV episode of Comedy Central Presents in 2010. Her Inside Amy Schumer was given the go-ahead by Comedy Central in 2013, and that catapulted Amy into one of the respected comedienne that she is today. Inside Amy Schumer won the Peabody Award in 2015 and Amy won a prime-time Emmy Award in the same year.

How did Amy Schumer get so rich?

Amy Schummer is currently known in 2020 as the wealthiest female comedian in the world with a net worth of about $17 million. Her best year yet was in 2017 where she reportedly earned as much as $37.5 million. She has definitely taken an approach different from other comediennes, with her raunchy self deprecating humor that was traditionally the preserve of the boys’ club. Her brand of humor is coarse, dark, and self-referential but is praised for being culturally aware at the same time. This was exactly what won her the Peabody Award in 2015 for Inside Amy Schumer.

Along with her stand-up comedy acts, Amy has starred in several Hollywood Box Office hits, playing an actress in the comedy genre. In 2016, she performed to a sell-out crowd at Madison Square Garden. The storied venue has a seating capacity of over 18,000. She was the first female stand-up comic to do so.

In 2017, The Leather Special produced by Netflix, while becoming controversial after commentators from Reddit thumbed it down, contributed to Schumer’s wealth. Her book The Girl with the Lower Back Tattoo and endorsements from Bud Light and Old Navy rounded out her net worth nicely. In 2019, Amy was placed in 7th place of the year’s highest-earning comedians, reportedly earning some $21 million that year.

One of the most endearing qualities of Amy Schumer is her ability to laugh at herself while doing stand-up comedy acts. Her personality is warm making her approachable and someone you would want to spend your time around. This quality probably had a lot to do with her epic success in comedy.

Amy started her career working as a stand up comic at many venues that weren’t generally known for their popularity. Her first introduction to the world was when she performed on Last Comic Standing and placed in the top 5.

Comedy Central gave Amy a chance with her own sitcom and it was at this point that she became internationally known in her own show called Inside Amy Schumer. Amy won her first award in 2015 when she received her first Emmy for this show. It was obvious to the world that this girl was going to make it with her raw personality and her unapologetic humor on life and sex. Her rise to fame also includes performances on Broadway and some outstanding performances in comedy films. Among her other successful ventures, Amy and chef-husband, Chris Fischer, hosted their own cooking show on the Food Network Channel, called Amy Schumer Learns to Cook (May 2020).

Amy is also intimately involved in campaigning for Multiple Sclerosis, as she has watched her father suffer from the same condition. Her accomplishments have given her a platform to stand up for the personal convictions she has. This woman is a superstar not only by the monetary success she has achieved but also through her philanthropic philosophies that she lives by.

Amy’s hard work and dedication were the ultimate reasons for her success. Her childhood years were sad in that she went from being a child in a well-to-do family to a family in distress when her father’s business failed and then fell seriously ill with multiple sclerosis.

She struggled internally, but unlike many, she used these struggles and looked at life with humor and honed her performing skills with jokes about life, sex and challenges faced by professional women.

Amy worked hard performing at venues that didn’t promise much at the time but took her chances by entering the reality show Last Comic Standing. Although coming in at fourth place, Amy did not dispair. She used her exposure to the fullest, winning a chance to headline Comedy Central Presents in 2010, and later as we know, 4 seasons of Inside Amy Schumer which launched her career.

We calculate Amy Schumer is worth $17 million dollars in 2020.

Amy is one of the funniest comedians I have ever watched and I have a great appreciation for the type of humor that she shares with the world. It is refreshing for an icon to approach the world in a way that helps us all feel comfortable in our own skin in a day and age where people are so hard on themselves and quite frankly, sometimes just too serious.

She has a following and uses this as a platform to fight for the causes that she believes in, because she knows she has a social responsibility to make a difference due to the fact that she has been given these gifts.

Today, Amy is the beloved mother of a baby boy and wife to chef Chris Fischer. She also works with cousin Senator Chuck Schummer in trying to change fire-arm legislation to provide for more thorough background checks. 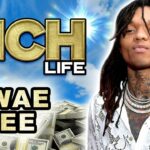 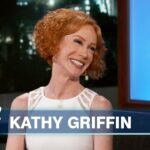