How much is Amanda Bynes worth?

Who Is Amanda Bynes

Amanda Bynes is a popular American actress, comedian, fashion designer, and singer that rose to prominence in the early 1990s with her impressive acting skills. She began acting when she was a child and starred in various Nickelodeon productions – “Figure It Out” and “All That”, both of which helped her receive a lot of opportunities. Thanks to her acting abilities, Amanda soon landed in the spin-off series titled “The Amanda Show”, in which she was once again the protagonist. The show aired from 1999 to 2002 and helped her establish herself as one of the most promising actresses.

Throughout the early 2000s, the actress continued to make a name for herself and began working in different productions. Among some of the films and television series that further elevated her career were “What I Like About You”, “Big Fat Liar”, “She’s The Man”, “Hairspray”, and “Easy A”. Ever since 2010, Bynes became more and more popular mainly because of her struggles with substance abuse, which often caused legal issues. After spending several years off the stage, Amanda announced in 2018 that she will be returning to acting.

American actress Amanda Bynes has a net worth of $3 million dollars, as of 2021.

How Did Amanda Bynes Get So Rich?

What made the actress rich were her charisma and captivating abilities to perform. Shortly after she had began acting, Bynes was discovered by a Nickelodeon producer, who offered her to audition for some of the network shows. Immediately after she auditioned for the “All That” comedy series, Amanda received the role of “Ask Ashley”, one of the series’ major players. She joined the show for seasons three, four, five, and six, airing from 1996 to 2000.

Her outstanding performance earned her a role in her own sketch comedy show – “The Amanda Show”, airing from 1999 to 2002. The show also served as spinoff series to “All That”, in which she played the main protagonist. Both of her roles in the comedy shows earned Amanda her first nominations for awards. In the early 2000s, she won one Nickelodeon Kids’ Choice Award in the category “Favorite Television Actress”, as well as two Kids’ Choice Awards for “Favorite Television Actress”.

Shortly after the sketch show ended, Amanda earned the first film role that helped her establish her own fan base. She starred in the 2002 film “Big Fat Liar” where she played the role of Kaylee, the opposite of Frankie Muniz. Also in 2002, the actress landed a role in the sitcom “What I Like About You”, which aired from 2002 to 2006. In the sitcom, Bynes played the role of Holly Tyler, one of the series’ main characters.

Amanda Bynes became famous in her early years when she landed several roles in the Nickelodeon series, most of which were comedies. She was born on April 3, 1986, in Thousand Oaks, California to a dentist and dental assistant/office manager. She began acting at the young age of 7. At the time, she attended different comedy camps. Some of the guest instructors that she met during that time were Arsenio Hall and Richard Pryor.

In what was her television (and professional acting) debut, Amanda worked a television advertisement for the Buncha Crunch candies. To further improve her acting skills, she spent most of her childhood taking classes and starring in musicals. Among some of the many musicals that she took part in during her pre-teen years were “Annie”, “The Music Man”, “The Secret Garden”, and “The Sound of Music”.

Amanda’s success came after she began starring in films. In 2003, she made her voice-over debut when she starred in “Charlotte’s Web 2”, followed by the 2005 animated comedy “Robots”. In July 2003, the actress graced the cover of “Vanity Fair” alongside other young female actresses. She continued to appear in various lists and magazines, including Teen People’s 2006 list “25 Hottest Stars Under 25”.

In the mid-2000s, Bynes mostly starred in films such as “What a Girl Wants”, “Love Wrecked”, and “She’s The Man” with Channing Tatum. Released in 2006 and inspired mostly by William Shakespeare’s play “Twelfth Night or What You Will”, the movie became one of the most well-liked comedies of 2006. At the peak of her career, Bynes took part in the 2007 film “Hairspray” that boosted her popularity and wealth and earned her a few awards.

With a box office of $203 million, “Hairspray” is by far Bynes’ most successful film. Besides being a commercial and critical success, the film also earned a Grammy nomination for its “Hairspray soundtrack” in the category “Best Compilation Soundtrack Album”. Bynes herself took part in two of the songs from the album – “Without Love” and “You Can’t Stop The Beat”. Also that year, she took part in the romantic comedy “Sydney White”, and with $2.5 million as her net worth, she was ranked number 5 in Forbes’ list of the “highest-paid celebrities under the age of 21”.

Continuing the momentum that she picked after her role in “Hairspray”, Amanda appeared in “Family Guy” and worked the 2008 film “Living Proof”. As of now, her last role is in the 2010 comedy “Easy A”, which earned her nominations for two awards – “MTV Movie Award” and “Screen Actors Guild”. At the same time, she was planning to perform in two different films – “Post Grad” and “Hall Pass”, however, plans failed, and instead, she announced an indefinite hiatus from acting.

Ever since then, the actress has suffered from bipolar disorder and has had multiple substance abuse issues that sparked some legal problems. In 2018, after years of being inactive and being surrounded by controversy, the actress revealed her intentions to return to acting in the near future.

Despite the controversy and setbacks that surrounded her in the past couple of years, Amanda Bynes quickly made a name for herself. Outside of acting, she is also known for being an entertainer and fashion designer with an Associate’s of Arts Degree.

Thanks to her impressive work in some Nickelodeon series during her childhood, the actress landed several roles in some moderate box office productions such as “Hairspray” and “Easy A” that really helped her become rich and successful. 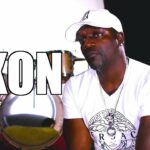 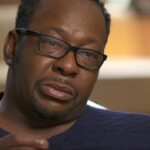